UPDATED: Timeline of the Coronavirus
Governance 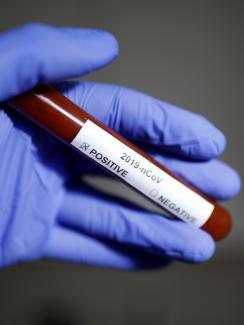 Think Global Health is a multi-contributor website that examines the ways in which changes in health are reshaping economies, societies, and the everyday lives of people around the globe. Launched on January 21, 2020, our editorial team has been closely monitoring the emergence of coronavirus, the COVID-19 pandemic, and its economic and social consequences. This timeline is a running account, gathered in real time, of key events as they unfolded. We will be updating this timeline frequently as new developments are reported. You can access all of Think Global Health’s coronavirus coverage here.

Week of March 7–March 13: One Fifth of All Students Worldwide are out of School; New York City Declares State of Emergency; NBA Cancels Season

Week of Jan 18–Jan 24: First Cases Appear in United States and Europe; The Closing of Wuhan

Samantha Kiernan is a research associate on global health, economics, and development at the Council on Foreign Relations (CFR).


Jason Socrates Bardi is the Deputy Managing Editor, Global Health, in the David Rockefeller Studies Program at the Council on Foreign Relations (CFR)