Go to homepage
The Global Experience of Gun Control
Governance

The Global Experience of Gun Control

Firearm deaths, including suicides, are averted when treated as a public health problem—so why not in the United States? 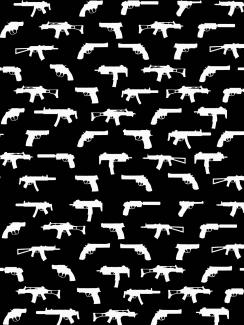 Most firearm-related deaths in the United States are the result of suicide, and we know suicide is the culmination of many problems, not just one. Bullying, substance abuse, and easy access to firearms may all be factors that interact with other social determinants to complicate any effort at a quick and easy fix. So why even bother contemplating gun control as a solution?

Simply put, it works, as a quick look at the experience of other countries and parts of the United States reveals.

Often a footnote whenever a mass shooting event occurs, the rising death toll from suicide alone deserves its own headline: as of 2017, according to the Global Burden of Disease Study, it is now the leading cause of death among men aged 15-49 living in the most advanced economies worldwide. In the United States, suicide is the second leading cause of death among this demographic, accounting for nearly 13 percent of deaths in 2017; that number has slowly ticked up from 10.9 percent nearly thirty years ago. In contrast, across China – our economic peer – rates of death from suicide among young men have declined by nearly half to 4.5 percent in 2017 over the same period of time.

If suicide is by definition complex, the variability seen in global prevalence rates may provide some simple clues to guide elected officials towards adopting impactful policies.

It is hard to ignore the clear link between increased access to firearms and higher successful suicide attempts.

In America, at least, while there are several causal explanations (our epidemic of substance abuse disorders as a primary example), it is hard to ignore the clear link between increased access to firearms and higher successful suicide attempts. If you decide to commit suicide, having access to guns makes you more likely to succeed. Youth suicide rates spike by over 25 percent for every ten percentage point increase in gun ownership rates across the United States. Nearly 45,000 Americans died from suicide in 2016, according to the US Centers for Disease Control and Prevention, and this problem is getting worse. Though we cannot address every ingredient contributing to this problem, removing the weapon of choice may be the first and most immediate answer to save lives.

Among most of our peer-countries, economically-speaking, gun ownership is much more tightly restricted. If you want to buy a gun across much of Asia, for instance, you better have a good reason to own one, and you will definitely be required to prove it. In China and India, both of which have comparatively lower rates of death from suicide, gun access is virtually out of reach to the vast majority. Aspiring owners can only use a firearm for recreational use, such as hunting or sport, and not for personal protection. In Japan, people must pass three separate background checks, including a police interview on their motivation for purchase. Across all three countries, as well as throughout most of Western Europe, taking a gun safety course is an absolute prerequisite to even beginning a discussion on gun ownership. The point here is that rigor is employed among many of our peer countries to mitigate the risk of guns intentionally or unintentionally harming oneself or others.

Multiple U.S states are also introducing laws to reduce death and injury from firearms. Red-flag laws, which allow for the removal of weapons from individuals who pose a risk to themselves or others, have been deployed effectively at the state level. Indiana and Connecticut passed red flags in recent years, and they’ve seen their rates of suicide deaths decreased by 7 and 14 percent, respectively.

Though they are not called the same thing, legislation similar to red-flag laws are present in Austria, Canada, India, Germany, Brazil, Russia, New Zealand, and several other countries. There, the emphasis is not on removing guns from individuals but in preventing high-risk individuals from gaining access to firearms in the first place. Documented proof of a clear mental health assessment is needed before gun purchase in all these countries, and that minimizes the need for red-flag laws as a reactionary tool.

So why don’t those lessons seem to inform the debate in the United States?

The bottom line in examining gun control around the world is that it works to improve public health, regardless of whether the approach is mandating gun safety training, which we know saves children’s lives, toughening permit requirements, mandating background checks, or all of the above. The global experience shows gun control has been effective at preventing suicide and saving lives.

So why don’t those lessons seem to inform the debate in the United States? Perhaps in the end, as complex and difficult as addressing the root causes of suicide may be, successfully enacting gun control measures often has felt like an even bigger lift (politically-speaking). But history also shows us that it is often the public health framing to contentious issues, whether it is taking on big tobacco to reduce smoking rates or challenging the fossil fuel industry to improve air quality, which may increase the incentives for legislators to take action.

Vin Gupta, MD, MPA, is an Assistant Professor of Health Metrics Sciences and Global Health at the University of Washington and Term Member at the Council on Foreign Relations