Go to homepage
Dr. Tom Frieden on the Politics of Epidemics
Governance 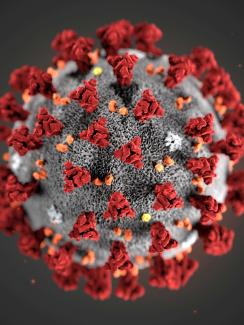 Coronavirus and other infectious disease agents don’t care about governments, ideologies, or borders. But politics in the fight against disease can cost us lives and money.

No matter how divided we are politically, we share a common enemy—dangerous microbes.

The world is increasingly divided. Conflicts fester and erupt around the globe. Most disease outbreaks now occur in politically unstable areas, particularly in the Middle East and Africa. These include not only relatively high-profile problems such as polio in Afghanistan and Ebola in the Democratic Republic of Congo, but countries with ongoing health and humanitarian emergencies such as Somalia, Syria, Sudan, Yemen, and elsewhere. But no matter how divided we are politically, we share a common enemy—dangerous microbes that can sweep across the globe in hours and kill indiscriminately.

A common interest in health can foster cooperation among nations and people. Three inspiring examples are:

Even when the benefit to people across conflict lines is clear, there are challenges convincing people to work together. Sample sharing—in which countries provide samples of microbes or other samples to other countries so all can learn and collaborate—is essential to mount a quick and effective response to an emerging illness. We need to prevent situations such as what happened when Indonesia withheld samples of avian flu from the World Health Organization. The Indonesian government was concerned that the samples would be used to develop vaccines that it would be unable to afford, leaving the country unprotected.

Despite progress, there continue to be instances of countries not sharing biological specimens. Some government officials and academic experts have the misconception that genetic sequences, which have been shared, make sample sharing unnecessary. In fact, even with advances in synthetic biology, actual samples (e.g., cultures of viruses or bacteria) are often needed for confirmation of emerging pathogens, deep sequencing (which can reveal a heterogeneity of genetic sequences), drug resistance testing, animal studies, and more.

With sufficient funding and political commitment, we can save lives and prevent widespread social and economic disruption.

But cooperation across enemy lines isn’t even the biggest obstacles to disease preparedness. Investment—public and private—is a bigger challenge to international cooperation. Companies usually don’t invest in developing new vaccines and drug treatments if there is no market for them, but health equity should determine decisions more than financial equity. For new vaccines and treatment of deadly diseases, rational and reasonable pricing and profits, with access for all countries, will be essential to encourage countries to collaborate and to continue to support global efforts such as CEPI.

In 2020, the world has not yet closed life-threatening gaps in preparedness, which have been glaringly obvious for many years, and about which we know much more now. Dozens of countries, with a combined population of more than a billion people, lack basic systems to know if there’s an outbreak, figure out what’s causing it, stop it, and prevent the next outbreak. Investments in building these core capacities are critical. We need substantial, sustained, and predictable funding from the United States, multilateral institutions—particularly the World Bank and other development banks—bilateral donors, philanthropy, and every government to protect against health threats that can affect us all.

Although adequate preparation will cost several billion dollars more per year, we can’t afford the far higher human and financial costs of continuing to be unprepared. In lower income countries, it costs about one additional U.S. dollar per person per year to establish the systems needed to prevent, detect, and respond to continuing and emerging health threats. A pandemic could cost many times that amount.

Amount per year needed to prevent, detect, and respond to continuing and emerging health threats.

SARS, Ebola, and the novel coronavirus show that we don’t have the luxury of time. We need systems in place in advance to quickly find and aggressively fight disease. Whatever happens with the current coronavirus outbreak, it is inevitable that there will be future health emergencies. What’s not inevitable is that we continue to be underprepared for them. With sufficient funding and political commitment, we can save lives and prevent widespread social and economic disruption.