Is chronic kidney disease the canary in the coal mine in terms of feeling the health impacts of climate change? 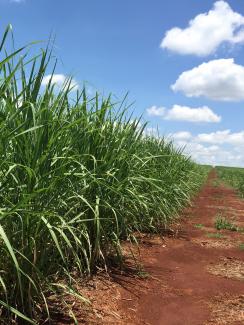 Kidney disease increases are concentrated among farm workers in hot, humid conditions, including sugarcane fields in Central America, similar to this one in Jacarezinho, Brazil on January 1, 2019. REUTERS/Marcelo Texeira
by Alton Lu March 9, 2020

Could the answer to the longstanding mystery about what causes so much kidney disease among farmers and laborers in Central Latin America be that it is an effect of climate change? Over the last thirty years, countries like El Salvador, Honduras, and Mexico have had deaths due to chronic kidney disease increase 177 percent, according to the Global Burden of Disease (GBD) study led by the Institute for Health Metrics and Evaluation (IHME). The global increase was only 66 percent over same period. Further, a recent GBD study in the Lancet found that in 2017, the rate of kidney disease in Central Latin America was 11,116 per 100,000 people while the global average was only 8,724. The question that researchers have always asked is: why does this difference exist?

Over the last thirty years, countries like El Salvador, Honduras, and Mexico have had deaths due to chronic kidney disease increase 177 percent

But Central Latin America defies this logic. While the region has higher rates of diabetes, it doesn’t account for the full picture of kidney disease in the region. If you go down the list of other causes of kidney disease (high blood pressure, poisoning, or glomerulonephritis—inflammation of the filters in the kidneys), nothing explains kidney disease among agricultural workers.

This mystery has been discussed extensively among kidney researchers. Some argue that it’s simply poor health infrastructure that leads to these poor health outcomes. Others hypothesized some farming related risks, such as pesticides or pollution. Another possible reason is soda (Coke is a popular drink in Central Latin America).  But none of these were able to fully explain the mystery.

These increases were concentrated among farmers and workers in hot, humid conditions, like the sugarcane farmers in Latin America. These trends have led researchers to suggest that climate change could be the culprit. The idea is that heat stress and subsequent dehydration caused by climate change in these regions is the main driver of the increase in kidney disease. The scientific debate isn’t settled, however. While researchers know long-term heat exposure and dehydration contribute significantly to kidney disease in these regions, the lack of comprehensive screening does not rule out the impacts of agrochemicals or other risks that have yet to be discovered.

How Heat Can Damage the Kidneys

Kidneys are particularly vulnerable to damage from high heat. Because kidneys remove waste through urine, along with maintaining blood volume, loss of hydration due to sweating stresses and damages the kidney. Kidneys can be even more stressed without re-hydration or access to health care. In this way, kidneys may be one of the first directly measurable impacts of climate change on human health.

If heat is indeed the cause of increased deaths from chronic kidney disease, this impact may become even worse as climate change continues to increase the number of heat waves people experience globally. Heat waves are defined as a three-day period where the minimum temperature exceeds the ninety-ninth percentile of average historical temperature. A Lancet study has estimated that in 2015, 175 million more people experienced heat waves compared to the year 2000. And these heat waves are more dangerous in areas without health care access, air conditioning, or clean water.

The Impact of Kidney Disease

Kidney disease is costly and damaging to countries and their people. A study on Guatemalan sugarcane workers suggests that workers with some impaired kidney function process 1.16 fewer tons of sugarcane over a three-day period and were twice as likely to leave the job early. The U.S. Medicare system spends roughly 23 percent of all payments on treating kidney disease—to the tune of $114 billion in 2019.

U.S. Medicare spends roughly 23 percent of all payments on treating kidney disease—to the tune of $114 billion in 2019

At an individual level, kidney disease is devastating. You can enjoy life during the early stages of kidney disease—just possibly urinating more. But in the later stages, fatigue, nausea, and swelling is common. Life and work can become a daily struggle, as the sugarcane worker research showed. Advanced, end-stage kidney disease can be a huge imposition on people and their families, requiring twelve to fifteen hours a week of dialysis just to prevent life-threatening complications.

Kidney disease is potentially one of the best leading indicators of the impacts of climate change on human health. As we continue to see the indirect impact of climate change on human health, from environmental migrants to wildfires in Australia and California, the direct health impacts are something less discussed and less known. Watching kidney disease unfold across the world may give us a deeper understanding of the sort of impact to expect in the years ahead.

EDITOR'S NOTE: The author is employed by the University of Washington’s Institute for Health Metrics and Evaluation (IHME), which leads the Global Burden of Disease Study. IHME collaborates with the Council on Foreign Relations on Think Global Health. All statements and views expressed in this article are solely those of the individual author and are not necessarily shared by their institutions.

Alton Lu is a researcher at the University of Washington's Institute for Health Metrics and Evaluation (IHME).