Go to homepage
The World is Unprepared for the Unthinkable
Governance 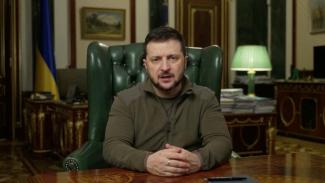 As Russia continues to attack Ukraine this week, targeting civilian locations in Kyiv using drones, the risk of deployment of a biological attack—the deliberate use of an infectious agent to cause harm—is an increasing concern in Ukraine, and throughout Europe and North America. It also adds to the existing threat of the use of nuclear weapons.

International law clearly forbids the use of biological weapons

A biological attack in Ukraine or anywhere would have profound and far-reaching political, military, and health consequences. The immediate impact would be to exacerbate the already profound human suffering that is occurring in the country and it would place further strain on already struggling health systems. Depending on the pathogen used, a biological attack could present risks beyond Ukraine. Unlike other weapons, biological agents have the potential to spread widely. Neighboring countries could be at immediate risk, but, as the ongoing COVID-19 pandemic has shown, diseases can travel widely around the globe before they are noticed.

In 1987, the UN General Assembly established the Secretary General’s Mechanism (UNSGM) to investigate allegations of the possible use of chemical or biological weapons. To support the UNSGM, countries nominate experts to a roster of potential investigators for possible chemical and biological attacks, and the UNSGM calls upon these experts as needed.

The only time the UNSGM has been activated was for a chemical event in Syria in 2013. In that instance, the UN Organisation for the Prohibition of Chemical Weapons (OPCW), the implementing arm of the Chemical Weapons Convention, led the UNSGM’s investigation with support from international experts on the UNSGM roster, and from the World Health Organization (WHO). If a suspected chemical attack were to occur again, the OPCW would once again lead an investigation.

Unlike the CWC, the BWC has no equivalent implementing arm and there is no clear understanding of where leadership for an investigation would sit. Negotiations on the implementation of the BWC have been stalled for over 20 years because of disagreements among countries. Some experts on the UNSGM roster to investigate a possible biological attack come from national public health agencies, but if there were a biological attack in Ukraine, experts on the roster could be considered politically biased and unacceptable by other countries. At the same time, if WHO were called upon to participate in the investigation, its independence and neutrality might also be questioned, as has occurred (rightly or wrongly) during investigation of the cause of the COVID-19 pandemic.

Deliberately caused chemical events may spread locally, but in general, their impact is limited geographically around the original source. Conversely, biological events, whether deliberately caused or naturally occurring, have the potential to spread widely beyond the original source. COVID-19 and the H1N1 influenza virus strain are the most recent examples of widely spread, naturally occurring infectious agents. The deliberate release of an engineered biological agent has the same potential to spread widely across the globe. COVID-19 also showed that global collaboration and cooperation is more difficult in the face of individual national security considerations.

Overcoming the gap created by the lack of an implementing arm of the BWC requires advanced planning and effort. The following steps will be necessary should a biological attack be suspected:

The first three steps are similar to the routine public health response to outbreaks by national public health agencies, coordinated internationally by WHO. An important question is whether experts from the UNSGM roster and WHO have the capacity and resources to commit to these otherwise routine steps. The lagging interest in responding to COVID-19 does not bode well for marshalling resources for another biological emergency—especially one that is engineered and intended—or for the difficulty addressing the challenge of a surge of disinformation such as the disinformation related to vaccines.

The public health and medical response to a suspected biological attack may be hindered by the absence of a standard protocol to determine whether an infectious disease event was natural, accidental, or deliberate. The global community needs to develop agreements and protocols for responding to a health emergency that is suspected of being a deliberate attack. This will ensure that medical and public health organizations can respond quickly and work to save lives and prevent the pathogen from spreading. These actors will need to work with security agencies who will be trying to gather information related to the possible deliberate origins of the event.

If the investigation determines the event is deliberate, establishing blame would require authority and credibility, as attribution is a legal process with implications and consequences under international law. In the current political environment, and in the absence of any pre-existing organizational infrastructure or forensic and legal protocols, this step would be extremely challenging should a biological attack be suspected in Ukraine or in another country.

The challenges outlined above need to be debated and considered within the international community now so that, should there be a biological attack, a rapid and effective investigation that will save lives and minimize spread nationally and internationally will occur. Even the allegation that a biological attack has occurred could generate fears that further stress health systems and it may prompt national leaders to take actions that do more harm than good.

Failing to address this challenge now is a lost opportunity.


Jennifer Nuzzo is a senior fellow for global health at the Council on Foreign Relations (CFR).


David Heymann is distinguished fellow in the Global Health Programme at Chatham House, and professor of infectious disease epidemiology at the London School of Hygiene and Tropical Medicine.