Go to homepage
What's Next for COVID-19?
Governance 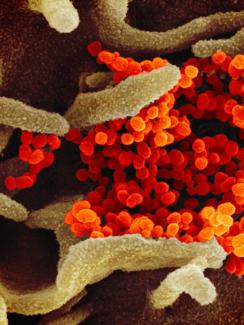 Three weeks ago, I wrote about what we need to know to confront the new infection that’s now known as COVID-19. Two weeks ago, I summarized emerging scientific knowledge, including that the virus spreads within households and hospitals more readily, although with less deadly outcomes, than SARS. Last week, I shared my alarm at extensive spread within one hospital as an indication of how risky COVID-19 is for health care workers and the public, as occurred with SARS and MERS and was just confirmed for COVID-19.

Right now, the crucial question for the world is whether the virus can be contained and eliminated, as SARS was, or is destined to continue to spread, as other coronaviruses that cause the common cold do. Containment means that the virus is eliminated, as we think SARS was eliminated, and no longer spreads among people. The odds of containment look vanishingly small, but not (quite) yet zero. There are at least half dozen good reasons to be pessimistic about containment, which may be why the U.S. Centers for Disease Control and Prevention (CDC) is foreshadowing that containment may be impossible:

On the other hand, all is not yet lost, and the benefits from containment would be enormous. There are at least half a dozen reasons not to give up hope:

We continue to learn more about the disease by the hour. And, by the time you read this, it may have already become clear that containment is not possible. If containment is possible, this will take weeks or months to confirm. In either case, the urgency and intensity of our response will be affected by the actual case fatality rate.

Containment would make an enormous difference to health around the world, but what practical difference does it make to what we need to do now?

If the virus is containable, then the travel restrictions put in place by many countries are both defensible and necessary

If the virus is containable, then the approach must be all-hands-on-deck to find infections and stop them from spreading in China and anywhere in the world. In this scenario, core public health measures such as early testing and isolation, contact tracing, and monitoring contacts are essential. The effectiveness of cordoning off entire communities and limiting travel is less clear, although it could slow diffusion of the virus, particularly from Hubei province, the current epicenter. If the virus is containable, then the travel restrictions put in place by many countries are both defensible and necessary. Even if containment isn’t possible, the intensive control measures being implemented in China and elsewhere may help slow and limit harms the virus causes.

If the virus is not containable, then rational control measures will depend on both how contagious and how severe the virus is. In all scenarios, some simple strategies are essential:

If the virus is not containable, spreads widely, and continues to have a case fatality rate in the 1 percent range, then we will be in uncharted territory – similar to an influenza pandemic, but caused by a different virus. Fortunately, extensive analysis and planning has gone into preparing for an influenza pandemic, and most of this planning is relevant in this worst-case scenario. Here’s what communities can do to blunt the health harms of a pandemic with a high case fatality rate, well outlined by CDC for influenza.

In this worst-case scenario, first, reduce the number of people who get infected. This can be done by closing or curtailing hours of schools, limiting public gatherings, and increasing social distancing; encouraging handwashing and cough etiquette; quickly isolating those who are ill or who are at risk for becoming ill and infecting others; and cleaning frequently touched surfaces. Reducing spread to health care workers, patients, and visitors in hospitals is particularly important.

Second, improve the chances of survival for those who are infected. This will require rapid diagnosis, learning about and applying optimal management for patients severely ill with the virus, and scaling up supportive care, including supplemental oxygen and mechanical ventilation to support patients until their infection subsides.

Third, maintain essential services, including both health care and broader social and economic activity. For example, public and private sector institutions may need to plan to continue operations if 40 percent of their employees are ill or quarantined—again, in the worst-case scenario.

Whatever happens with this coronavirus, we need much stronger public health systems, to find faster, stop sooner, and better prevent harms from the inevitable new infectious disease threats we will face in the coming years. Investing in these systems is urgently needed and could save the world tens of billions of dollars and millions of lives when the next new infection strikes.