Go to homepage
A Look at Women's Protests
Gender 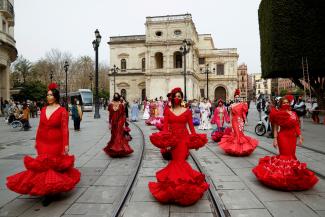 Women wearing flamenco dresses take part in a protest against the crisis in the flamenco fashion sector generated by the COVID-19 pandemic, in Seville, Spain, on February 26, 2021. REUTERS/Marcelo del Pozo
by Caroline Kantis and Lillian Posner January 13, 2022

Blocking roads, marching through the streets, burning tires, creating art, and holding performances. These are just some of the ways in which women make their voices heard. From Afghanistan to Colombia, women have been at the forefront of protests during the past few years, drawing attention to discrimination, abortion, violence against women, and economic inequality. Many of these issues have been intensified by the coronavirus pandemic, but across the globe, women have not been afraid to raise their voices in defense of themselves and those they love.

To highlight these expressions of women's activism, we compiled a slideshow looking at the ways women have spoken out against violence and injustice. 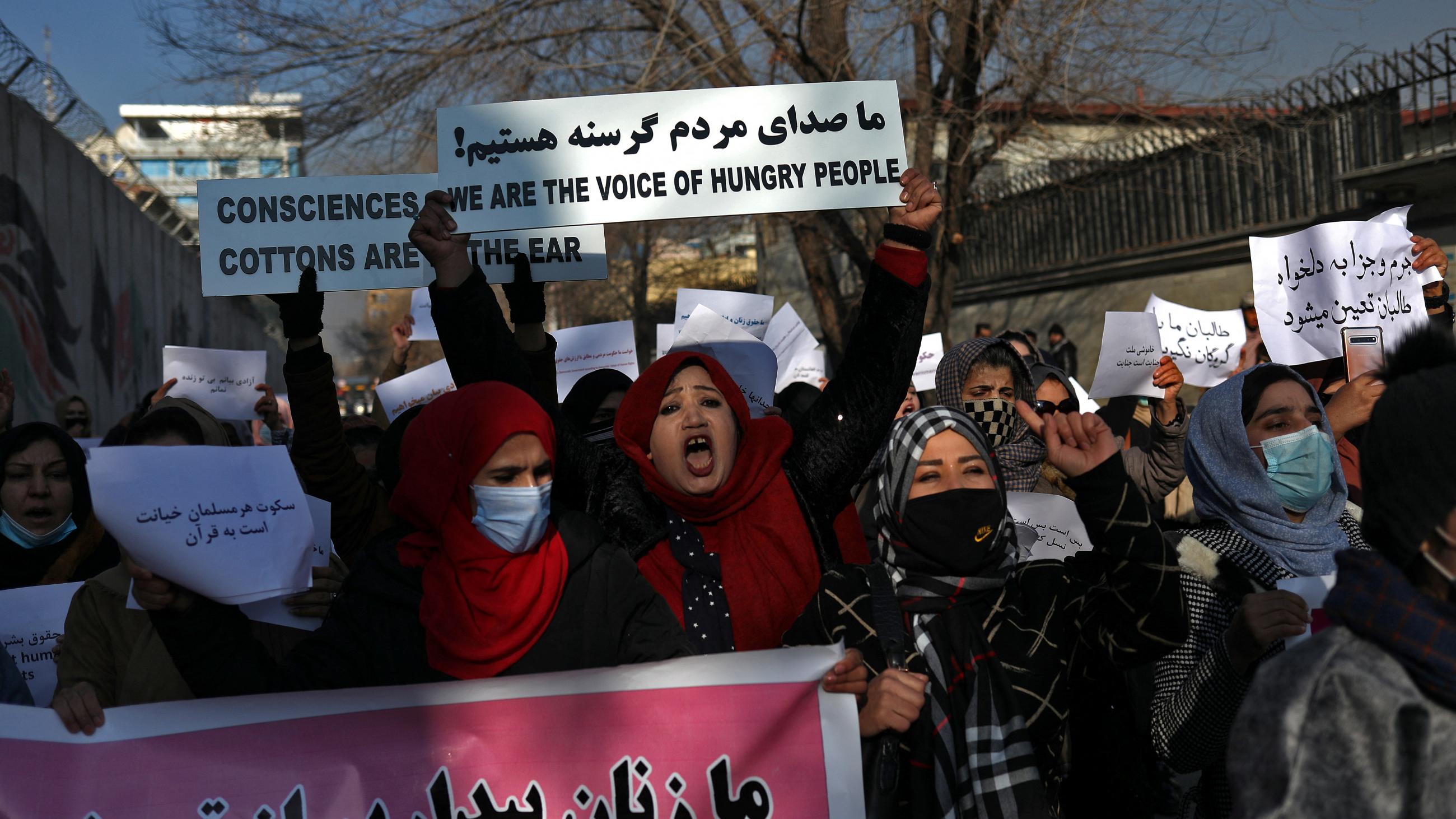 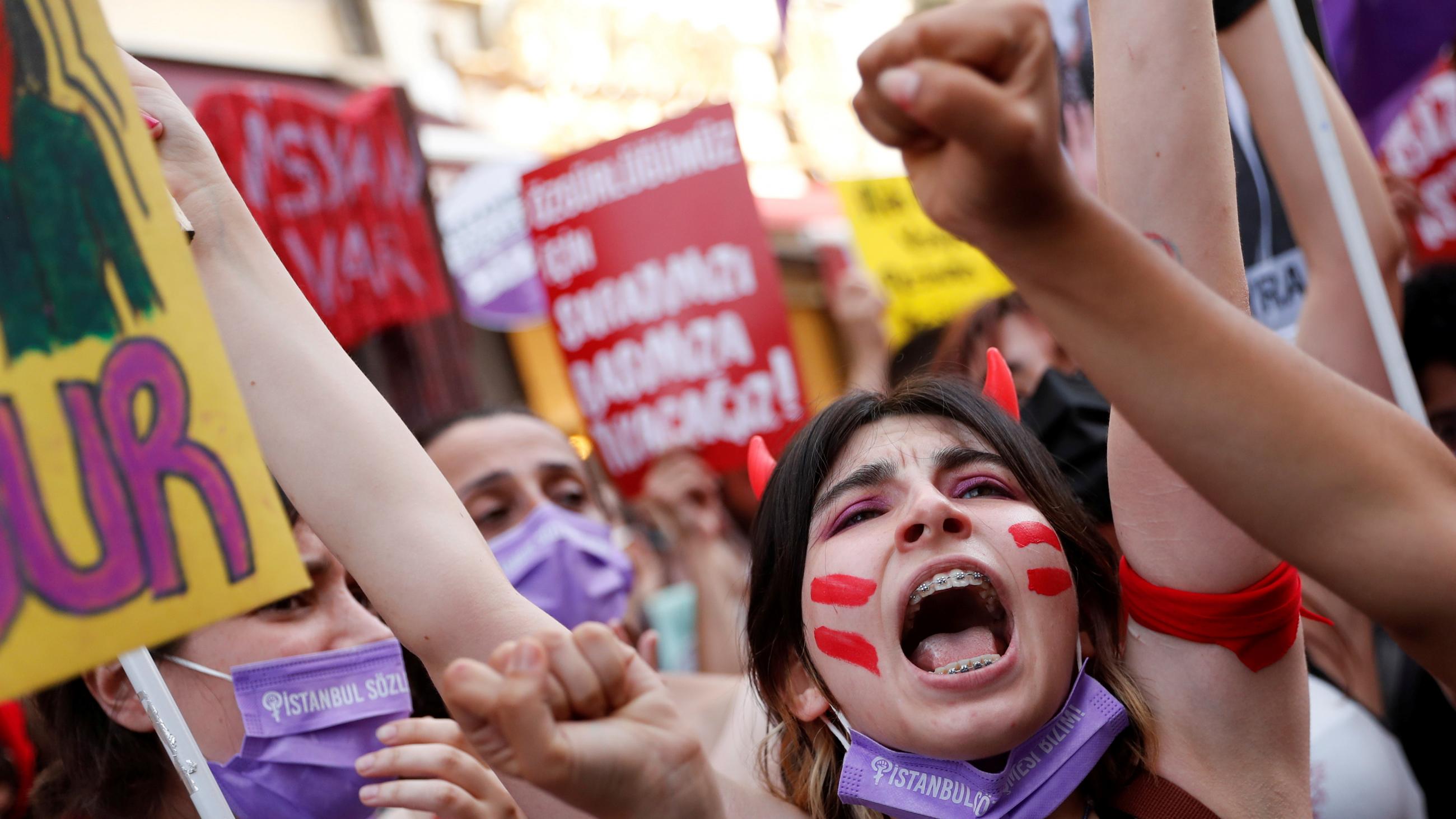 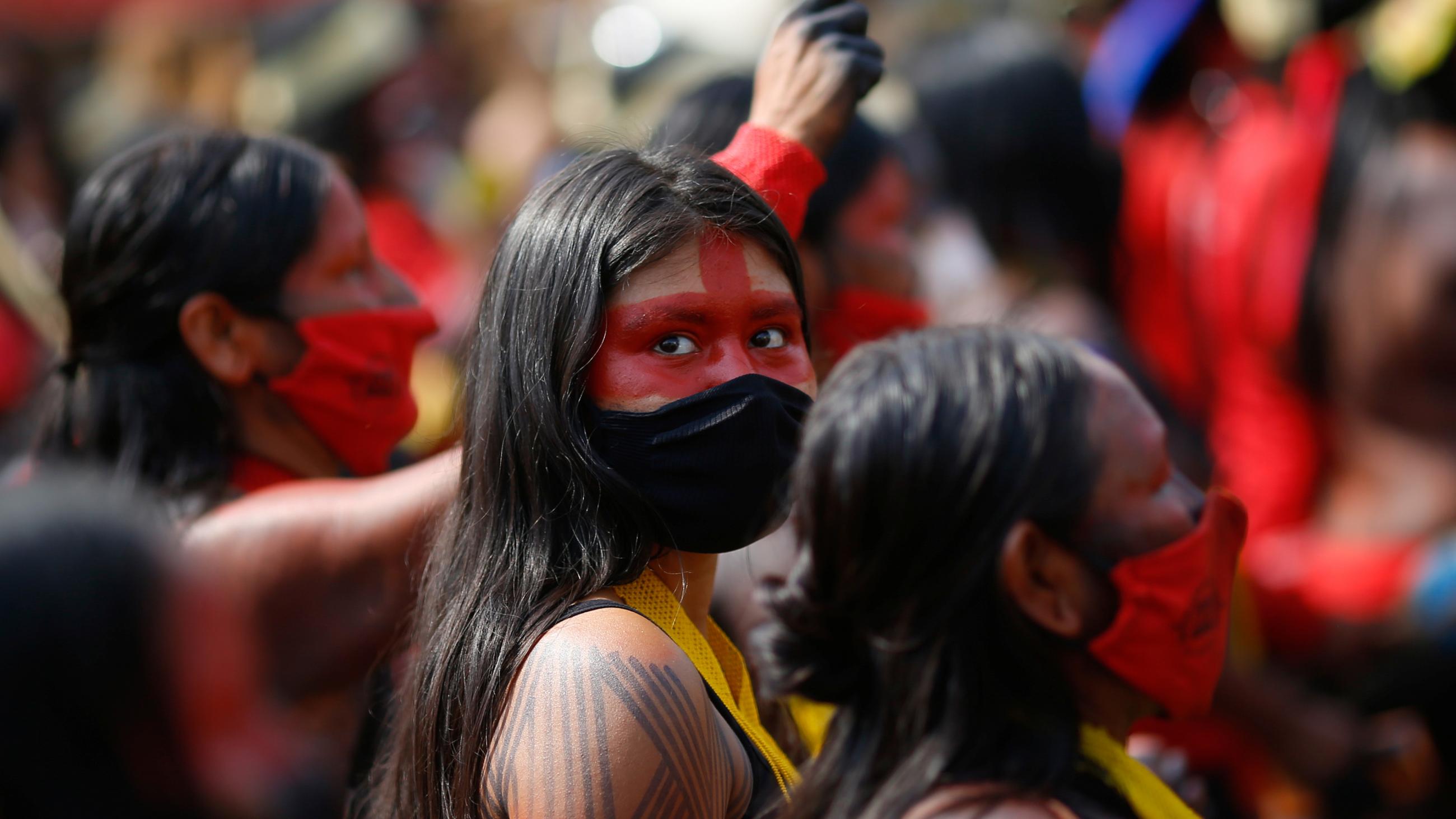 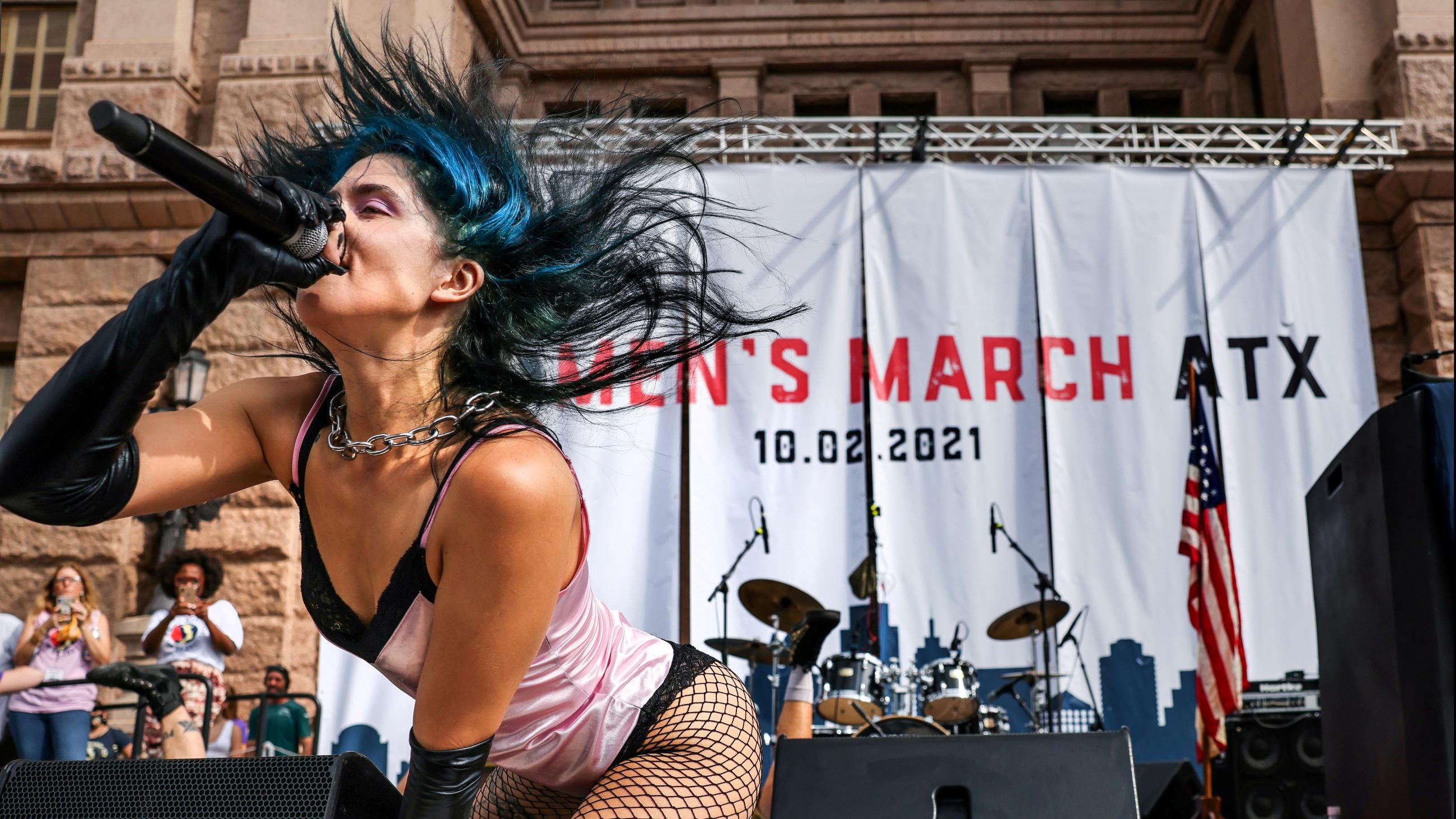 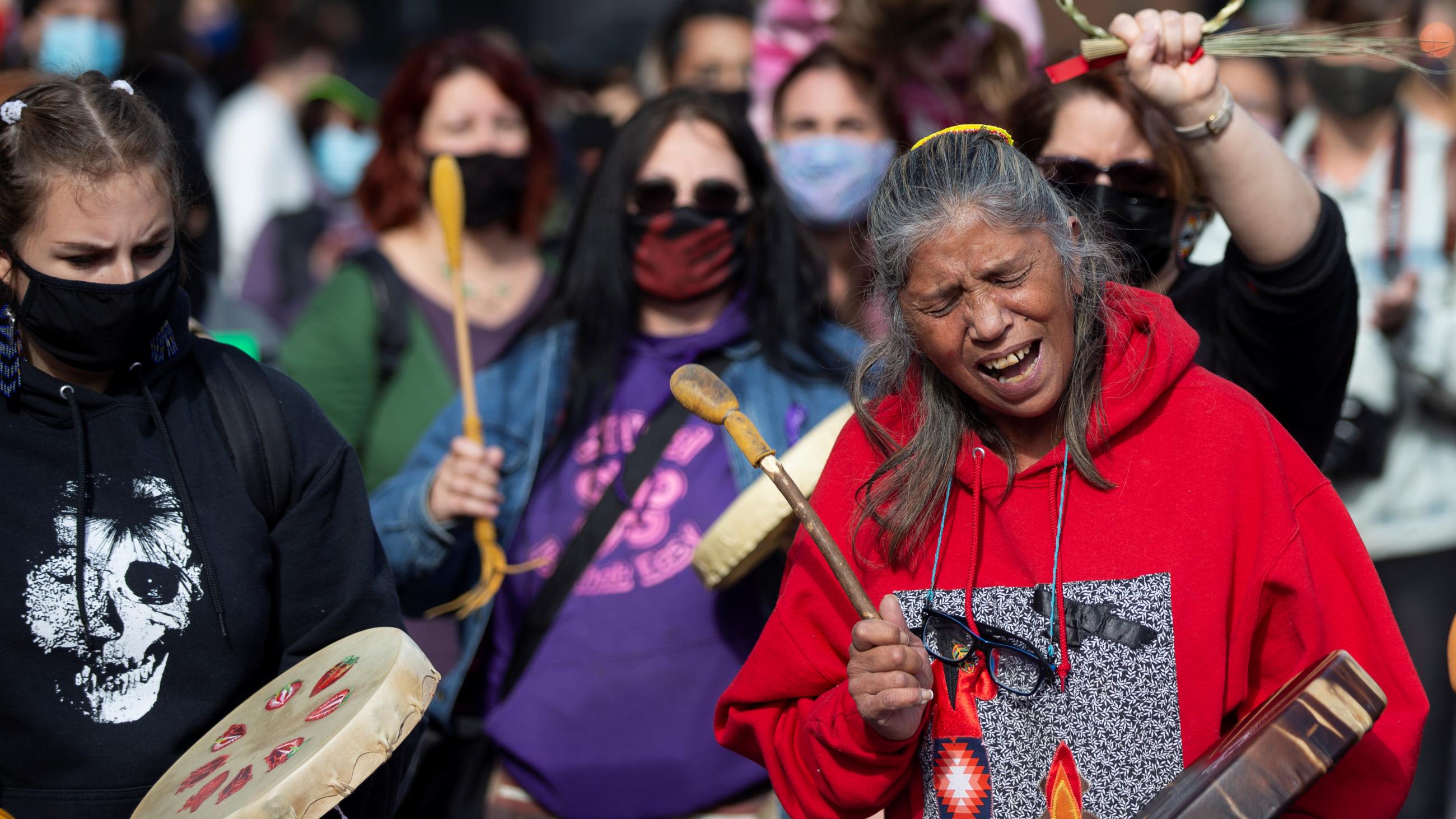 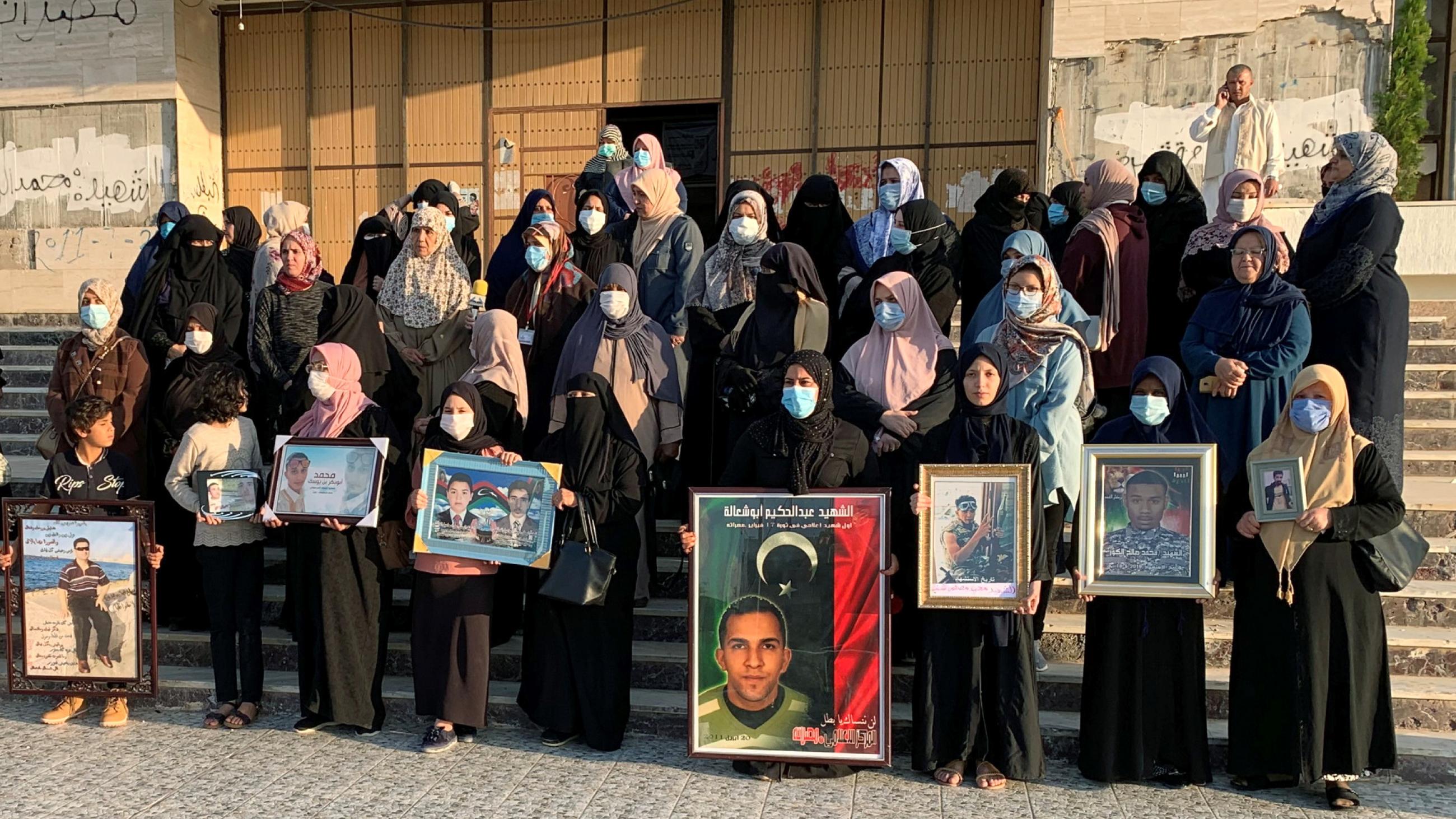 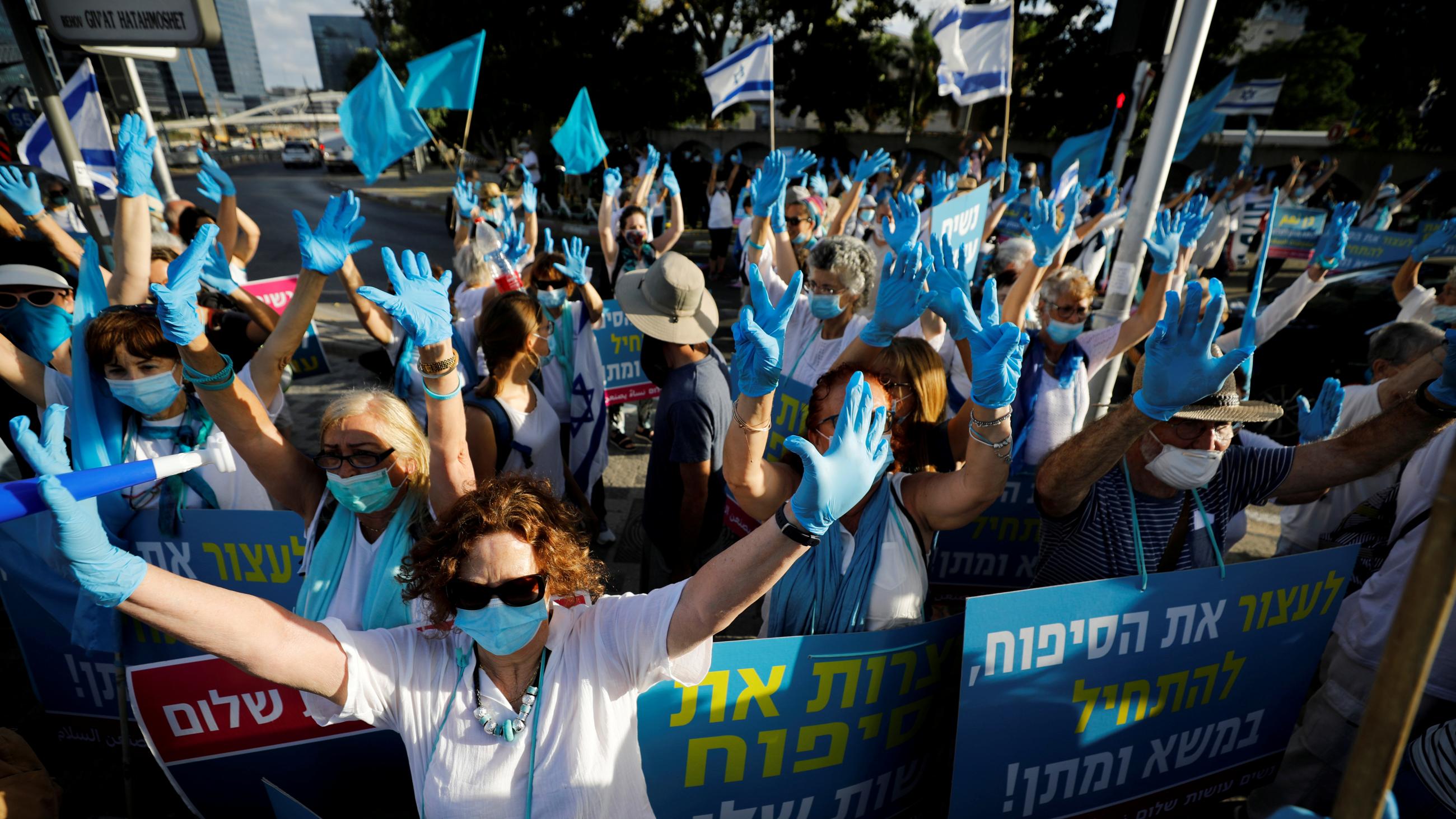 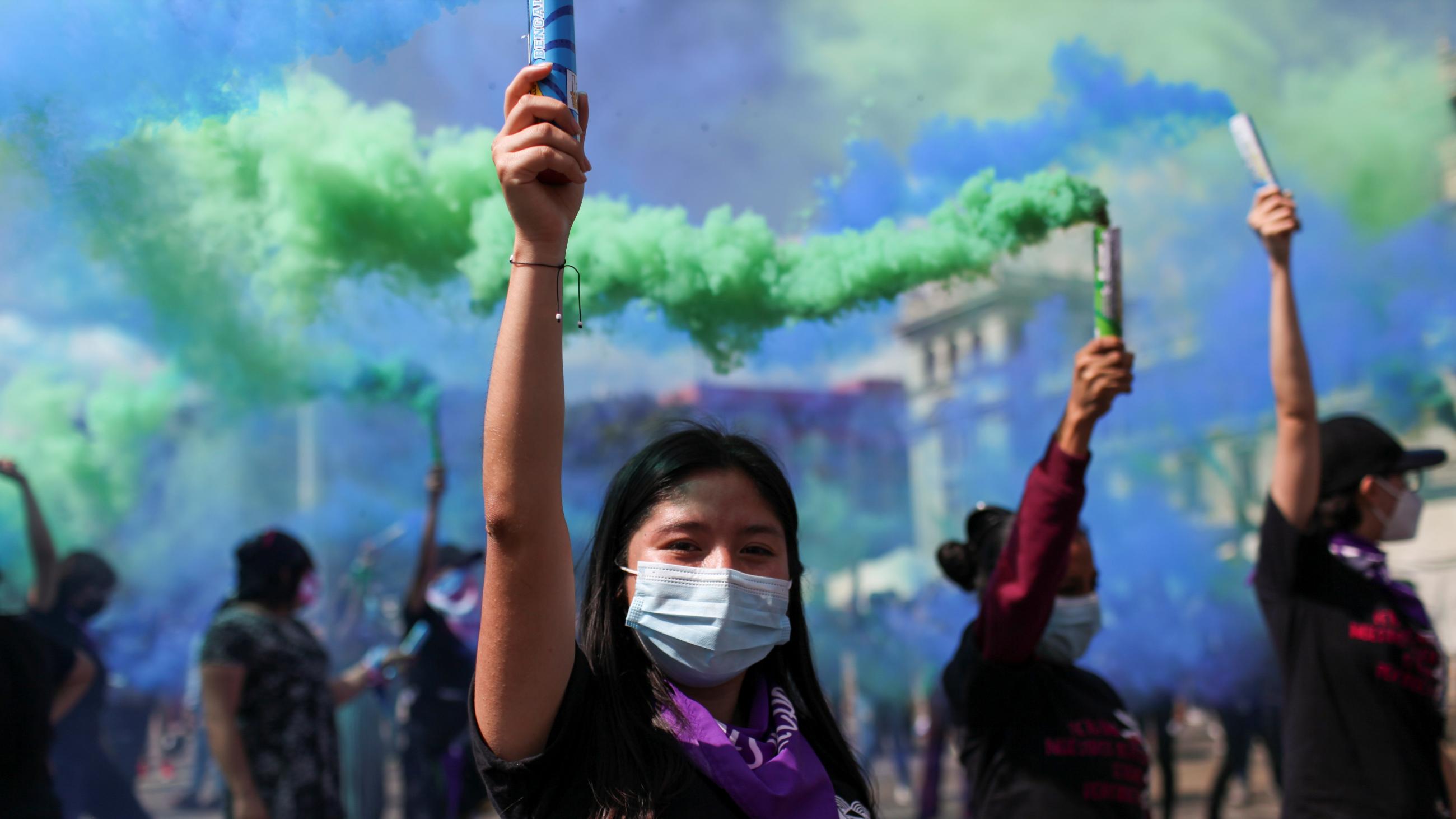 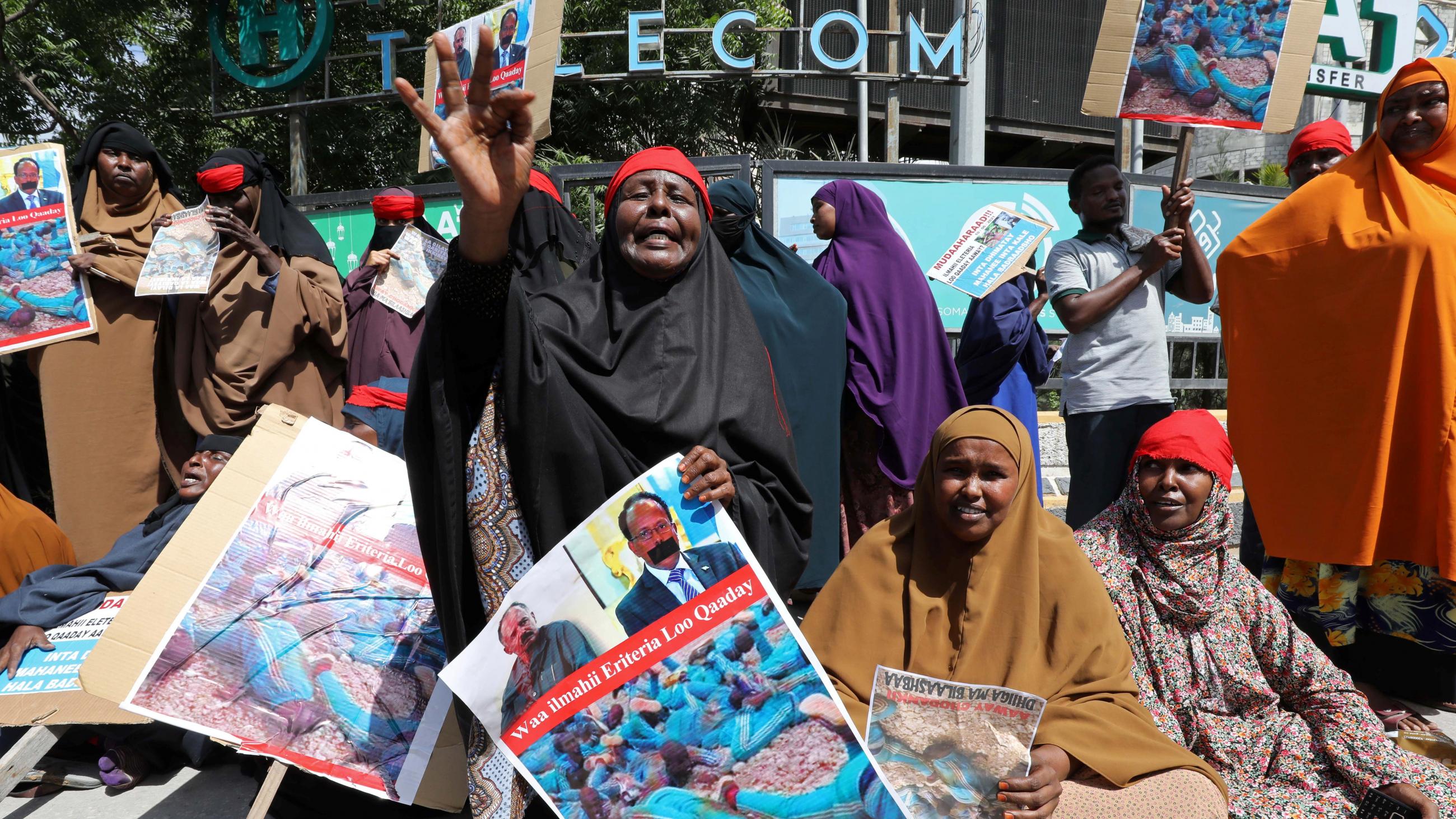 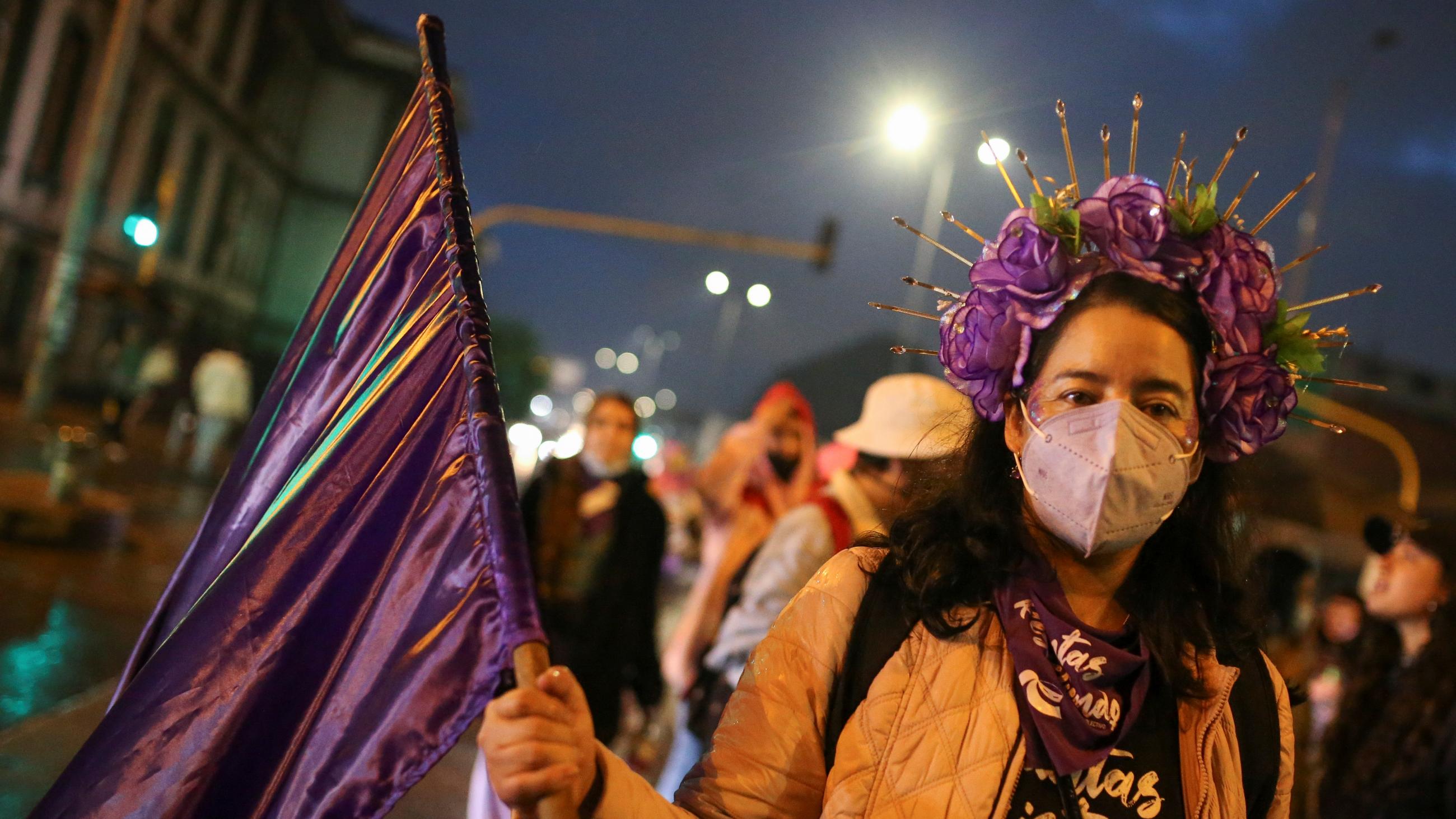 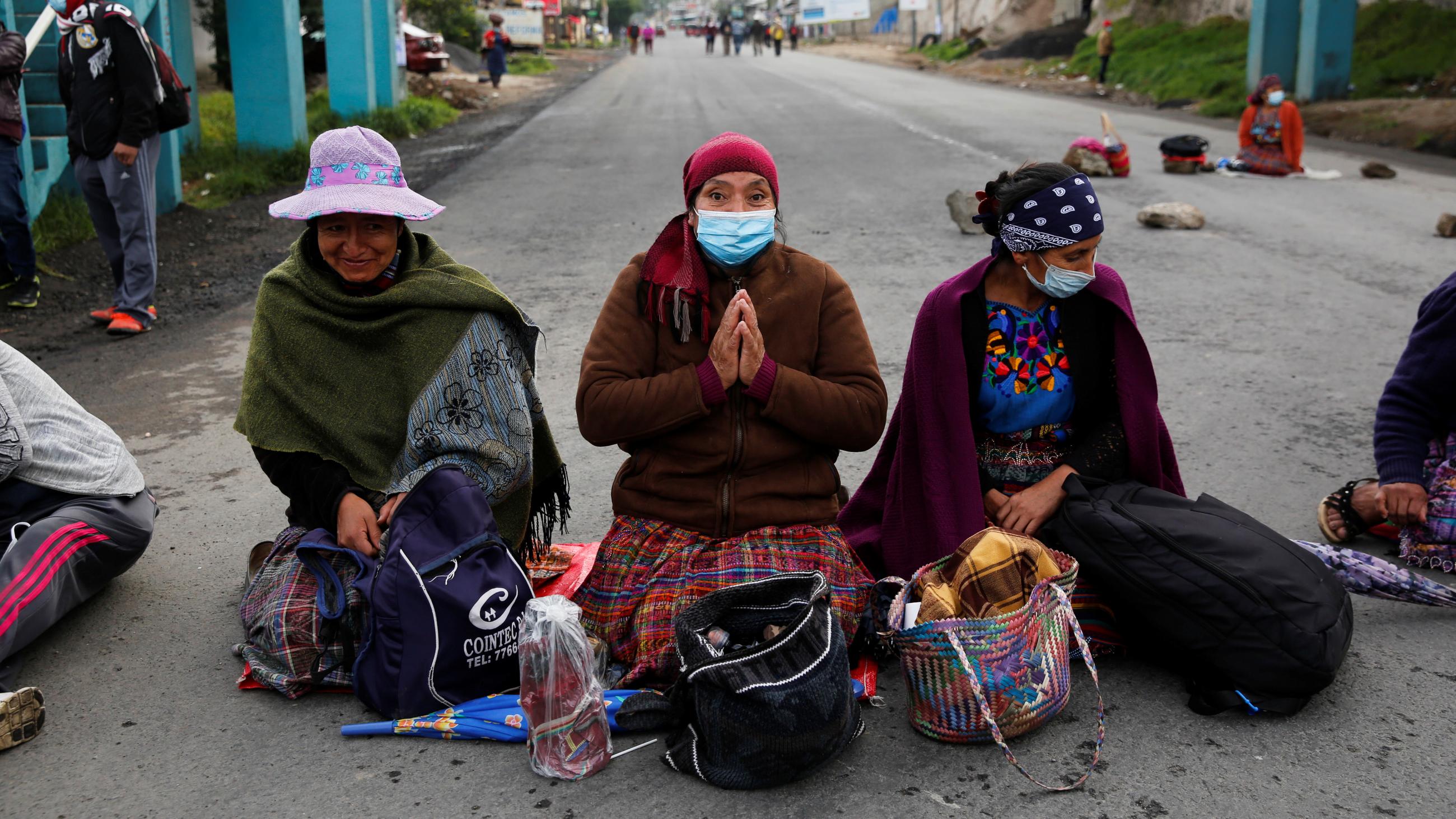 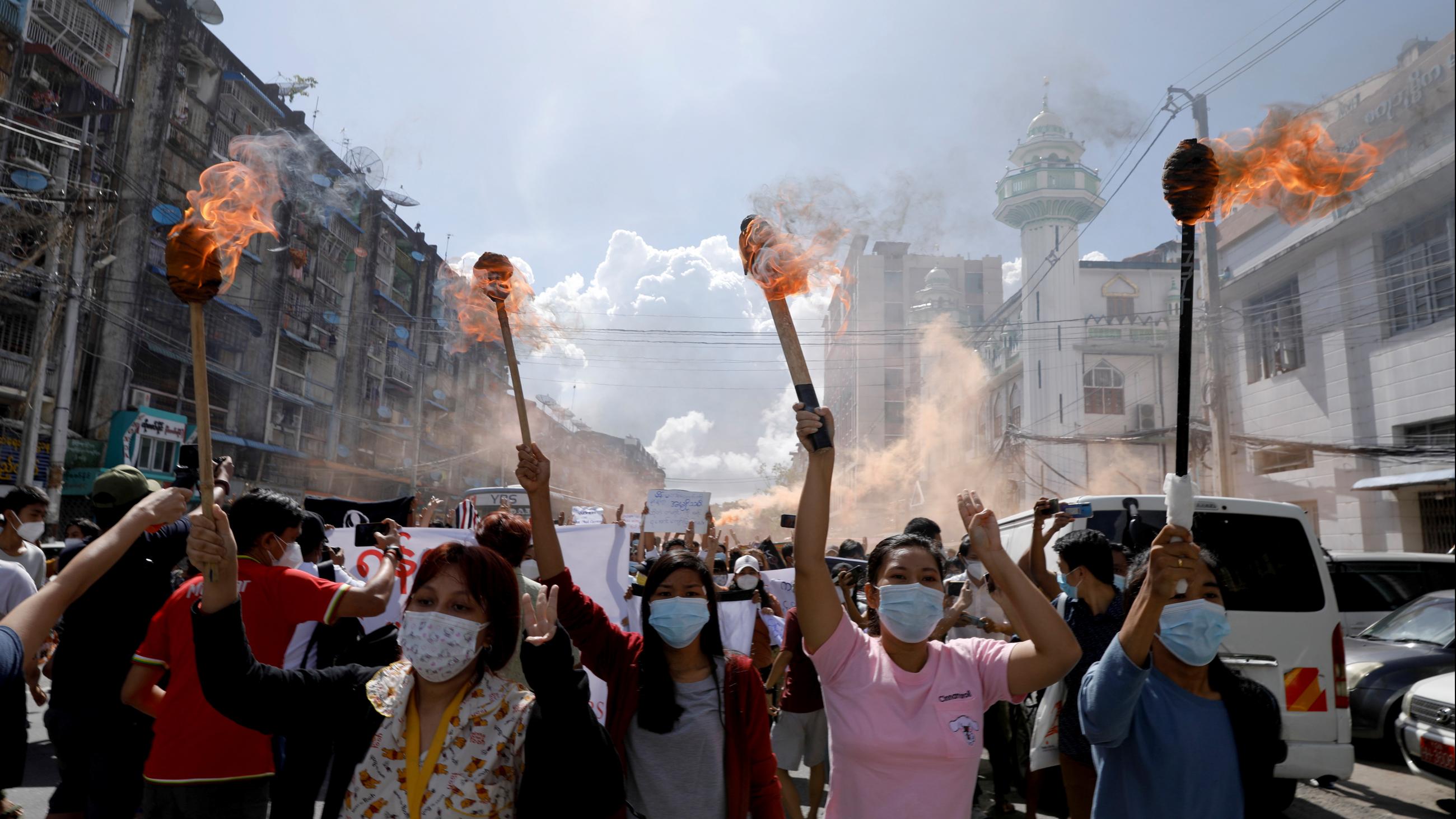 Since the fall of Kabul in August 2021, Afghan women have lost many of their freedoms including their right to work and their right to higher education, backpedaling on years of progress on women's rights in the country.

Here, Afghan women shout slogans during a rally to protest against Taliban restrictions on women, in Kabul, Afghanistan, on December 28, 2021.

In 2011, the Council of Europe opened the Istanbul Convention—an international accord designed to protect women from violence—for signatures. In 2012, Turkey became the first country to ratify the convention. Less than a decade later, Turkey also became the first nation to withdraw from the landmark convention.

Here, women protest against Turkey's withdrawal from the Istanbul Convention, in Istanbul, Turkey, on July 1, 2021.

A member of Pussy Riot, a Russian feminist protest punk rock and performance art group, performs in the nationwide Women's March, held after Texas rolled out a near-total ban on abortion procedures and access to abortion medications, in Austin, Texas, on October 2, 2021.

Women march to demand justice and raise awareness for Joyce Echaquan, an indigenous woman who died while subjected to racism at a hospital in September 2020, in Quebec, Canada. In October 2021, a Quebec coroner confirmed that a combination of “undeniable” systemic racism and health-care system failings contributed to her death.

Women protest a lack of government support after losing their husbands and children to the Second Libyan Civil War, in Misrata, Libya, on November 7, 2020.

Women take part in a protest, organized by the Women Wage Peace grassroots movement, against Israel's planned annexation of part of the Israeli-occupied West Bank, outside government offices in Tel Aviv, Israel, on June 18, 2020.

The placard in Hebrew reads, "Stop the annexation, start negotiations."

Every year on November 25, people all over the world gather to commemorate the International Day for the Elimination of Violence Against Women. Established by an official UN resolution in 2001, the date is a reference to the 1960 assassination of the Mirabel sisters, who stood up to Raphael Trujillo, a dictator in the Dominican Republic.

Pictured are women holding up smoke bombs during a protest to mark the International Day for the Elimination of Violence Against Women, in Guatemala City, Guatemala, on  November 25, 2021.

Tigray, the northern most regional state in Ethiopia, has been ravaged by a civil war between the Tigray People's Liberation Front and the federal government since 2020. In the past two years, thousands of people have been displaced and more than 50,000 declared dead due to conflict.

The fighting does not only affect Ethiopians. Here, Somali women who say their sons have been used as fighters in the Tigray conflict in neighboring Ethiopia, protest in Mogadishu, Somalia, on June 10, 2021.

The celebration for International Day for the Elimination of Violence Against Women continues.

Here, a woman takes part in a protest to mark the International Day for the Elimination of Violence Against Women, in Bogota, Colombia, on November 25, 2021.

In a move that upset many, Guatemalan President Alejandro Giammattei fired the country's top anti-corruption prosecutor Juan Francisco Sandoval, in July 2021. This decision came after Sandoval launched an investigation into the government's top officials. After hearing the news, Guatemalans took to the streets to protest and demand Giammattei's resignation.

Pictured are indigenous Mayan women blocking a road as they take part in a protest demanding the resignation of Guatemalan President Alejandro Giammattei and Attorney General Maria Porras, in San Cristobal, Totonicapan, Guatemala, on July 29, 2021.

After having a casual affair with democracy for the past decade, Myanmar's military launched a coup against the country's elected government and National League for Democracy Chair Aung San Suu Kyi, in early 2021.

Upset by the military takeover, a group of women hold torches to protest the military coup in Yangon, Myanmar, on July 14, 2021. 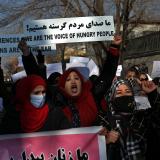 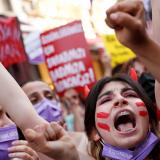 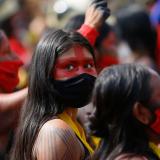 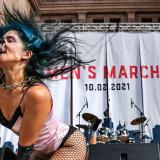 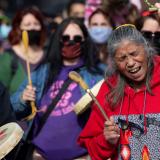 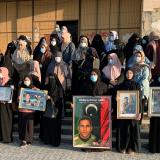 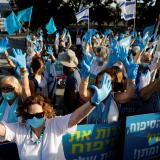 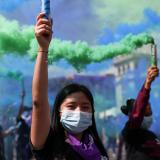 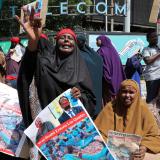 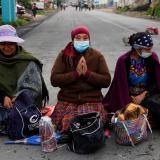 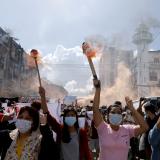