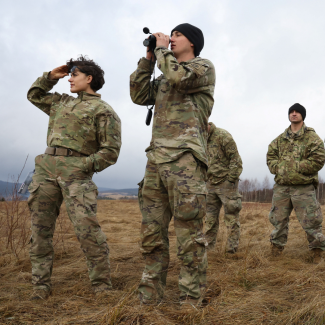 The Russian invasion of Ukraine has begun. A struggle for the balance of power in Europe between Russia and the United States has started. This demarcation moment in the twenty-first century will inflict death and destruction on the Ukrainian people, transform the European security context, and generate collateral damage well beyond this theater of conflict. Russia's aggression will produce adverse consequences for global health diplomacy and governance. Vladimir Putin's war of choice throws a Molotov cocktail into the world's halting, incomplete attempts to transition from pandemic to endemic COVID-19, reengage with other pressing health problems, and prepare for the health threats climate change is creating.

Putin's war of choice throws a Molotov cocktail into the world's halting, incomplete attempts to transition from pandemic to endemic COVID

The projection of the Russian armed forces into Ukraine has confirmed fears that military power has, again, become the dominant determinate for European security and the balance of power beyond Europe. Unlike the Soviet Union, Putin's Russia has no global ideological agenda other than reinforcing authoritarianism's dependence on the exercise of coercive force. The encirclement and invasion of Ukraine has revealed the extent to which Russia has modernized its armed forces and developed the capabilities to engage in coordinated conventional, cyber, and information warfare. Against this backdrop, Russia's dabbling in vaccine diplomacy during COVID-19 constitutes less than a geopolitical sideshow.

President Joe Biden's ability to rally the North Atlantic Treaty Organization (NATO), harness the U.S. intelligence community’s capabilities, and deploy U.S. military forces in eastern Europe also underscores the singular importance of military power and the value of intelligence assets in wielding it. Certainly, the material power of the United States has not deterred Putin from attempting to swallow Ukraine, destabilize European security, and further change the global balance of power. But the Russian invasion forces the United States and its allies to assess their individual and collective security for the foreseeable future primarily in terms of military power and the ability to use it. In this context, U.S. attempts to resuscitate its global health leadership have no strategic value.

The great influenza pandemic in 1918-19 raged as the major powers ended a war in Europe and began building a new world order. The COVID-19 pandemic continues as Russia's war on Ukraine puts the last nail in the coffin of the new world order created after the Cold War. According to Colin Kahl and Thomas Wright, the influenza pandemic of 1918-19 and the COVID-19 pandemic both exacerbated preexisting political, economic, and social conditions that were already producing global disarray. The impact exhibited by two pandemics separated by a century underscores that the root causes of geopolitical disarray fall outside the ambit of international health.

The creation of the Health Organization of the League of Nations, provision of humanitarian relief by the League of Nations, and revisions of the International Sanitary Conventions during the interwar period did not prevent the new world order from comprehensively falling apart. Global health leadership by western democracies during the post-Cold War era proved of no consequence against Chinese and Russian efforts to shift the global balance of power in their favor. None of the global health reforms proposed in response to the COVID-19 pandemic provides answers for the aftershocks the Russian war against the Ukraine will create for years to come.

Post-COVID global health diplomacy and governance will take place in a more dangerous international system. In this context, the temptation to claim that global health constitutes a space for serious geopolitical competition, or that balance-of-power mechanisms (e.g., the Quadrilateral Security Dialogue) offer global health benefits, is strong. The brutal reality of Russian belligerence in Ukraine should temper interest in arguing that global health leadership by the United States and other democracies provides leverage in balance-of-power politics.

The dependence of European countries on Russian natural gas has affected how the United States and its allies have responded to the Ukraine crisis. The energy component of the crisis has rejuvenated national security and geopolitical interest in the security of natural gas supplies. A Wall Street Journal editorial accused the democratic West of "energy disarmament" in pursuing green-energy strategies. Senator Joni Ernst (R-Iowa) has introduced legislation designed to strengthen the energy security of NATO allies by providing them with U.S. natural gas.

As Patricia Cohen noted, this "emphasis on energy independence and national security may encourage policymakers to backslide on efforts to decrease the use of fossils fuels[.]" More setbacks and delays on greenhouse gas mitigation will increase the health threats associated with climate change. The threat of even greater climate adaptation problems for health arising out of the Ukraine crisis emerges as the Intergovernmental Panel on Climate Change prepares to release its latest sobering report on adaptation challenges. These developments represent another blow to global health efforts to focus policymakers on the urgency of achieving greater mitigation and preparing the world for the adaptation crisis.

In the tumultuous international politics of the interwar period, the influenza pandemic of 1918-19 became, to borrow from Alfred Crosby, a "forgotten pandemic." COVID-19 has generated hopes that the world can come together to make it the "last pandemic." COVID-19 will not be the last pandemic, nor will it be forgotten. But the Ukraine tragedy and its expanding ripple effects will increasingly distract governments as they make decisions about the future of global health policy, including whether to negotiate a pandemic treaty, revise the International Health Regulations, establish a pandemic financing mechanism, and create a global health threats council. These decisions promised to be very difficult before the war in Ukraine. Now the future looks darker because Putin's war on Ukraine casts a shadow across global health beyond the pandemic.

After "Bloody January," Health and Safety in Kazakhstan Look Shaky

Wealth disparities in Kazakhstan have left holes in the health system