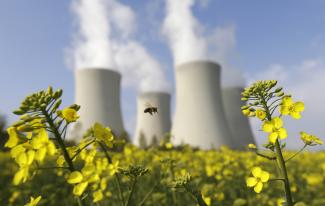 A bee flies to collect pollen on a mustard field in front of the cooling towers of the Temelin nuclear power plant near the South Bohemian city of Tyn nad Vltavou, Czechia on April 12, 2014. REUTERS/David W Cerny
by Lillian Posner September 1, 2022

An international team of nuclear experts from the International Atomic Energy Agency (IAEA) arrived at Ukraine’s Zaporizhzhia nuclear power plant today. Their drive took them through an active war zone and across the line of control to Europe’s largest nuclear plant, which, since March 4, has been occupied by Russian soldiers. The team’s mission is to assess the safety of the plant, which has endured near-constant shelling in the course of the war and risks releasing dangerous radioactive material into the surrounding areas.

Since 1957, there have been 33 recorded accidents and radiation leaks from nuclear power plants, some of which have been relatively minor, while others have left lasting scars. The 1957 Mayak disaster and the 1986 Chernobyl disaster turned their communities into radioactive no-man's-lands. Other plants, such as in Paks, Hungary, have successfully contained accidents and continue to supply their countries with energy.

Disasters such as Chernobyl and Fukushimi Daiichi have left countries like Germany wondering what role, if any, nuclear energy should play in their energy portfolios. But as the world grapples with a climate crisis, some studies suggest that even with the risks, nuclear energy is less damaging to health than fossil fuels.

While the war in Ukraine rages on, the fate of the Zaporizhzhia plant hangs in the balance. Here’s what previous radiological accidents can tell us about the costs of a potential meltdown in Zaporizhzhia. 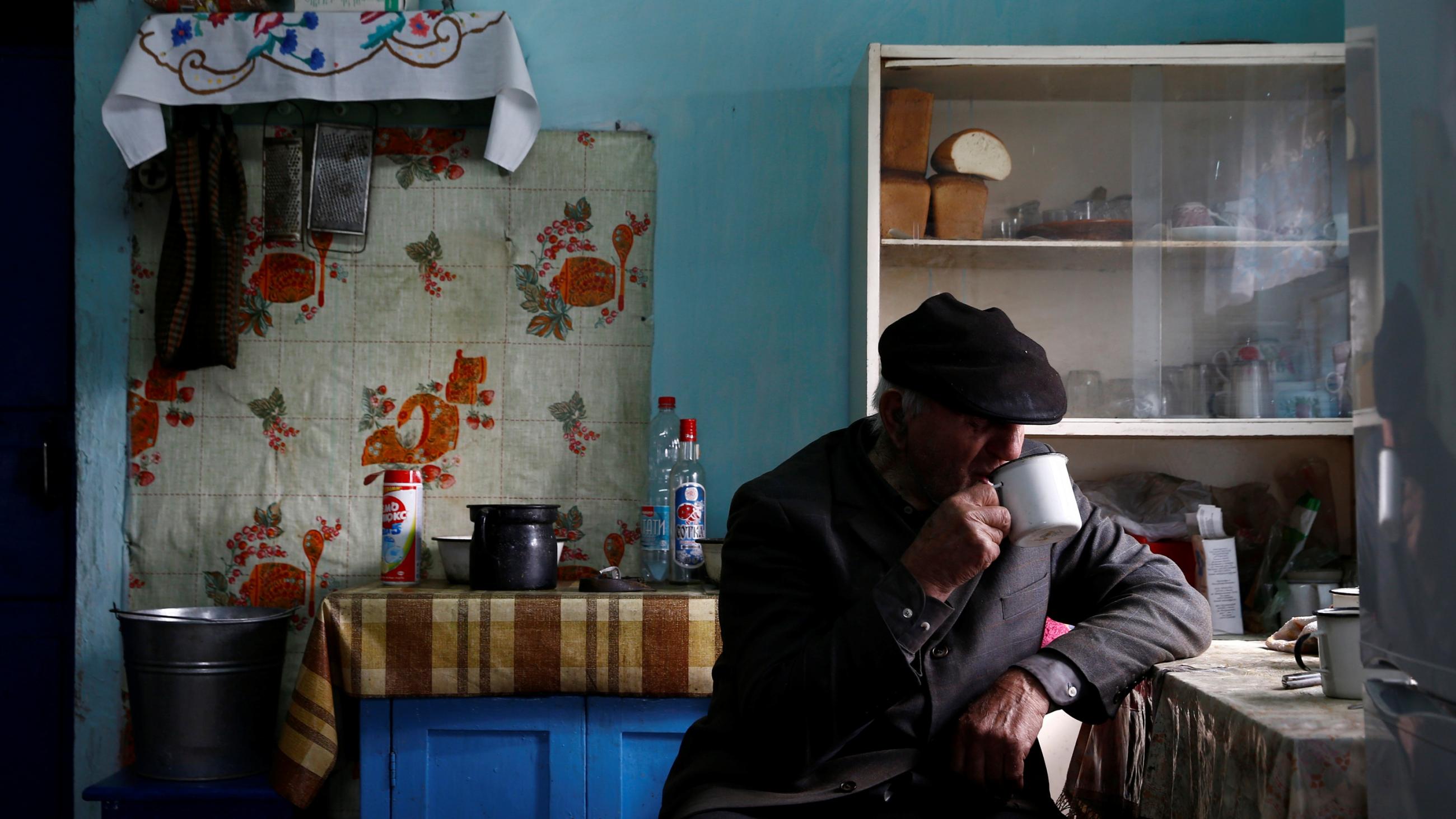 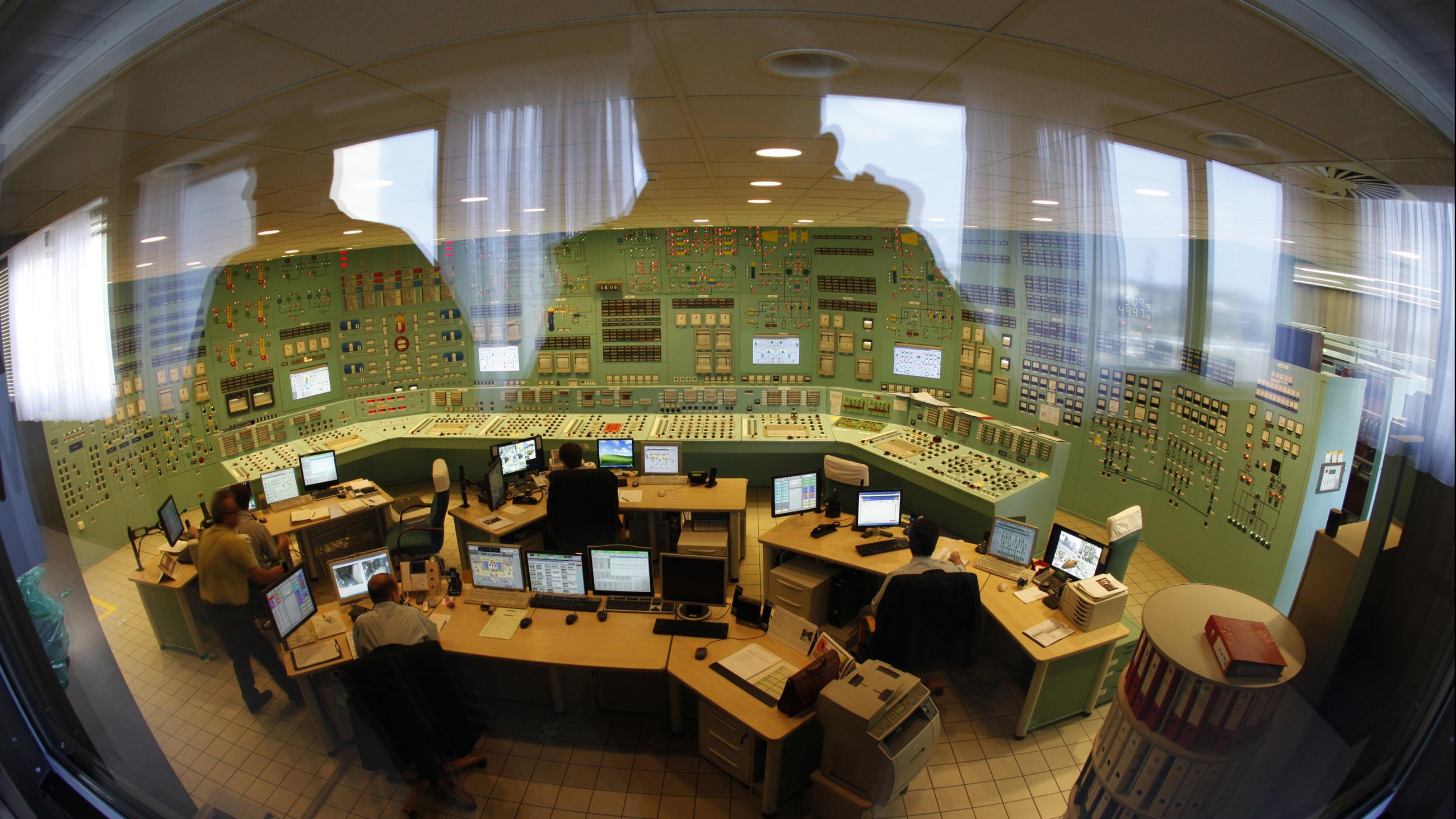 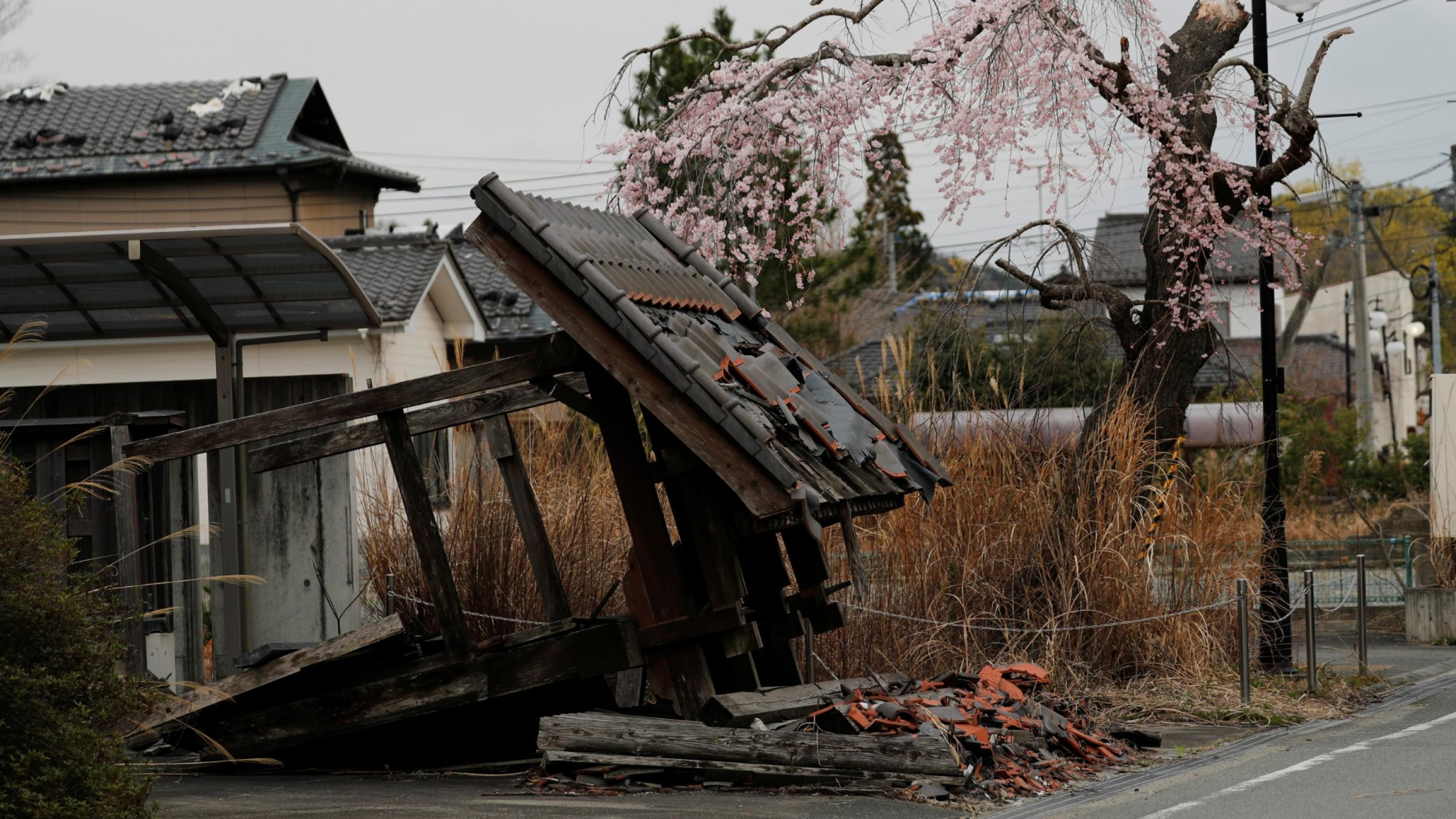 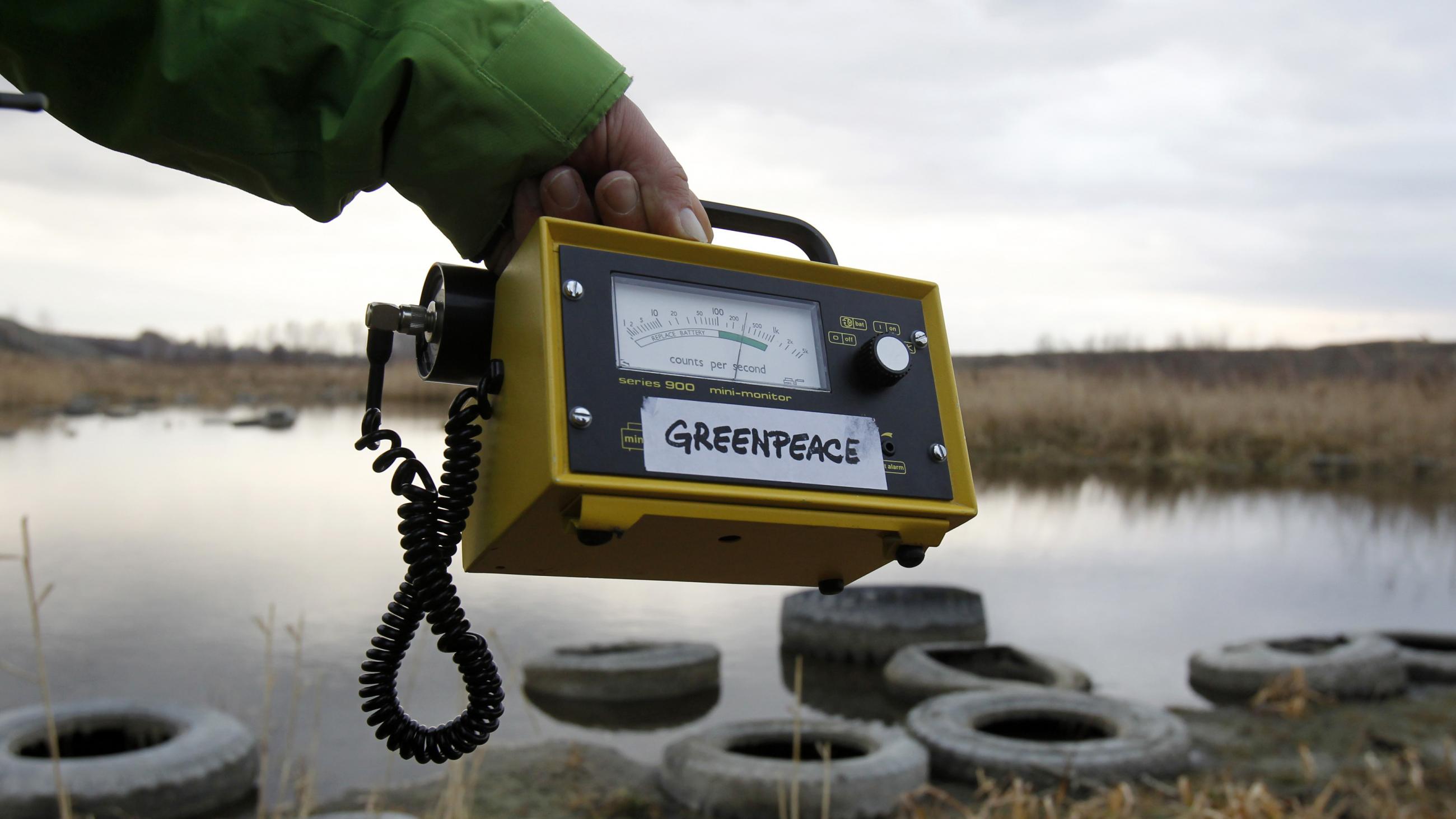 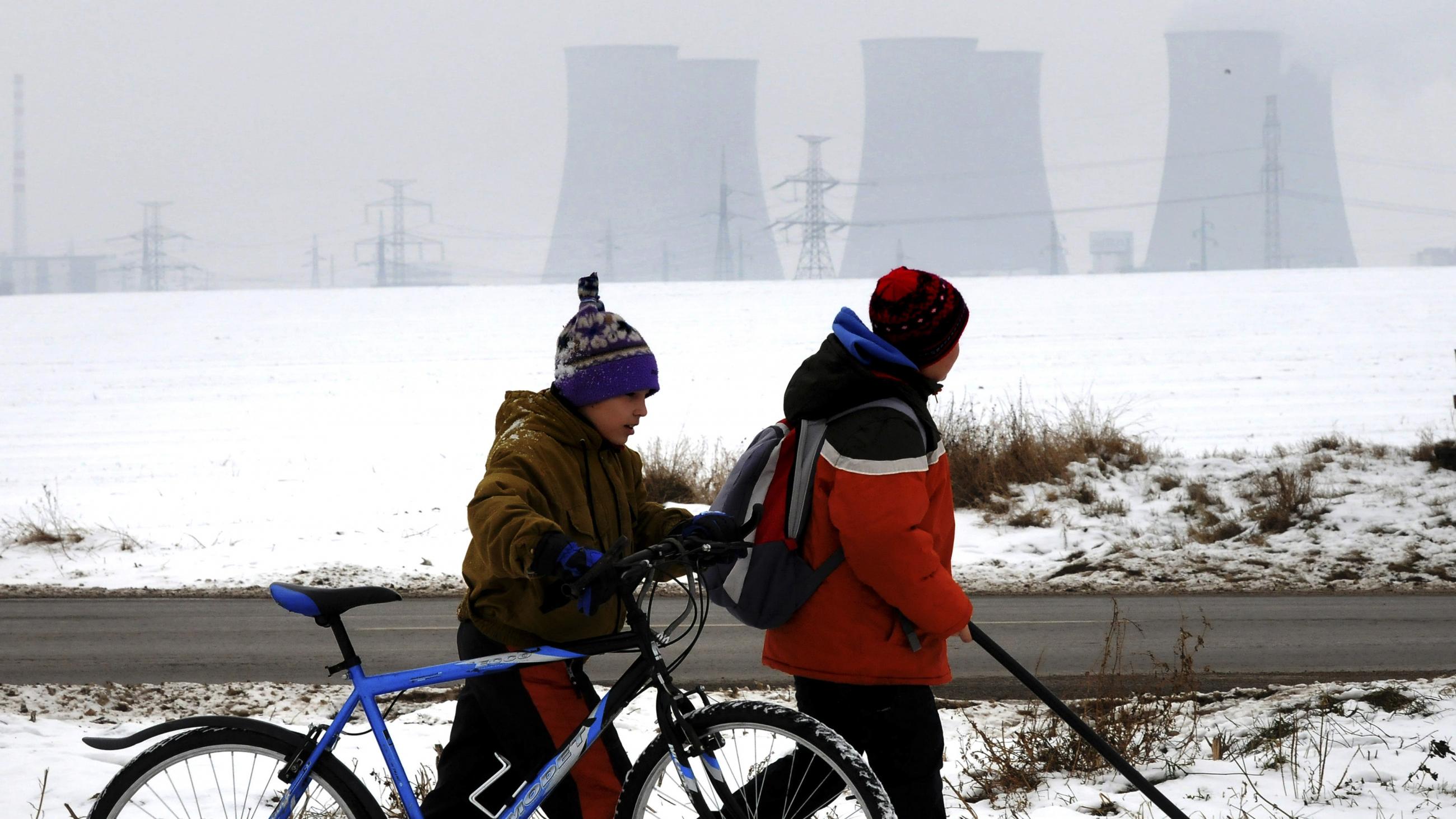 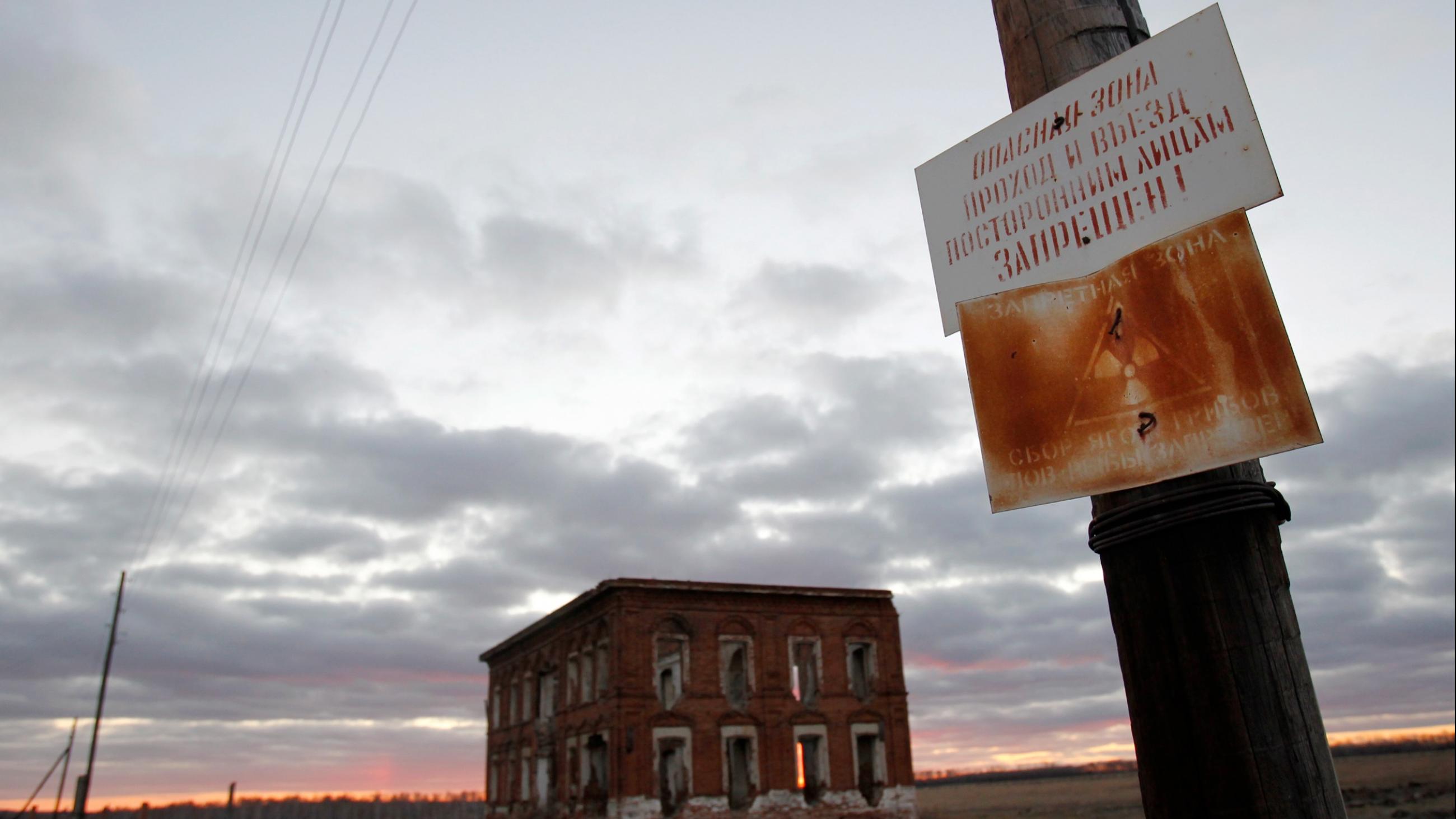 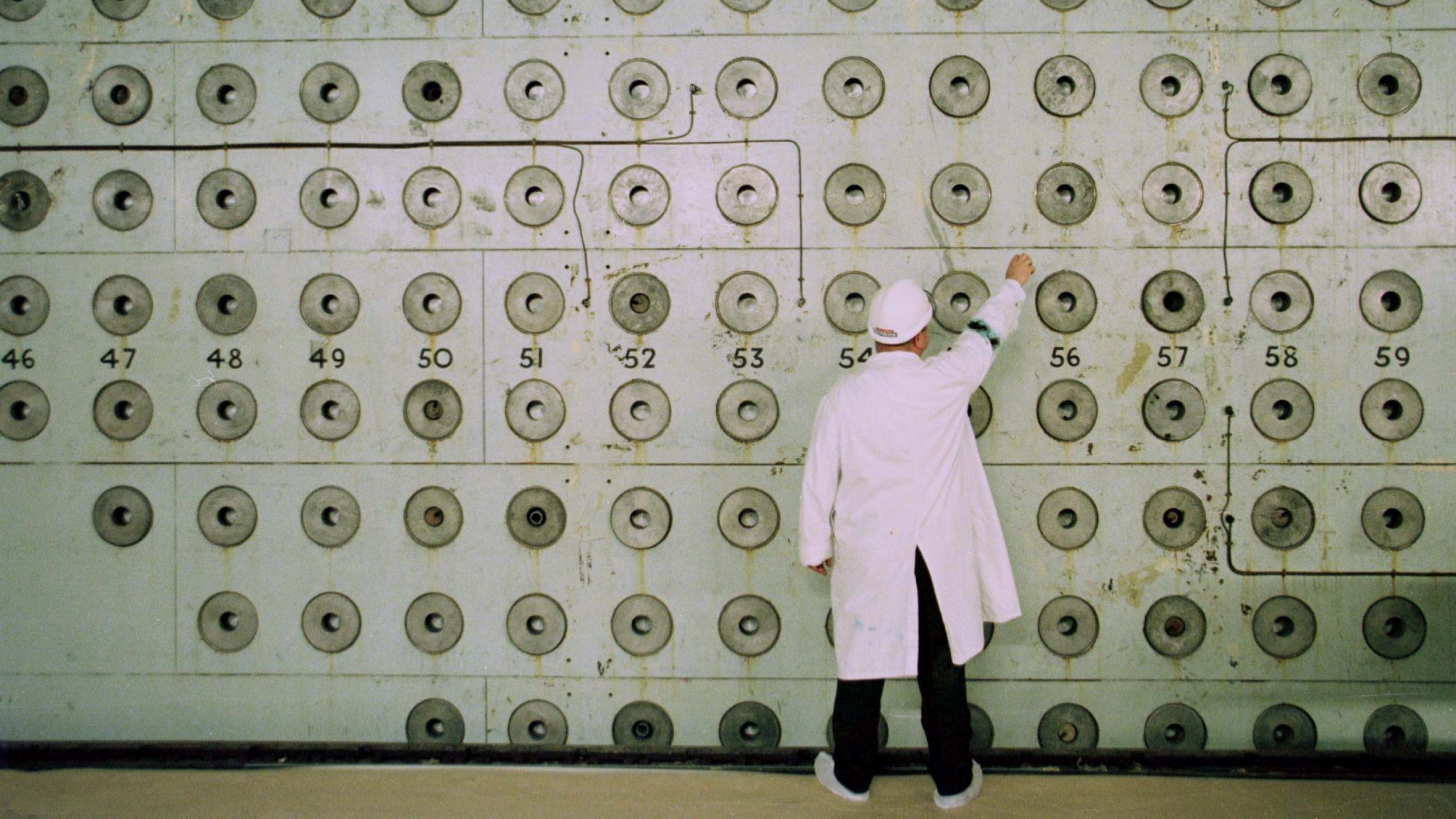 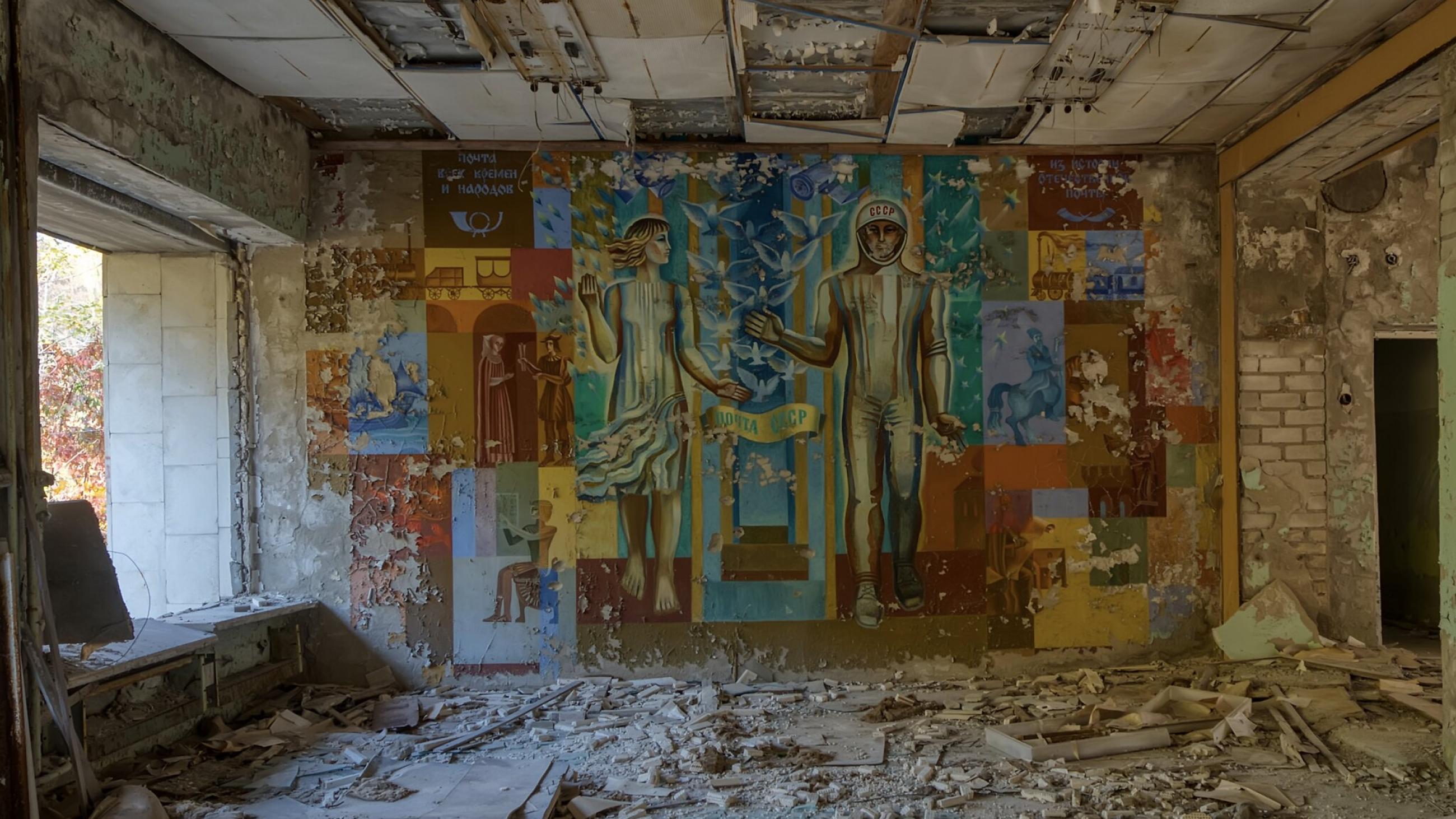 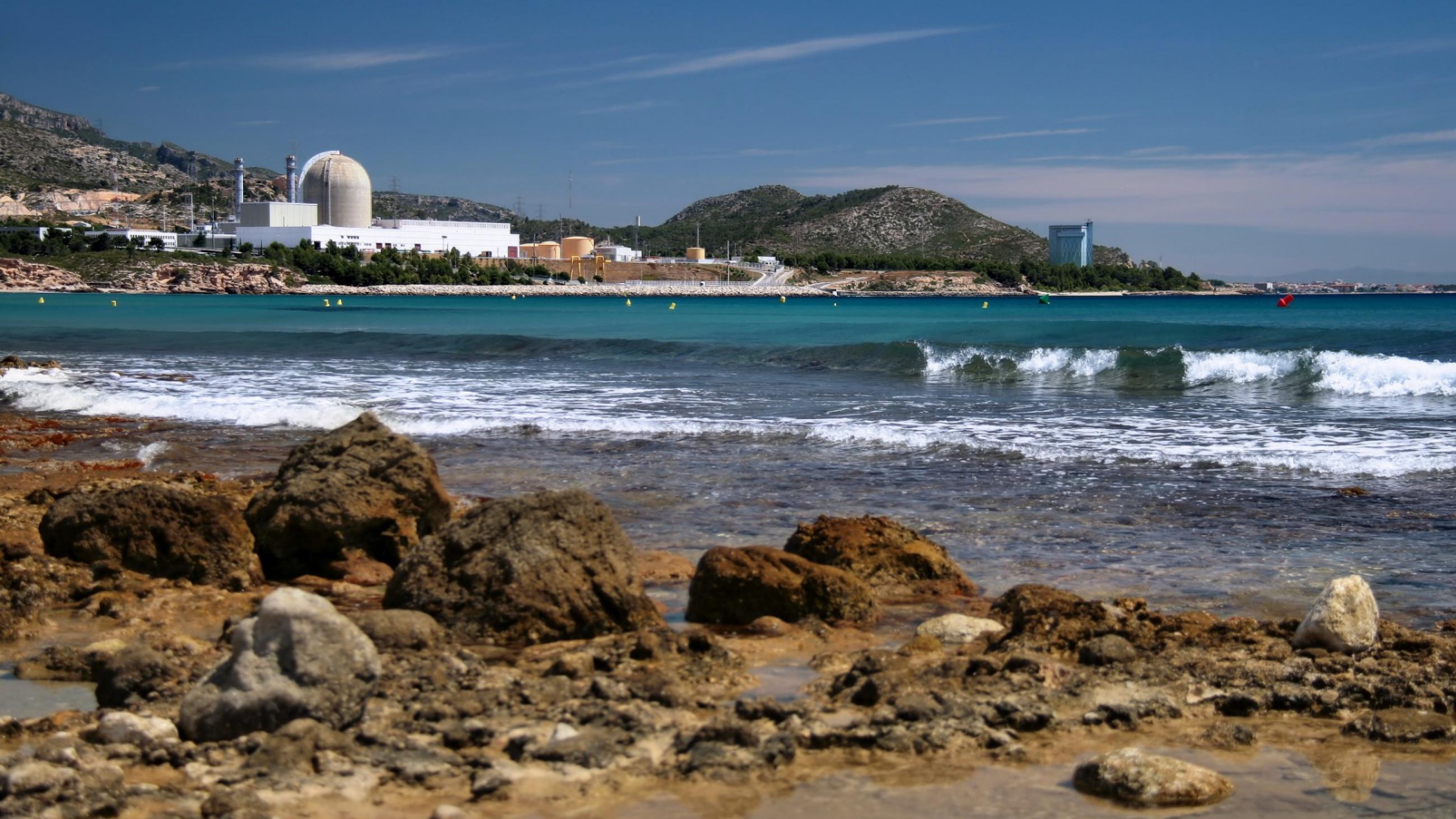 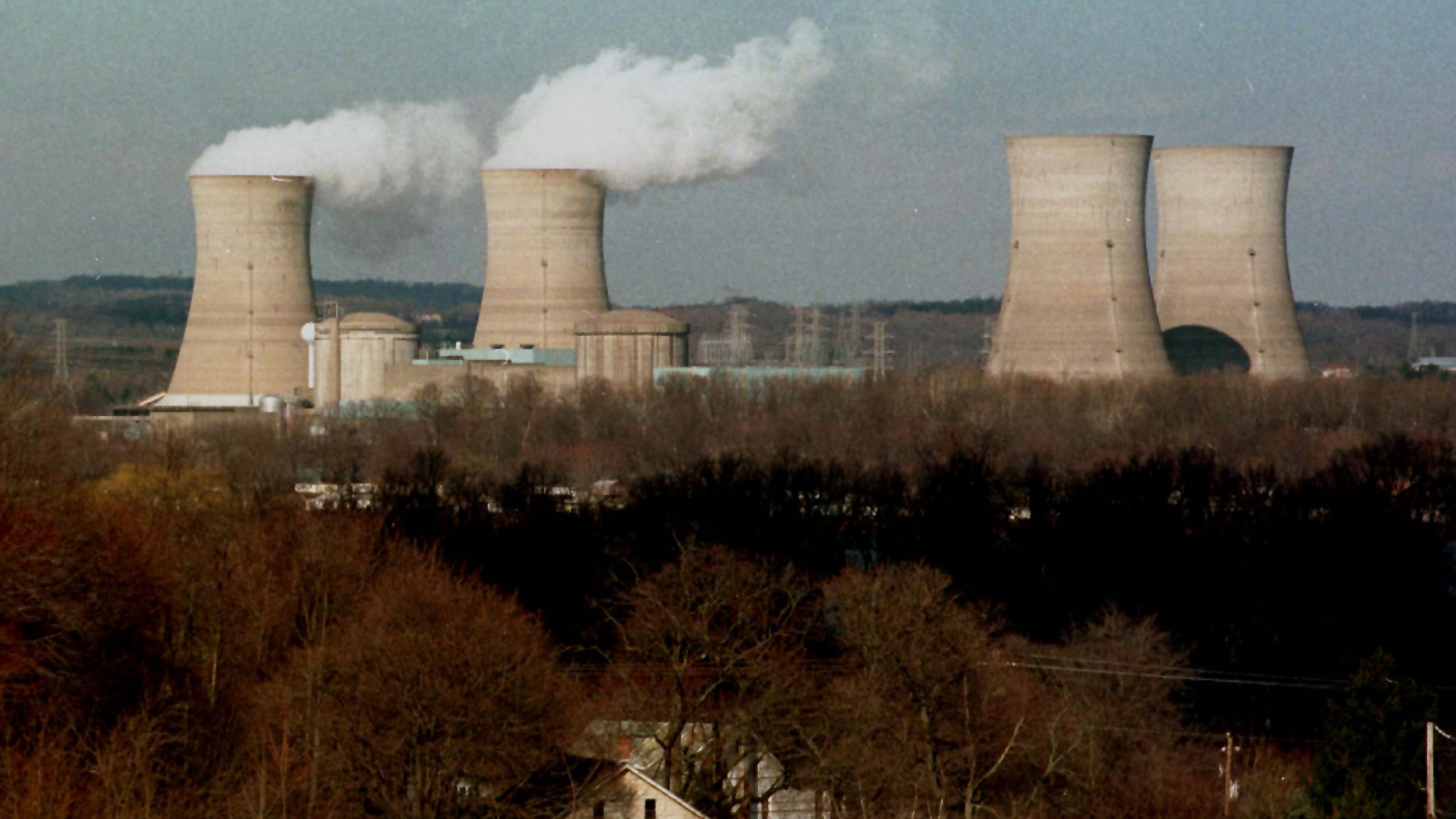 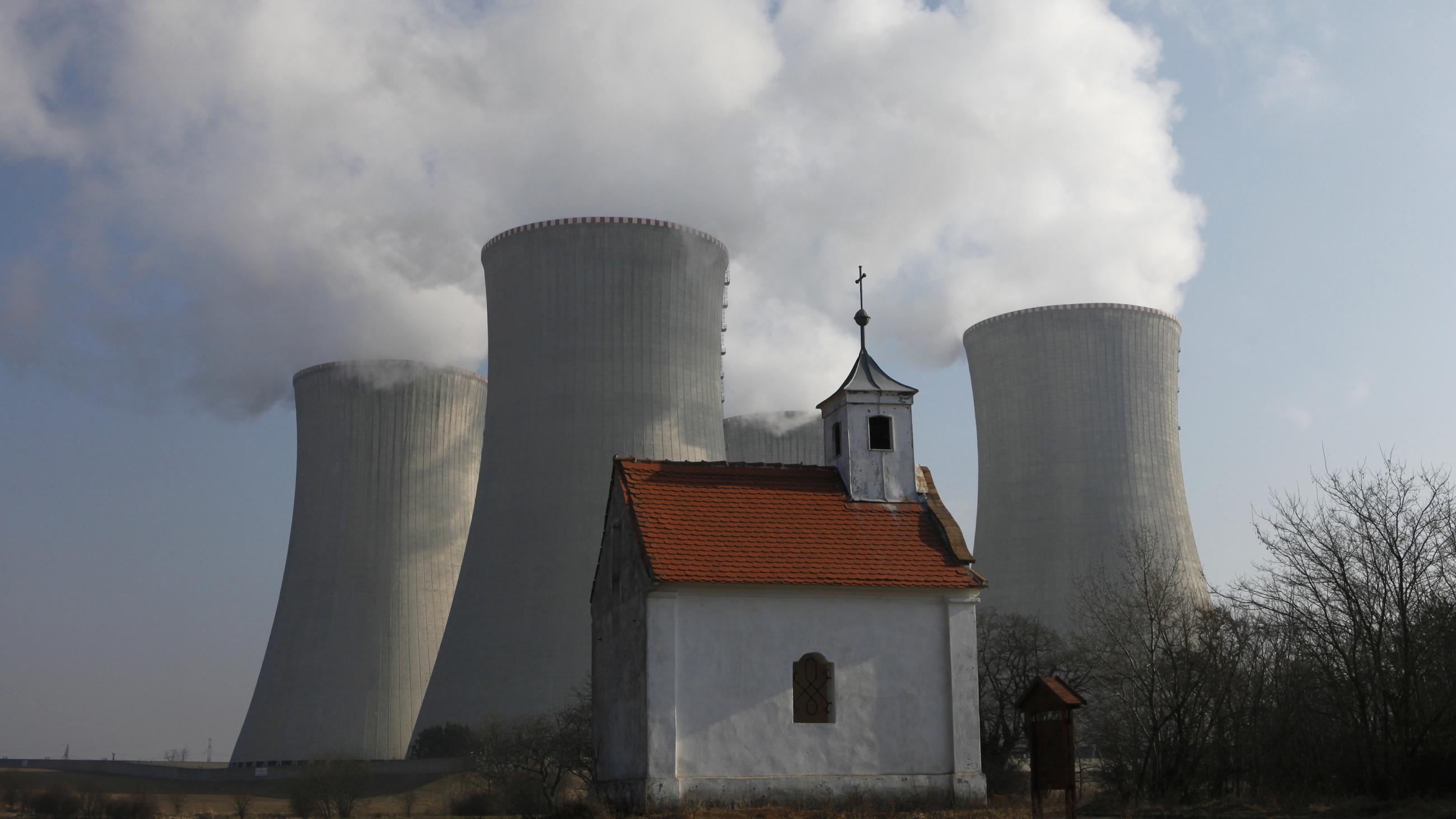 A 90-year-old man drinks tea in his house in the village of Tulgovichi, Belarus near the exclusion zone around the Chernobyl nuclear reactor in Ukraine on April 2, 2016. He refused to leave his birthplace even though it is now a village poisoned with radioactive fallout from a nuclear disaster. More than 100,000 people were forced to leave their homes in what is now a permanently contaminated "exclusion zone," but this man remained.

Employees work in the operation center of the Paks nuclear power plant reactor unit number four in Paks, Hungary on March 21, 2011. In 2019 the Paks plant supplied over 50 percent of Hungary's electricity, but in 2003 the plant experienced a Level 3 or "serious" incident on the International Nuclear and Radiological Event Scale (INES). On August 26, 2022, Hungary licensed the construction of two new reactors at the plant which are to be built by Russian nuclear company Rosatom.

A ruined abandoned house is seen in one of the "difficult-to-return" zones set since Fukushima's 2011 nuclear disaster in Futaba, Fukushima Prefecture, Japan, on March 25, 2021. In 2011, an earthquake caused a tsunami that devastated Japan's coast and caused an accident at the Fukushima Daiichi nuclear power plant. Radioactive particles were released into the atmosphere, contaminating the surrounding land and water. 150,000 people were evacuated from their homes, but as of July 2022 can now return.

A staff member of Greenpeace Germany anti-nuclear program shows a radiation level on the banks of the Techa river on November 17, 2010. The river in the Ural mountains is one of the country's most lethal nuclear dumping grounds. From 1949 to 1957, the Mayak nuclear complex dumped 76 million cubic meters of highly radioactive waste into the river. It currently processes radioactive wastes from nuclear power plants in other countries.

Children walk past the nuclear power plant in Jaslovske Bohunice on January 12, 2009. The plant, which was the first in then-Czechoslovakia, experienced two small accidents in 1976 and 1977 while plant technicians loaded fuel into the reactor. Two people died from carbon monoxide exposure, but no radioactive material was released. Decades later, Slovakia was required to shut down some of the plant's reactors when it joined the European Union in 2004.

A sign forbidding the gathering of mushrooms, picking berries, and fishing is seen in front of an abandoned school in the village of Muslyumovo on November 18, 2010. In 1957, a disaster at the Mayak nuclear complex forced farmers to slaughter their livestock, bury their crops and plow their farmland. More than 20 villages, comprising over 11,000 people, were evacuated and completely demolished. The Soviet authorities then tried to cover up what is considered the third worst nuclear disaster in history.

A nuclear technician works at the Windscale Pile One at the Sellafield nuclear power plant, in Cumbria, England on September 9, 1997. Pile One was the scene of Britain's worst nuclear incident in 1957 when a fire resulted in its shut down. The disaster was ranked 5 out of 7 in terms of severity on the INES scale. The fire burned for three days and released radioactive fallout which spread across the United Kingdom and Europe. While no one was evacuated at the time, contaminated milk from nearby dairy cows was collected and destroyed.

A Soviet-era mural chips off the wall at the abandoned post office of Pripyat, Ukraine. Pripyat was a closed Soviet city built to serve the nearby Chernobyl power plant, which experienced a catastrophic meltdown in 1986. The city's 50,000 residents were evacuated, leaving a ghost town. This mural, which depicts the Soviet Union's scientific achievements, now demonstrates the broken promises of nuclear technology for the people of Pripyat.

The Vandellòs II Nuclear Power Plant is pictured at Almadraba beach in Hospitalet del Infante, Spain on July 14, 2016. In 1989, a mechanical failure caused a fire at the Vandellòs I, damaging several of the safety mechanisms. Fortunately, the Corps of Firefighters of Catalonia and the plant's technicians were able to extinguish the fire and turn off the nuclear reactor manually. The plant was decommissioned in 1990, but Vandellòs II continues to operate.

In 1979, the Three Mile Island nuclear power plant in Goldsboro, Pennsylvania was the site of the worst U.S. commercial nuclear accident. Two of the four 350-foot cooling towers that once symbolized a nuclear nightmare continue to belch steam into the atmosphere. The partial meltdown resulted in the release of radioactive gases and radioactive iodine into the environment and was designated a level 5 disaster on the INES scale.

A chapel stands in front of the cooling towers of the Czech nuclear power plant at Dukovany, Czechia on March 15, 2011. In June 2020, plant operator CEZ stated that it expects to invest about $2.3 billion over the next 27 years to extend the operating lifetime of the four reactors at Dukovany by a further 20 years. 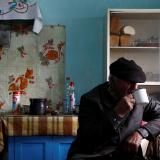 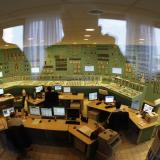 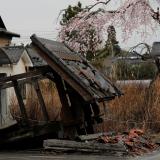 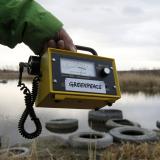 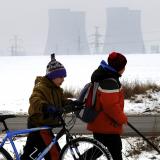 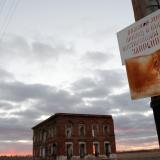 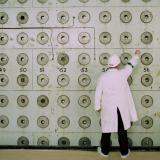 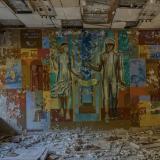 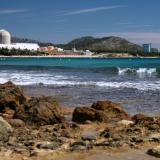 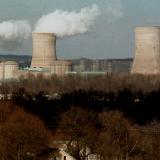 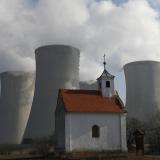