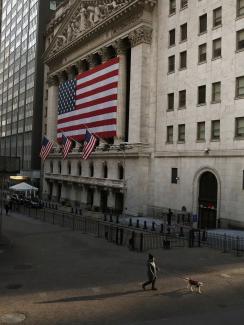 News reports that the Donald J. Trump administration knew before COVID-19 emerged about the general lack of U.S. preparedness for an emerging pandemic have produced significant criticism of its handling of the current coronavirus crisis. In particular, a training exercise in 2019, called Crimson Contagion, revealed a disturbing level of unpreparedness for an outbreak of a dangerous respiratory disease. Criticism of the administration aside, what Crimson Contagion really exposed was a failure of pandemic preparedness stretching back twenty years that is now on full display with COVID-19.

The imperative to protect human health and minimize the political problems, economic damage, and social disruption that dangerous diseases can cause

Warnings that the United States was not prepared for pandemics began in the 1990s when experts identified threats from emerging infectious diseases. These warnings prompted action, with, for example, the Clinton administration framing infectious diseases as a national security threat and the World Health Organization (WHO) starting the revision of the International Health Regulations (IHR), the leading treaty on infectious diseases. The need to prepare for pandemics was anchored in the imperative to protect human health and minimize the political problems, economic damage, and social disruption that dangerous diseases can cause.

Infectious disease incidents in the early 2000s increased the urgency and stimulated more efforts. The anthrax attacks in 2001 and the appearance, in 2003, of the first major coronavirus outbreak—severe acute respiratory syndrome (SARS)—were followed in 2005 by the H5N1 avian influenza scare that triggered fears of a killer influenza pandemic.

After SARS, WHO member states radically revised the IHR to strengthen how countries prepared for and managed international public health emergencies

Those incidents all confirmed that the world needed to prepare for the threats of emerging, reemerging, or deliberately released pathogens. The United States established the Global Health Security Initiative in 2001, an international partnership to prepare countries for disease outbreaks and terrorism conducted with weapons of mass destruction. After SARS, WHO member states radically revised the IHR to strengthen how countries prepared for and managed international public health emergencies. In 2006, Congress adopted legislation [PDF] to prepare the United States for pandemics, and this legislation mandated the development of a national health security strategy.

The outbreak of H1N1 influenza in 2009 tested pandemic preparedness, the lessons from which informed the first U.S. national health security strategy [PDF], issued in 2009, how WHO and the revised IHR performed during the H1N1 pandemic [PDF], and re-authorization [PDF] in 2013 of the legislation focused on pandemic preparedness. The Obama administration launched the Global Health Security Agenda in early 2014, immediately before an Ebola outbreak in West Africa provided another opportunity to evaluate and address problems with international and national preparations for serious disease events.

The national health security strategy issued in 2015 [PDF] attempted to reflect the lessons learned from the Ebola crisis, which also produced numerous reviews that offered recommendations on how countries and international organizations could improve preparedness capabilities. Also in 2015, the Blue Ribbon Study Panel on Biodefense (now the Bipartisan Commission on Biodefense) issued its first report on how the United States needed to improve its readiness for intentionally caused and naturally occurring disease events. Throughout this period, government, intergovernmental, and non-governmental actors conducted training exercises to test readiness and provide incentives for policymakers to focus on the preparedness challenge.

This exercise demonstrated that the U.S. was nowhere close to being prepared to handle a pandemic—a damning conclusion after 20 years of effort

This history of frequent disease challenges and the repeated calls for preparedness efforts, both domestically and internationally, makes the inadequate pandemic preparedness revealed by Crimson Contagion in late 2019 especially disconcerting. This exercise demonstrated that the United States was nowhere close to being prepared to handle a pandemic—a damning conclusion after twenty years of effort. In addition, testimony to Congress in the summer of 2018 concerning new legislation [PDF] on pandemic preparedness warned lawmakers that the United States remained unprepared. The Trump administration released the latest national health security strategy [PDF] in 2019, which again identified unmet preparedness needs. It was cold comfort that the Global Health Security Index found preparedness in 2019 inadequate around the world.

Many of the problems that have appeared in the U.S. response to COVID-19 are among the exact issues that preparedness efforts over two decades emphasized time and again—the need for high-level political leadership, effective communication with the public, implementation of evidence-based policies, robust international-federal-state-local cooperation, surge capacity in the health-care system, sufficient medical and health resources (e.g., diagnostics, masks, and equipment), plans for mitigating economic and social disruption, and clarity about who is in charge of what components of pandemic response. The difficulties experienced with the COVID-19 response in each of these areas create the perception that the United States comprehensively failed in preparing for a pandemic that policymakers believed would come.

[These difficulties] create the perception that the U.S. comprehensively failed in preparing for a pandemic that policymakers believed would come

The nation remains in the grip of the coronavirus crisis, with attention focused on urgent needs. When the crisis ebbs, the post-pandemic evaluation of what went wrong before and during COVID-19 will inform the next generation of pandemic preparedness policies and how policymakers learn the painful lessons from this preparedness failure. New strategies cannot simply replicate those that did not deliver adequate preparedness before COVID-19 hit, but what a more effective approach should contain is not obvious. Further, in the past twenty years, preparedness had bipartisan support in the United States and was pursued globally in a context without serious balance-of-power frictions. Today, U.S. politics is more divisive, and geopolitics cast a shadow on international health cooperation.

Thomas Friedman believes that the world “after corona” will be different from the world “before corona.” In preparing for future pandemics in this changed world, we must not only learn from mistakes made in 2020 but also reckon with policy failures from the time “before Trump.”