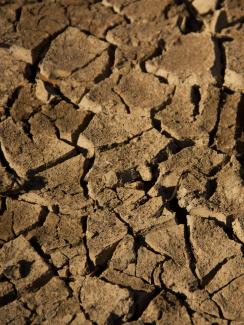 Once upon a time, as the second half of the 1990s began, I made my first visits to the World Health Organization. The focus of my trip was the revision of the International Health Regulations (IHR), the legally binding rules that govern global health security. An important topic, to be sure, but the frisson I felt had deeper sources. Revising the International Health Regulations was part of something bigger—turning the neglected politics of international health into transformative global health governance. But even that objective was not the real cause of my excitement. Rather, the world of health policy was expanding unconstrained by geopolitics, fostered by democracy’s spread, energized by the internet revolution, and encouraged by efforts against global environmental challenges.

Today, as the second decade of the twenty-first century ends, global health faces a different context. Geopolitically, ideologically, technologically, and environmentally, those same conditions that enabled a new era of global health governance no longer exist. Great power competition has returned. Leading democracies are inward-looking, politically polarized, and on the defensive. The internet has become a tool of political repression, a dystopia of disinformation, and a source of national insecurity. Climate change threatens societies around the world with irreversible harm.

Those same conditions that enabled a new era of global health governance no longer exist.

This radically changed context means that global health governance confronts increasing threats as the international politics of health become more difficult. Geopolitical competition causes rival states to view virtually every issue through the distorted lens of this competition. This dynamic changes the politics of health cooperation but, in the process, diminishes health in the ruthless process of strategic priority-setting that geopolitics generates across the international system. The subordination of global health to great power politics is, again, underway.

This pattern returns as climate change threatens to unleash frightening health problems. Efforts to reduce greenhouse gas emissions have failed. Today’s geopolitics—especially the Chinese-U.S. rivalry—have subsumed mitigation initiatives, making future progress on this objective unlikely. Health policy must pivot towards climate change adaptation just as it loses international political prominence. Further, unlike mitigation’s focus on a global commons problem, adaptation responses will be country-centric because states will experience climate change’s adverse effects within their territories. As countries turn to national adaptation challenges, their interests in expending political and economic capital on the adaptation problems of other nations will diminish. Finally, global health governance mechanisms are already overburdened and under-resourced, which raises questions about how such mechanisms could sustain effective cooperation on health-based adaptation efforts.

The once-potent combination for global health of globalizing democracies and revolutionary information technologies has unraveled from both ends. The liberal states at the forefront of global health in the post-Cold War period, the United States and the United Kingdom, are mired in domestic political turmoil. Other democracies in Europe, Asia, Africa, and Latin America are also experiencing political travails. Global health is not responsible for the bitter divisions that increasingly characterize politics within democratic states. However, democracies and the liberal community of states no longer perform the catalytic role for global health they once did.

The internet contributes to the political troubles of democracies. Domestic factions and foreign states exploit cyberspace to spread disinformation and perpetrate other malicious acts within and against democratic countries. Authoritarian governments have blunted internet freedom and weaponized the internet against their own citizens as well as rival states. These tactics have been effective, which ensures they will form part of domestic politics and geopolitics for years. Health does not escape these phenomena. Health officials increasingly grapple with online disinformation about vaccines, outbreaks, and climate change disseminated by state and non-state actors.

The internet contributes to the political troubles of democracies.

The unfavorable geopolitical, ideological, technological, and environmental conditions change the context in which global health governance operates. These conditions make global health less politically important within and between countries, weaken international approaches in favor of renewed emphasis on national interests, undermine the contributions that information technologies make to global health, and increase the epidemiological burdens governance mechanisms must shoulder.

But, how will this transformed context remake global health governance? This new period begins as global health needs differ from those prevailing in the late 1990s. As my Council on Foreign Relations (CFR) colleague Thomas J. Bollyky noted, the past twenty years “brought dramatic reductions in endemic infectious disease and child mortality, but not the improvements in health-care systems, responsive governance, and employment opportunities that accompanied these changes in wealthier countries in the past.” To meet these challenges, global health policies must evolve, which cautions against explaining governance changes only by reference to transformed geopolitical, ideological, technological, and environmental conditions.

In future posts, I will explore how these transformed conditions might affect global health governance as the third decade of this century unfolds. By themselves, the conditions suggest a governance crisis is coming. However, such notions deserve interrogation because global health is, to be sure, part of something bigger.