10 Good Things That Happened in Global Health in 2021

There were milestones and moments to celebrate, despite the shadow of COVID-19 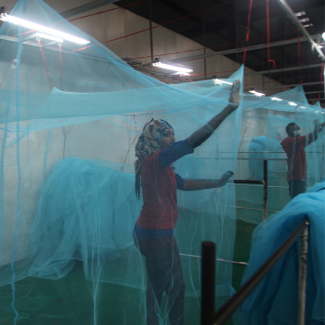 Employees look for holes in mosquito netting at the A to Z Textile Mills factory where insecticide-treated bed nets are produced, in Arusha, Tanzania. REUTERS/Katy Migiro
by Haydn Welch December 16, 2021

Even though the COVID-19 pandemic dominated global health throughout 2021, there were bright spots that may have slid under the radar. From Côte D'Ivoire to Canada, Puerto Rico to China, advances in medicines and medical technology, progress in some realms of health policy, the elimination of diseases in certain regions, and new health care programs were happening in every corner of the world.

We've compiled a slideshow of some of the positive stories from the year. Our hope is that they serve as a reminder that even amid unfathomable loss and tragedy, there are still people doing remarkable things for the betterment of humanity. 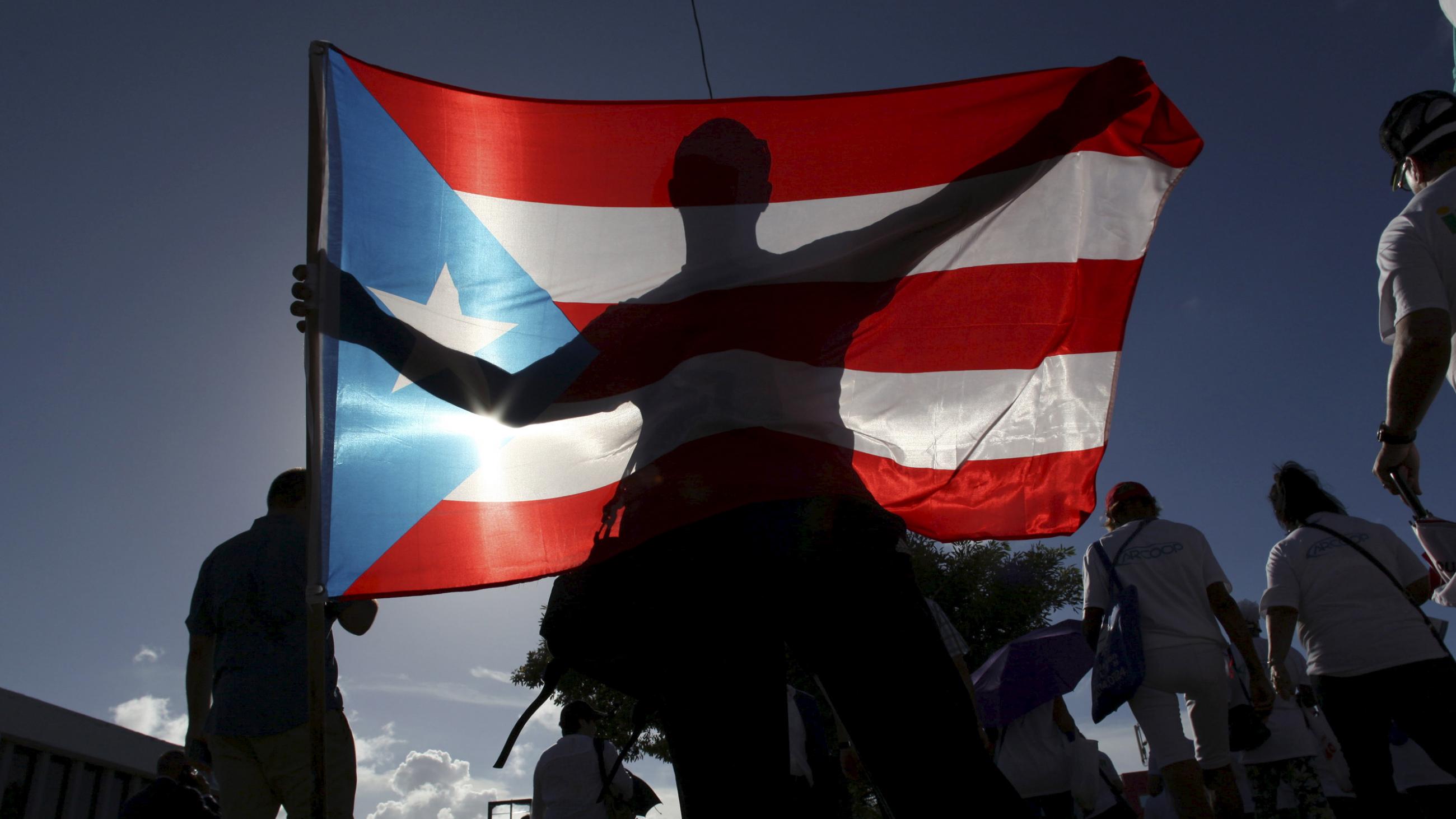 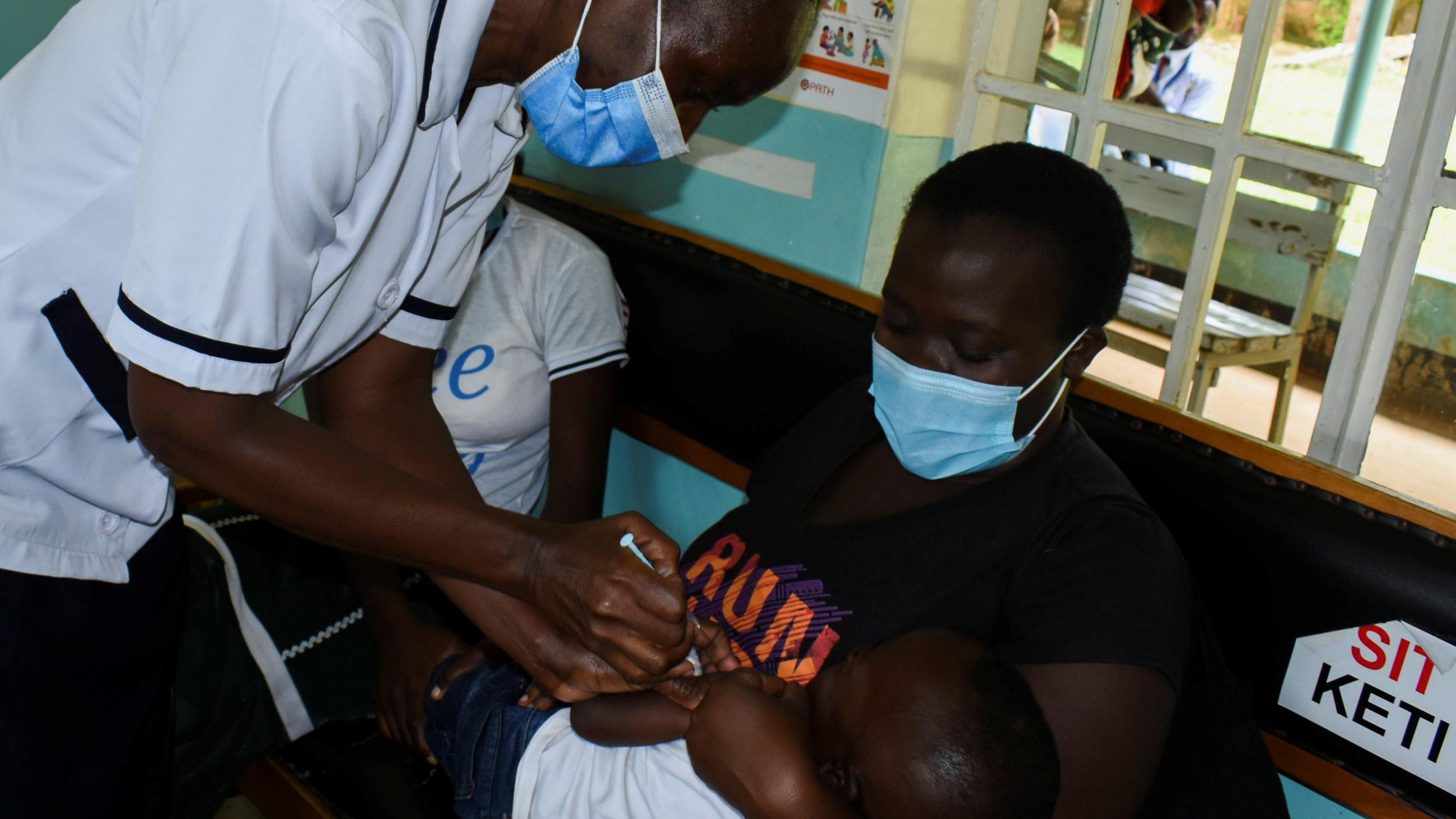 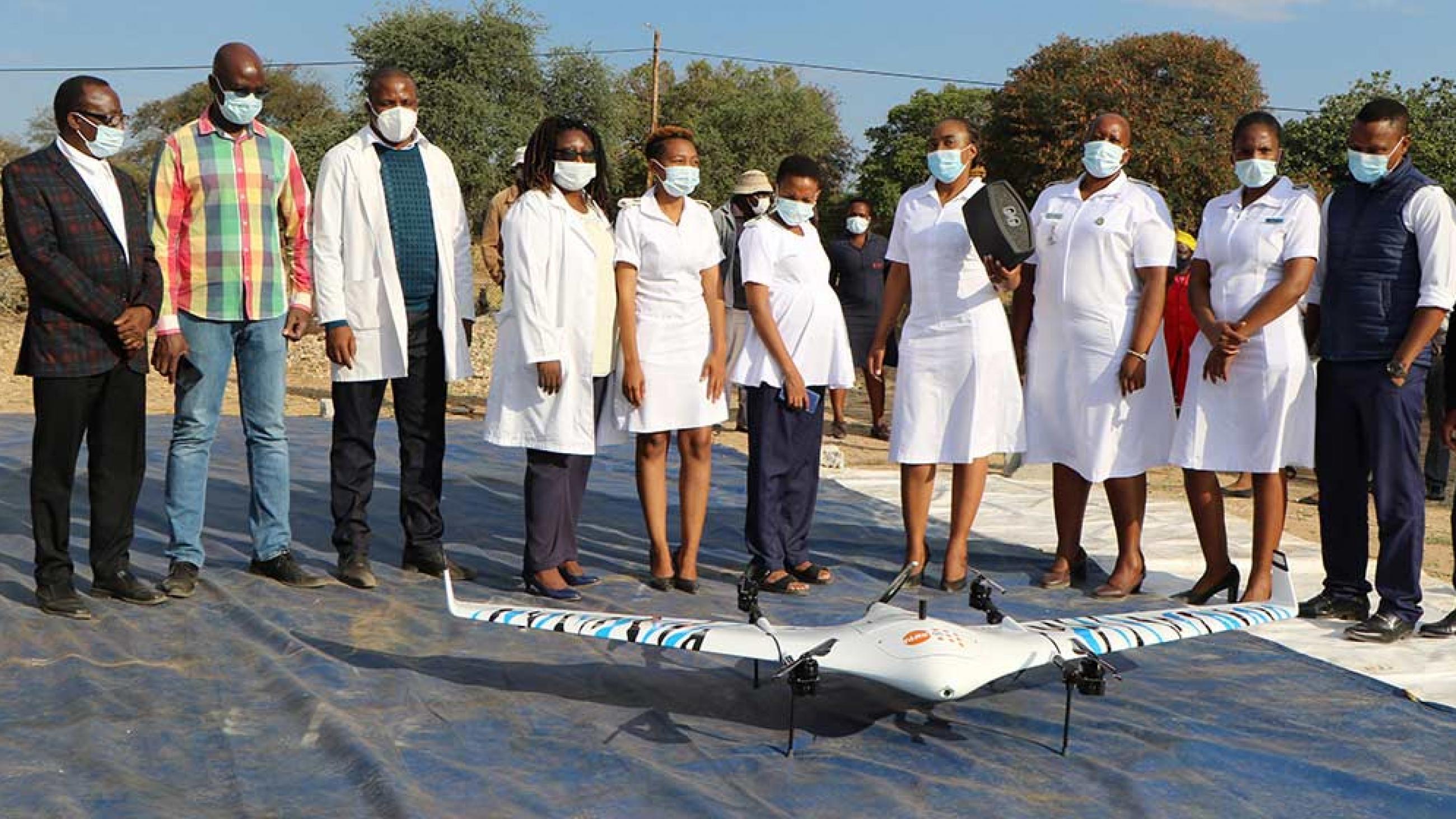 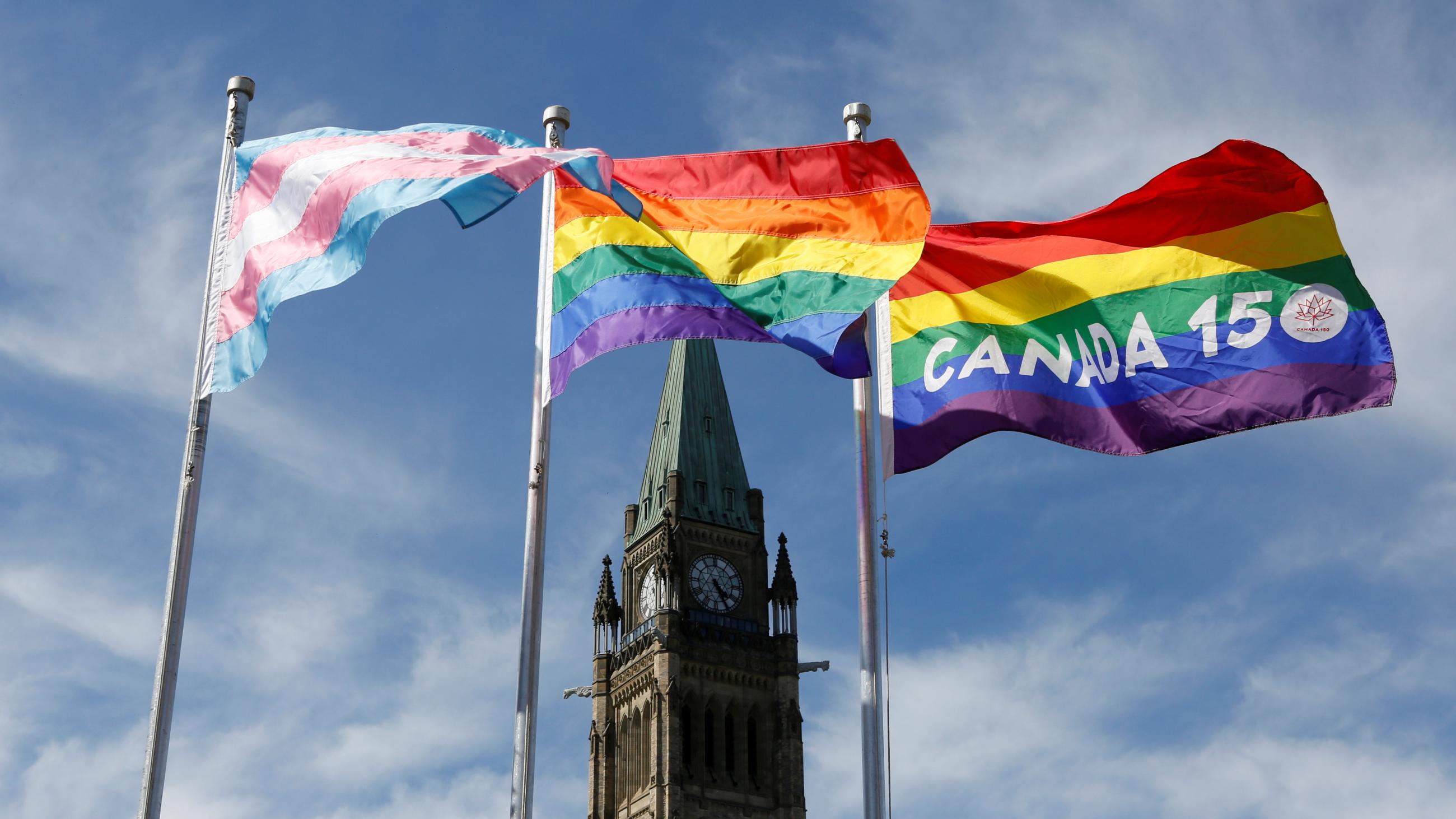 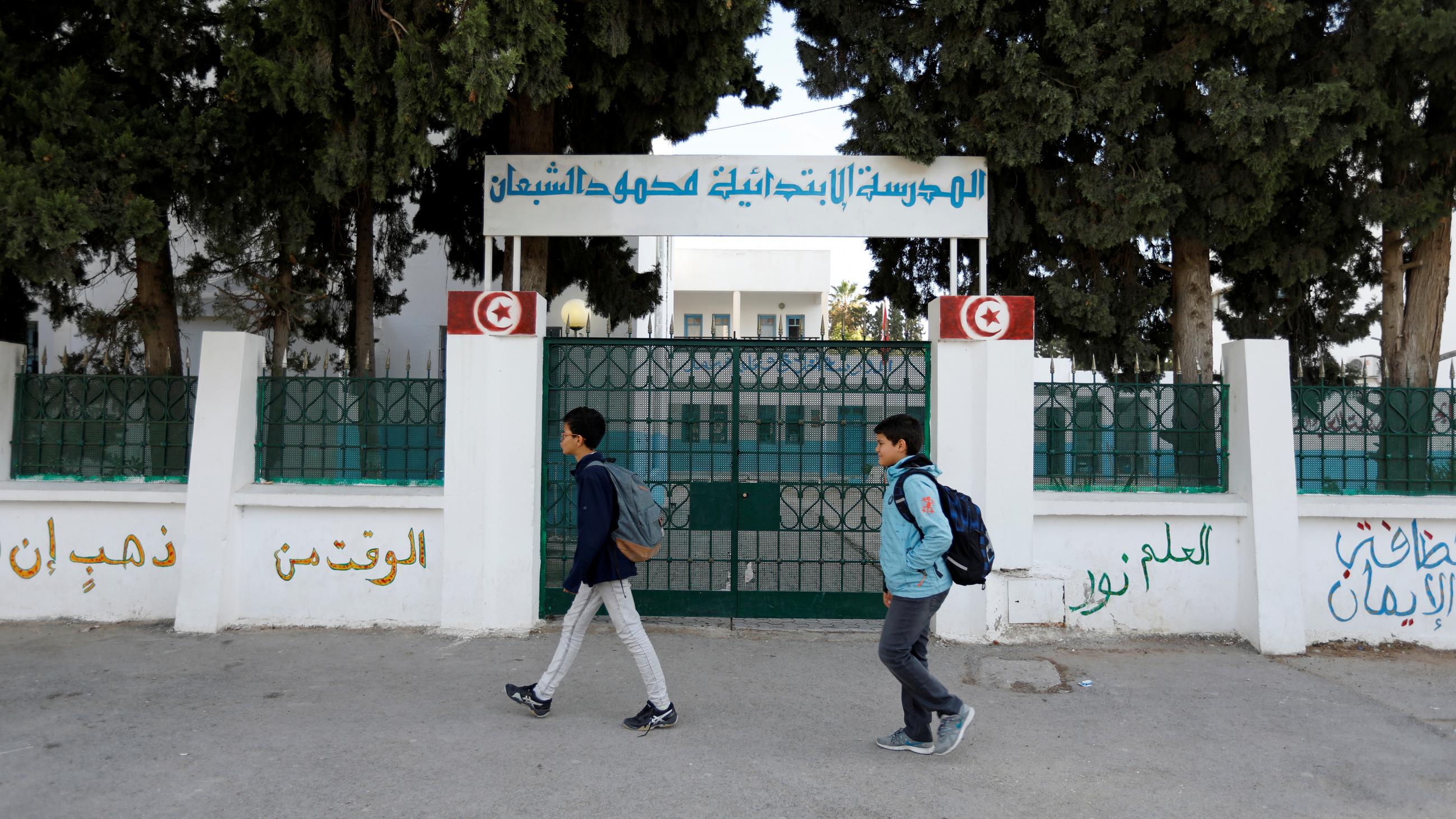 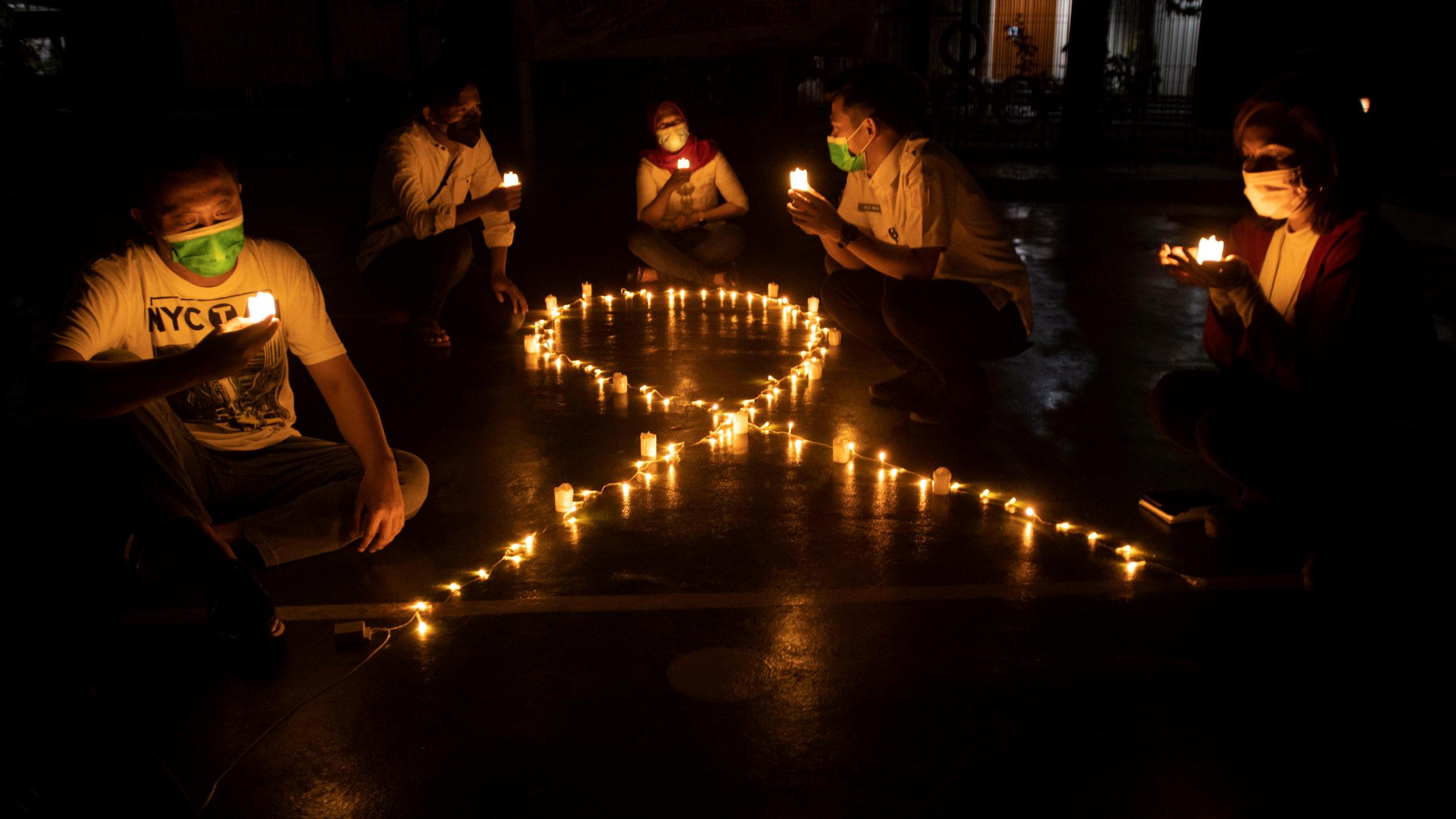 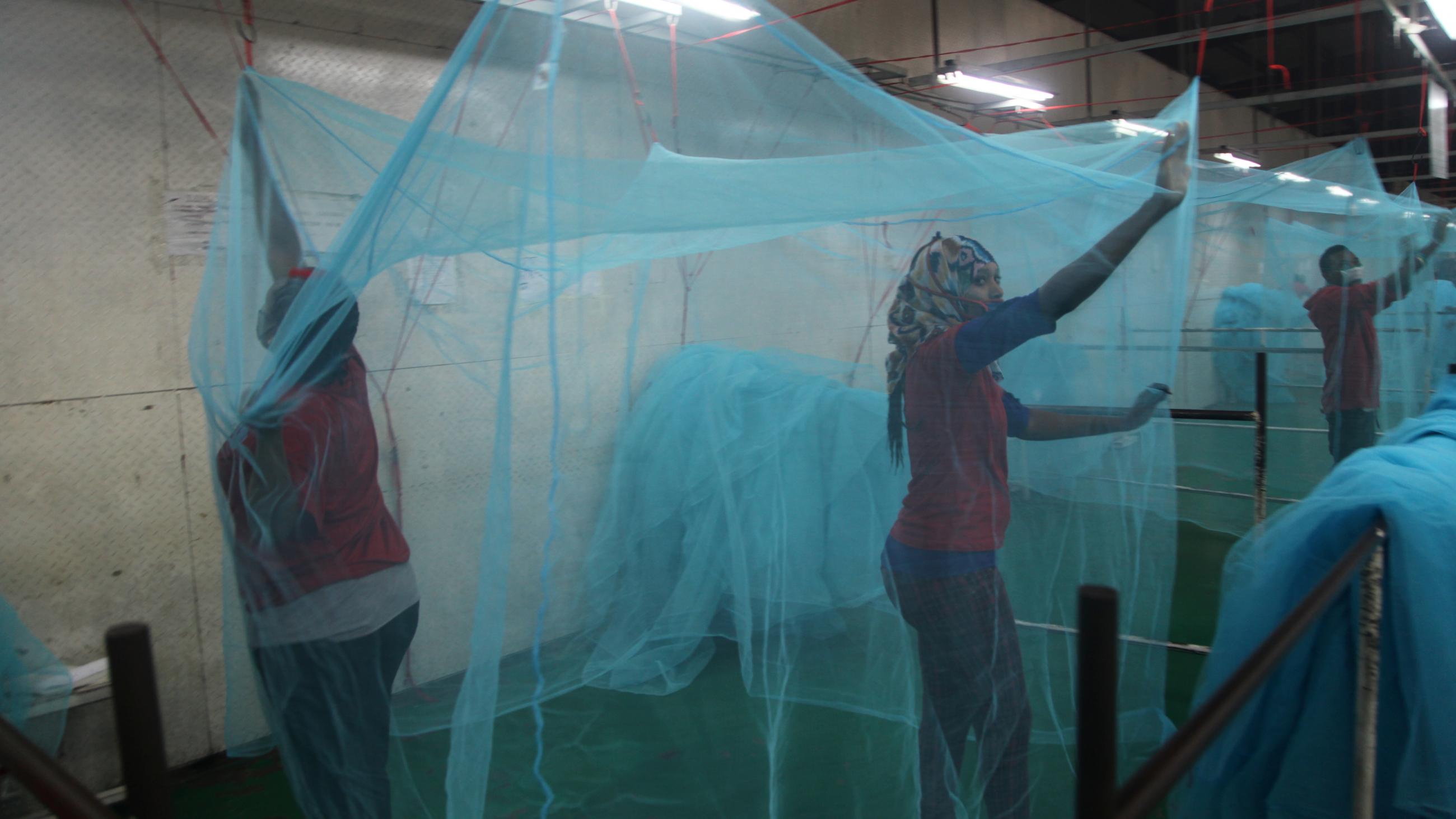 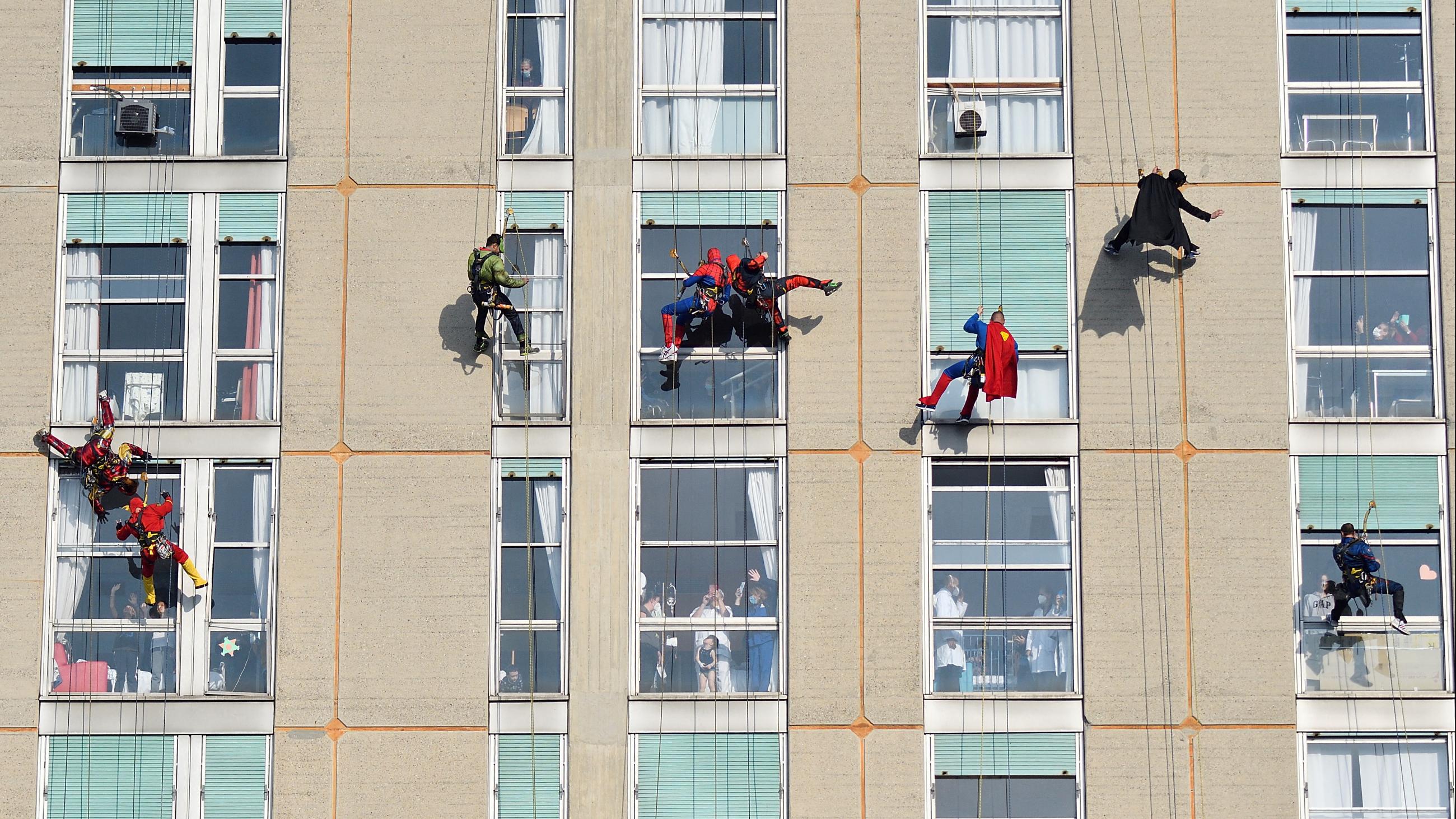 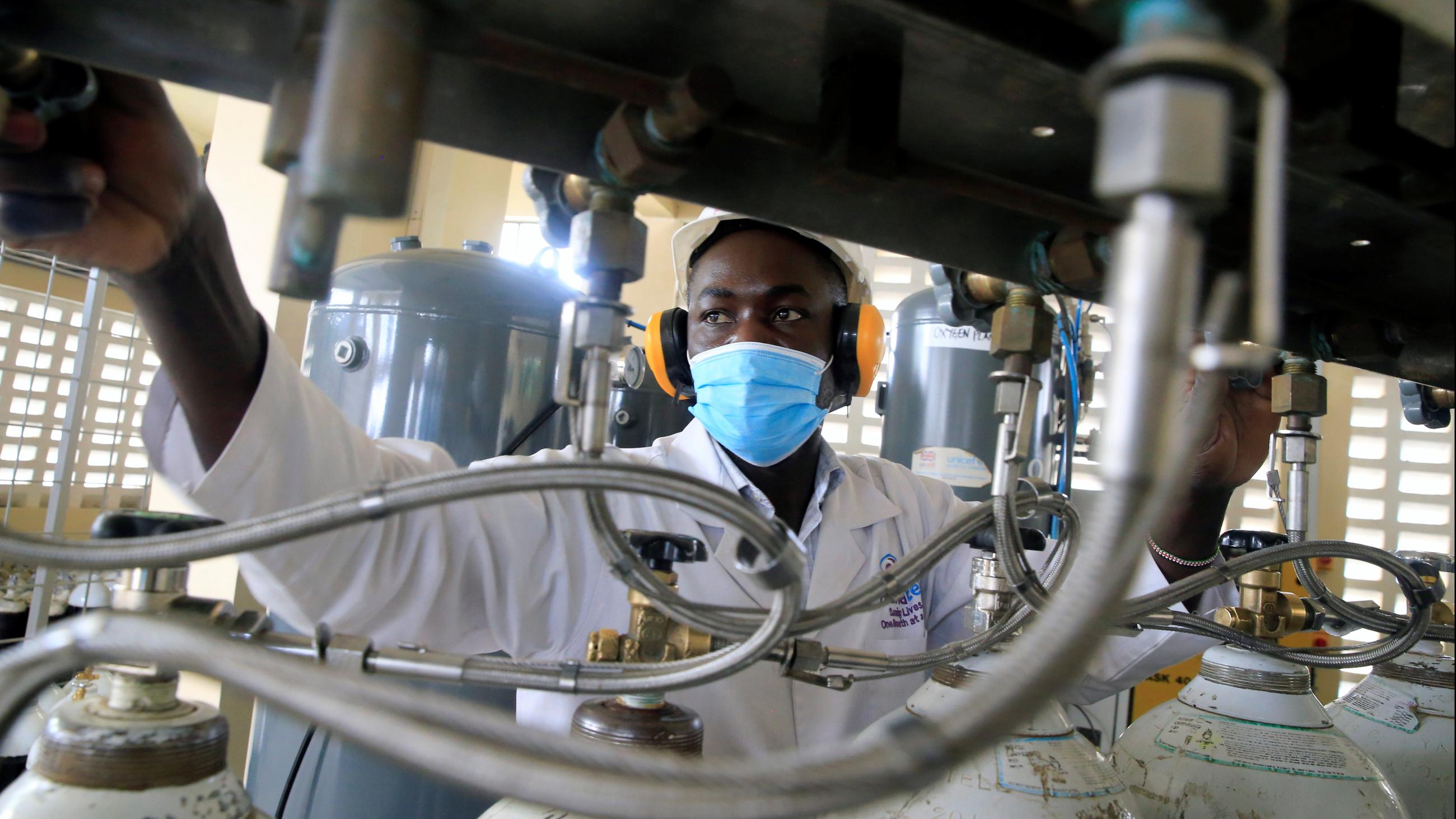 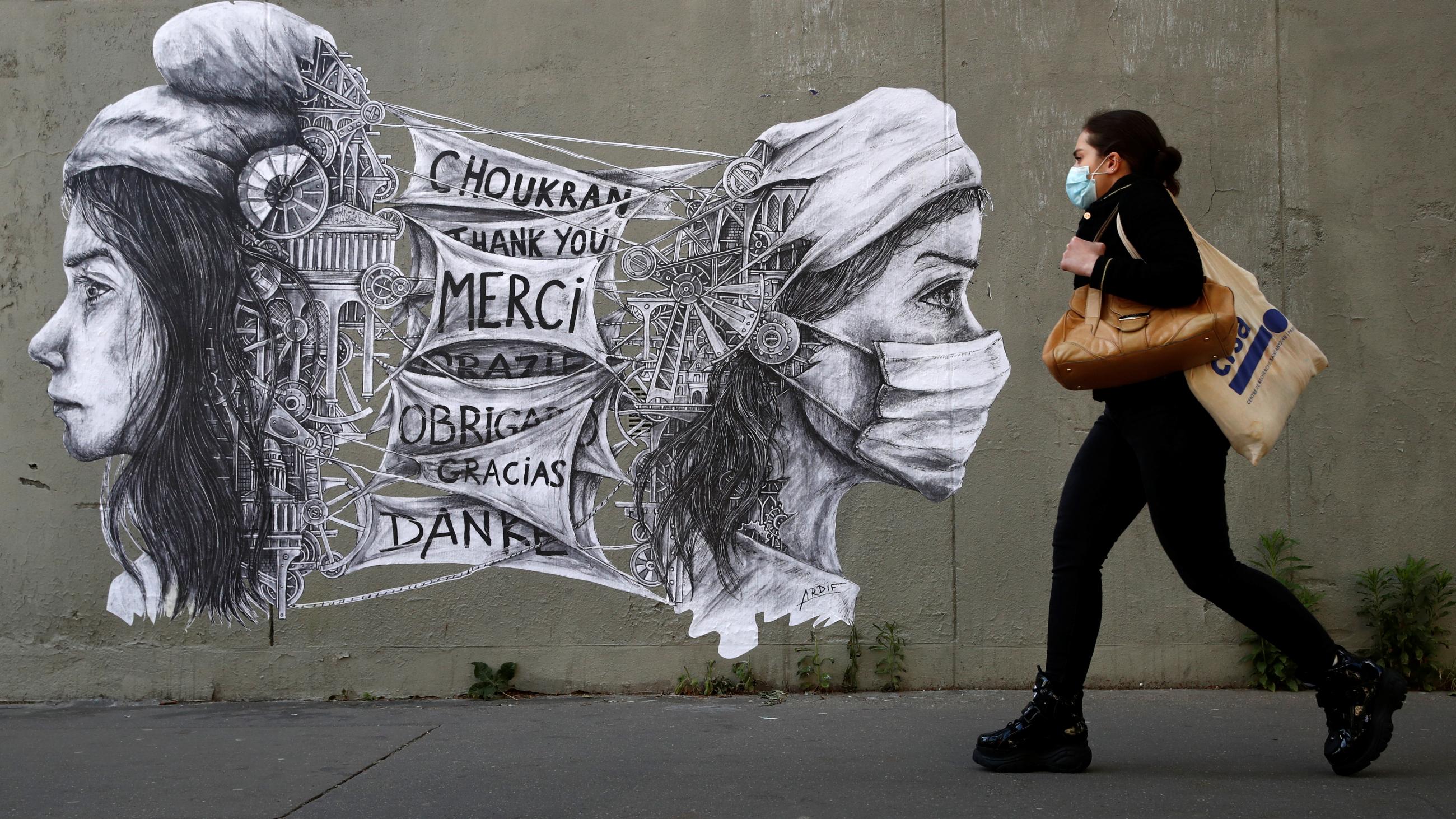 Puerto Rico has achieved a remarkably high vaccination rate compared with most of the United States. According to the Centers for Disease Control and Prevention, 83.6 percent of people from Puerto Rico ages 12 and above are fully vaccinated. In the United States, 70.4 percent of people 12 age and above have been fully vaccinated. Pictured are people protesting in 2015 for improved health benefits in San Juan, the capital of Puerto Rico, and its largest city.

The First Malaria Vaccine for Children

More than 260,000 children in Africa die every year from malaria, a mosquito-borne illness. In October, the World Health Organization recommended the first vaccine for malaria for children in high-risk regions. Use of the vaccine, on top of existing tools to prevent malaria, could save tens of thousands of young lives each year, said WHO Director-General Tedros Adhanom Ghebreyesus. In the photo, taken on October 7, 2021, Pamela Omboko, a nurse at the Yala Sub-County Hospital Mother and Child Healthcare (MCH) clinic in Gem, Siaya County, Kenya, administers a malaria vaccine to 2-year-old Jeywellan Ochieng, as she is held by her mother, Julliet Achieng.

Drones for Health in Botswana

In May, the government of Botswana, the UN Population Fund, and the Botswana International University of Science and Technology piloted the "Drones for Health" program. This new program has the objective of combating maternal mortality by delivering life-saving health supplies to remote areas in Botswana via drones. One of the primary features of the program is how it drastically reduces the delivery time of necessary medical supplies. Prior to the program's implementation, delivery of medical supplies could take hours; under the program, deliveries can now take just minutes—hopefully saving lives.

Canada banned conversion therapy for LGBTQ+ people this month. Conversion therapy, which attempts to change a person's sexual orientation or gender identity, has been widely condemned by LGBTQ+ activists and human rights groups. In the photo, LGBTQ+ flags flutter in the breeze following a 2017 flag raising ceremony on Parliament Hill in Ottawa.

In January, the U.S. Food and Drug Administration (FDA) approved a new HIV drug in the form of two monthly shots. Previous and current antiretroviral therapy for HIV has involved taking multiple daily pills. Experts say that the monthly shots could help patients improve their quality of life by making treatment easier and more private. And this month, the United Kingdom approved a new HIV treatment that requires only a bimonthly injection. Pictured here are activists commemorating World Aids Day in Jakarta, Indonesia, on December 1, 2021.

Malaria-Free in China and El Salvador

This year, the World Health Organization (WHO) certified that both China and El Salvador are malaria-free. China has combated malaria for 70 years. In the 1940s, there were an estimated 30 million cases annually. El Salvador became the first country in Central America to receive a WHO malaria elimination certificate. In the photo, employees at the A to Z Textile Mills factory in Arusha, Tanzania, inspect mosquito nets for holes.

Superheroes greeted children outside their windows in the pediatric ward of the San Paolo Hospital in Milan, Italy, on December 15, 2021. Later, they popped inside for a visit.

In November, the African Medicines Agency (AMA) treaty officially came into effect almost three years after it was initially adopted by heads of state and government in the African Union. The goal of the AMA is to strengthen regulatory processes across the African Union and to harmonize the regulation of medical products. In the photo, physician Bernard Olayo, the founder of Hewatele, an innovative oxygen supply company, checks oxygen cylinders ahead of delivery to health facilities in Nairobi, Kenya, on August 3, 2021.

In September, France granted citizenship to twelve thousand people who worked on the frontlines of the COVID-19 pandemic. Among the new French citizens are medical professionals, sanitation workers, cashiers, and cleaning staff. In the photo, a woman walks past street art thanking frontline workers in Paris, France. 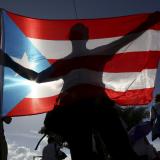 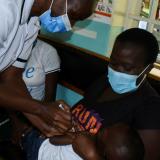 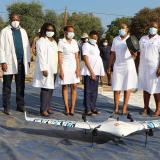 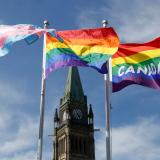 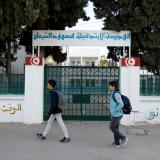 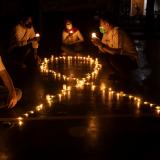 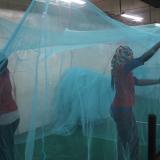 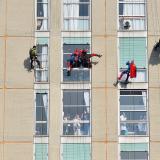 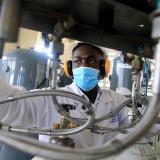 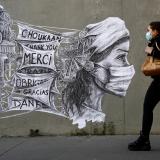 Haydn Welch is a program coordinator with the Women and Foreign Policy Program at the Council on Foreign Relations.