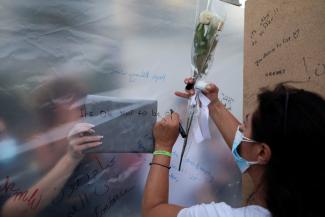 Global health's central goal is to achieve health equity for all people worldwide. Yet, our understanding of health-related inequalities (differences) and inequities ("unfair" inequalities or disparities) is still in its infancy. Efforts toward understanding and solving inequity problems have advanced considerably over the past decade in the areas of communicable diseases, and reproductive, maternal, and child health. But these and other areas of research and practice remain wanting.  Often sidelined, mental health is plagued with inequities in health-care coverage and access issues which contribute to higher rates of illness and death.

Mental health disorders, neurological disorders, substance use disorders, and self-harm (MNSS) are determined by a complex web of interrelated biological, psychosocial, and socio-economic factors, according to the Lancet Commission on Global Mental Health and Sustainable Development. Inequalities and inequities related to MNSS are linked to numerous determinants of health, including geography, social groups (for example, race in the United States and caste in India), economic groups, residence partitions (rural, suburban, and urban), and gender.

"Among mental health disorders, mood (depression) and anxiety disorders have a greater impact on women than men"

Gender-based disparities in mental health and MNSS-linked disability and death persist throughout the world and are linked to several biological and psychosocial factors. In 2019, total MNSS burden—years lived in disability and those lost to early death—in men and women were 3,763 and 3,793 per 100,000 people, according to the Global Burden of Disease (GBD) study led by the Institute for Health Metrics and Evaluation (IHME). However, looking closer at specific conditions or groups of conditions reveals important gender differences.

Among mental health disorders, mood (depression) and anxiety disorders have a greater impact on women than men. Hormonal differences and society's expectations that women conform to traditional gender roles contribute, research suggests. Men have higher morbidity and mortality related to substance use disorders—mainly alcohol use disorders. Endocrine and metabolic differences along with sociocultural and history of substance use are factors, as well. Self-harm burden and suicide deaths are also greater among men compared to women with studies linking suicidal behaviors in men to isolation, negative life events, trauma, unemployment, and drug and alcohol dependence, among other risks.

Gender-based differences in MNSS tend to vary based on the economic standing of countries. For instance, World Bank data indicates that MNSS burden in lower- and upper-middle-income countries (LMICs and UMICs) is much greater than it is in low- and high-income countries (LICs and HICs). This suggests that more resources are needed by MICs in the areas of global mental health research, practice, and financing. More critically, the data shows that mortality and morbidity (illness and death) due to MNSS among men is greater than it is among women in LICs and LMICs while the pattern flips for UMICs and HICs. Countries must design gender-specific mental health policies with attention to specific conditions and contexts.

Even when countries acknowledge gender-based differences and disparities, they don't readily provide recommendations, strategies, or action plans. Only a third of LMICs and less than a fourth of countries in other income groups have policies that provide relevant recommendations.

It is crucial to note that while HICs as a group may not lead with the most countries with relevant policies, they boast the greatest number of documents addressing gender-specific policies, including Australia, New Zealand, the United States, and the United Kingdom.

LICs have the fewest number of gender-based MNSS policies. While most policies that do exist recognize gender differences in mental health disorders, focus on self-harm and substance use is limited and few address neurological conditions.

Lack of acknowledgment and recommendations are not the only impediments to gender-equitable mental health care. Policy mismatch—policies that are not aligned to specific disparities—have been responsible for delaying progress in several MICs and LICs. For instance, in 2016, India accounted for 37 percent and 26 percent of global suicides in women and men, respectively. Indian women suffered greater suicidality than their male counterparts and their suicide rate was twice the global average among women. What's more, suicide is as much of an issue among women in India as it is among men, including a large number of suicides among young housewives. Yet, no MNSS policy in India recognizes this issue nor does the country have a standalone suicide prevention policy or strategy. Policy mismatch is also an issue in Lesotho and Uganda which have the second and third highest suicide rates among women, respectively, but no policy solutions in place. In the Ukraine in 2019, the self-harm burden among men was seven-fold greater among women and five-fold the global average for men, but the country lacks self-harm prevention policies and strategies. Globally, Mongolia faces one of the highest alcohol use burdens, an acute problem in men. However, their substance use policies fail to address it.

While researchers continue to investigate the gender differences in MNSS disease burdens and map biopsychosocial factors responsible for them, global health and public health policymakers need to acknowledge and attend to the gender differences in MNSS. Contemplating which differences are disparities and how best to tackle them is a collective challenge faced by the global mental health community. As our understanding of gender identity and biological sex relationships grows, policies and investments need to keep up with the intersectional considerations for disparities, too. The global mental health equity project must begin with ensuring gender equity.

AUTHOR'S NOTE: We would like to clarify that we intend to be accurate and sensitive toward the issue of gender-based health differences and disparities. As researchers and clinicians, we further appreciate the complexity of the associations among biological sexes and gender identities and roles that give rise to the rich diversity of human self-identity and self-expression. The available data and literature compel us to use the term "gender" quite generically and report mostly on male-female or men-women differences. However, we realize that mental health issues across the gender-sex spectrum vary greatly and need further research and policy attention, particularly for marginalized groups. We hope this article serves as an initial effort in that direction. We do not intend to reduce the issue of gender-based health disparities into reductive binarizations. Hopefully, future research will allow more complete and sophisticated analyses.

Siddhesh Zadey is a global health researcher focusing on noncommunicable diseases, surgical care, health systems, and policy. He is currently a researcher in the Department of Surgery at Duke University School of Medicine in Durham, North Carolina. He also leads the Association for Socially Applicable Research (ASAR), a non-governmental, not-for-profit think tank and student-led advocacy group in India.


Sweta Dubey is a practicing doctor in Nagpur, India, and a co-founder of ASAR. She is the SDG-3 team lead at Green Governance Initiative, a youth-led policy think tank, and a global youth ambassador at Theirworld, a UK-based non-profit working towards global education. Her research interests are child health, health policy, and health systems research.


Pradeeksha Mukuntharaj is a practicing medical officer at a primary health center in Mumbai, India. She is currently working with ASAR on projects investigating social costs of disease burdens, health policy benefits, and other health economics research.


Ashmeet Sachdev is an aspiring psychiatrist and a researcher working with ASAR on mental health problems. She is practicing as a doctor in a peripheral hospital in Mumbai, Maharashtra, India.  She is an advocate for mental health, access to research, and research education and has been involved with multiple non-profits working on these issues.


Anushka Jindal is an aspiring surgeon. Until recently, she was working as a resident medical officer in the Department of Cardiovascular and Thoracic Surgery at Lilavati Hospital and Research Centre, Mumbai, India. She is passionate about working towards solving child abuse and improving access to education among young girls.