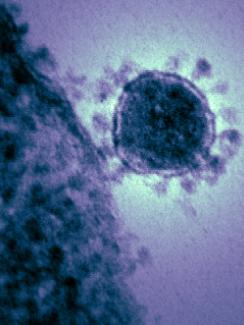 As the coronavirus (COVID-19) crisis escalates globally, with almost two million cases impacting at least 177 countries and territories as of April 13, public health experts globally are inevitably comparing responses country-by-country, and questioning why earlier and more decisive action was not taken in some. There is one nation where such questions are unlikely to be asked, however.

After only one suspected case (now confirmed to have tested negative for COVID-19, along with at least twenty other suspected cases since) Samoan Prime Minister Tuilaepa Sailele Malielegaoi declared a state of emergency on March 21, effectively closing the independent island nation’s borders to the world and dramatically limiting the movement of the population. An escalation of previously implemented measures to reduce travel into and out of Samoa that have been in place since late February, the new state of emergency basically shuts the country down, closing the borders to international travelers (with the exception of returning residents who must provide medical clearance prior to traveling), limiting flights into and out of the country to only four per week, banning public transportation by bus or taxi, closing schools, and calling for church services to be halted—an unprecedented action in a nation whose predominantly Christian faith is central to its identity. With multiple epidemiological models now showing the potential benefit of such measures, the hope is that the country’s case count will remain at zero.

Almost equidistant between Hawaii and New Zealand in the middle of the vast South Pacific Ocean, Samoa is an independent island nation of a little over two hundred thousand people.

On lists of places to visit before they become famous, Samoa is known to most as a tiny tropical paradise

A consistent feature on lists of places to visit before they become famous, Samoa is known to most as a tiny tropical paradise whose most famous exports include the world heavyweight champion boxer Lupesoliai La’auli Joseph Parker (the former names are his Samoan chiefly title), the Tuilagi family of rugby players, Duane "The Rock" Johnson, and Auli’i Cravalho, the breakout star of Disney’s Moana. For me, it has been home to more than 10 years of public health research, designed to support the local government in their efforts to curtail a rapidly increasing burden of chronic diseases like obesity, diabetes, and hypertension.

After dealing with an outbreak of measles in 2019, Samoa as a nation can ill afford another catastrophe. Starting in September 2019 the measles outbreak affected more than 5,700 people, mostly children, with 83 lives lost (coincidentally, a measles death rate among confirmed cases of 1.46 percent, which mirrors some of the recent global estimates for COVID-19).

At the time, many experts commented on how the measles crisis exposed a woefully underprepared health system. Less attention has, however, been paid to the success of the decisive action that ended the outbreak. Following an emergency declaration by the prime minister in response to the measles outbreak, schools were closed and families were asked to shelter in place. Eventually, the entire nation was locked down for forty-eight hours, the population banned from the roads, to allow public health teams to reach all families in need of vaccination. Vaccination was mandatory for all, and people who were actively opposing the prime minister’s action or offering alternative treatment, like prominent local anti-vaccine campaigner Edwin Tamasese, were arrested, temporarily jailed, and prevented from voicing their opinions on social media.

At the time, some in the global anti-vaccine community like Taylor Winterstein, whose husband is a famous Australian rugby star, likened Samoa’s actions to those of Nazi Germany and cited them as being in opposition of the population’s basic human rights. There were calls in the country for the leaders of the ministry of health to resign. Now, similar top-down measures have become commonplace worldwide, and it is reassuring to know that the Samoan health leadership—still in place—has weathered one storm and can hopefully help the nation weather another.

As other nations race to develop emergency preparedness plans, Samoa is again taking decisive action. The measles outbreak has unexpectedly prepared them to face this new challenge. This time they have experience to draw upon: a designated health facility, away from the densely populated capital has been established, isolation tents donated by the United Nations Children's Fund (UNICEF) during the measles outbreak are already erected in the National Hospital grounds to serve as clinical wards or triage facilities, separating people with suspected cases of COVID-19 from others seeking routine care, and the National Emergency Operations Center—led by the Ministry of Health and whose tireless and dedicated members are likely still physically and emotionally exhausted from their 24/7 responsibilities during the measles outbreak—has been reassembled. During the measles outbreak, local telecommunication providers supported a sophisticated case-tracking and vaccination-coverage system that could be remobilized and repurposed for a new crisis.

Beyond that critical infrastructure, the training of health-care workers was serendipitously enhanced to respond to coronavirus because of the measles outbreak last year. Severe respiratory illness was a feature of many of the hospitalized measles cases. The fact that clinicians, nurses, and other support staff were required to work well outside the constraints of their usual specialties to address the measles crisis, and the fact that international specialist teams descended on the island in droves, providing much-needed critical care education, all means that Samoa has been left with a remarkably capable, flexible, and resilient workforce (albeit a small one) to call to action.

Samoan health authorities are wasting no time reapplying the lessons learned in the measles epidemic: that early and significant action pays off

The country also has strong epidemiological capacity. The Ministry of Health’s surveillance team and officials at the Samoan National Emergency Operations Centre know what needs to be done to ensure the comprehensive contact tracing that is so necessary to prevent community spread. After a measles campaign marred by public misinformation, they also now know how to address the concerns of a worried population with clear and consistent public health messaging—thousands of flyers, social media campaigns, door-to-door educational campaigns, and other strategies are already being deployed. Whether it will succeed has yet to be determined, but for now Samoan health authorities are wasting no time reapplying the lessons learned in the measles epidemic: that early and significant action pays off, that steady and decisive leadership matters, and that an engaged and educated community, who trust their public health professionals, will act to protect their families and their nation.

Of course, this is not measles. Like almost everywhere in the world, Samoa is facing a shortage of testing capacity, medical equipment, and personal protective equipment. Unlike measles, there is no coronavirus vaccine, and the clinical complications may be more challenging to handle. With COVID-19 there will be very little opportunity for an international aid response. The United States, Australia, China, Israel, Japan, New Zealand, and the United Kingdom—who were among the many who responded to Samoa’s call for support late last year—are all dealing with their own outbreaks. While life may be slowly resuming in China, cases continue to increase at an alarming rate elsewhere in the world, exposing critical flaws in health-care systems we previously imagined to be light years in advance of those in low- and middle-income countries.

It remains to be seen whether Samoa will weather this storm and avoid COVID-19. Their almost accidental preparedness came at huge cost to the nation, and is not something easily replicated in other settings. But, for now, other island nations facing their first suspected cases may want to look to Samoa and its leadership and take similar decisive action. Few nations have such recent experience with a crisis like this. As they continue to recover from the heartache of the measles outbreak and face this new uncertainty, Samoa should know that in some circles their health leaders have almost as many fans as their national rugby team. As they act, those of us on the sidelines are watching and cheering them on.

Nicola Hawley is an Assistant Professor of Epidemiology (Chronic Diseases) at Yale School of Public Health.