Go to homepage
Reflections on the Election in Pandemic America
Governance 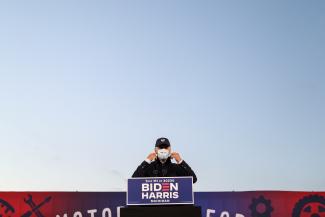 The pandemic did not produce an election that moved the United States closer to resolving problems that have plagued U.S. health politics for decades

No “blue wave” for the Democratic Party happened