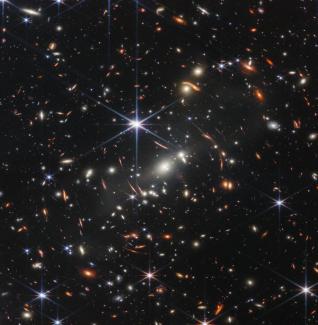 With life on Earth reeling from a pandemic and unprepared for climate change, outer space seems an odd place to ponder global health. But men and women are boldly going into space in ways that humankind has not done before. Scientific, technological, commercial, and geopolitical developments have transformed space activities and, in the process, increased the importance of space for many human activities.

For public health, this transformation presents direct challenges, affects determinants of health, and creates the need to think about human health on, around, and between other solar system bodies. In addressing these issues, spacefaring nations confront political problems that governments have not managed well in protecting health on the blue planet. With possibly one exception, failure to handle these problems will not threaten global health like a pandemic or climate change, but, in slipping "the surly bonds of earth," terrestrial politics endanger what the new era of space activities means for global health.

Adopted in 1967, the Outer Space Treaty (OST) provides the international governance framework for space. The treaty seeks to ensure that the exploration and use of space should benefit, and be in the interests of, all countries. It bans nations from claiming sovereignty over space and celestial bodies and placing weapons of mass destruction in space. The OST treats space as an extraterrestrial commons accessible to all countries for peaceful activities that benefit humankind.

Space-based capabilities are important in efforts to achieve the UN's Sustainable Development Goals, including those relevant to health

Since 1967, countries and companies have made increasing use of space by launching satellites to facilitate communications on, and gather information about, the Earth. Governments and societies have grown dependent on space-based information and communication technologies (ICTs), including Earth-observation and global-positioning satellites. This dependence deepened as digital technologies and the internet converged with advances in satellite capabilities. This convergence has expanded with the launching of thousands of small satellites in constellations that, among other things, can increase internet access around the world. Such increased access produces more dependence on space-based ICTs.

Space-based capabilities are important in efforts to achieve the UN's Sustainable Development Goals, including those relevant to health. Gathering, processing, and sharing information are critical for public health. ICTs are a determinant of health, which magnifies the growing importance of space-based capabilities. In particular, improvements in collecting, analyzing, and disseminating information from Earth-observing satellites are making available more and better data on environmental and socioeconomic conditions valuable for evaluating and managing threats to public health.

Microbial Transmission in the Solar System

The OST contains provisions designed to reduce the risk that space activities will transport terrestrial materials, including microbes, to other solar system bodies that could interfere with the search for life beyond Earth, known as forward contamination. More relevant to global health, the OST seeks to ensure that returning space missions do not introduce extraterrestrial matter that could harm the Earth's biosphere, called backward contamination.

The obligations on backward contamination have guided precautions for bringing material from the Moon and asteroids to Earth. The most important future mission is Mars Sample Return (MSR). The U.S. National Aeronautics and Space Administration (NASA) and the European Space Agency plan to bring samples collected on Mars by the Perseverance Rover to Earth in the early 2030s. The risk is low that such samples would threaten public and environmental health, but MSR will treat Martian material as a potential biohazard when collecting, transporting, containing, and making it available for study. Biosafety and biosecurity standards used in laboratories that handle dangerous pathogens guide the MSR strategy.

Returning humans to the Moon—the goal of NASA's Artemis program—and sending them to Mars have become high-profile missions with public health implications on Earth and for lunar and Martian activities. As recognized with the quarantine of astronauts returning from early Apollo lunar missions, sending humans to, and returning them from, extraterrestrial bodies requires measures that minimize the risk of astronauts introducing dangerous diseases to Earth.

The concern is less that the Moon or Mars harbors killer pathogens (or, with apologies to science fiction, astrophages) than the potential for microbes carried by astronauts to mutate under the harsh conditions on the lunar and Martian surfaces. Ambitions for lunar missions include sustaining human crews on the Moon supported by orbiting spacecraft. Sending and returning astronauts will require monitoring public health in this Earth-Moon system. Research from the International Space Station and Space Shuttle missions on the effects of human presence in space will inform these tasks. The greater distance of Mars from Earth and its more dangerous environment mean human missions to the red planet will be less frequent. But the well-being of astronauts traveling to, orbiting, and landing on the red planet—and during and after their return to Earth—adds an interplanetary dimension to public health.

The risk that a large asteroid could hit the Earth and cause catastrophic damage to part or all of the planet is receiving increased attention. Such an event would constitute a global health nightmare far beyond the one that COVID-19 produced. Earlier this year, NASA successfully completed a "proof of concept" mission for planetary defense when it altered the orbit of a small asteroid by slamming a spacecraft into it. According to NASA, this mission marked the first time humanity changed "the motion of a celestial object" and was "the first-full scale demonstration of asteroid deflection technology." This success means that defending Earth against "planet killer" asteroids might be possible.

Heightened private-sector interest plays a role in the expansion, innovation, and acceleration now characterizing space activities. The commercial impact was captured iconically when Elon Musk launched a Tesla into space during a test of a SpaceX rocket. This launch and other incidents have raised concerns about the regulation of commercial space activities, including the launch of small-satellite constellations, commercial missions to the Moon, and ambitions to colonize Mars. The regulatory issue bears watching. Commercial activities contribute to space's importance to global health, touch on the challenges about public health in space, and—as discussed below—are involved in problems that threaten exploration and uses of space.

Tragedy of the Outer Space Commons

The excitement about space activities is tempered by problems that create risks for outer space as a frontier for global health. For example, orbital debris—or space junk—created by launched rockets, inoperable and damaged satellites, and tests of anti-satellite weapons poses an increasing threat to satellites on which many human activities, including public health, depend. Orbital debris is a tragedy-of-the-commons problem caused by inadequate regulation of space as a shared resource. This kind of problem damages global health on Earth through, for instance, the failure to mitigate climate change. Echoing the concept of sustainable development, the dangers created by orbital debris inform efforts to achieve sustainable space.

As seen during COVID-19, balance-of-power and ideological competition adversely affects global health. Geopolitics also shapes the new era of space activities. Creation of the U.S. Space Force signaled that the United States considers space a realm of military competition and potential conflict. In Ukraine's fight against Russia, SpaceX's Starlink satellite constellation "has become an integral part of the country's military and civil response to Russia's invasion." A new space race is underway, this time primarily between the United States and China. Geopolitical competition informs American, Chinese, and Russian space activities concerning kinetic and cyber threats to satellites, the International Space Station, and missions to the Moon and Mars. The importance of space to global health is vulnerable to great power politics.

From Earthrise to the Webb of Wonders

The Apollo program produced the famous "Earthrise" photo showing Earth in a new way—as a beautiful planetary ecosystem that deserves to be preserved. The wondrous images being captured by NASA's James Webb Space Telescope likewise provide ways for people to marvel at the universe in which the singular Earth exists.

Space has become more relevant for global health between Earthrise and the Webb telescope. Space-based capabilities provide not only more incredible images but also actionable information on how to protect the interdependencies that determine the health of the planet and its peoples. However, terrestrial politics—and their projection into outer space—impedes using those images and that information to fulfill the shared responsibility to preserve why, in this universe, human health is important.

EDITOR'S NOTE: Visit our "Frontiers" series page to learn more about global health and the deepest realms of the sea, the Arctic, the mountains, and more.