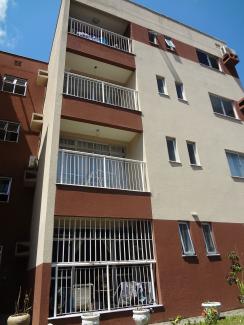 More than half the people in the world today are city dwellers, and that number is projected to grow to more than two-thirds by 2050. Urbanization ushers in profound changes to diet, to housing, to lifestyle, to access to technology and medicine, and to social stratification. Understanding how this urbanization affects human health and how health changes impact urbanization is one of the critical questions in global health today.

A new study published in Nature Microbiology explores the extent to which common chemicals and microbes in the home change across an “urbanization gradient” of four communities along the same latitude in the Amazon rainforest, each one more urban than the next. Funded in part by the Sloan Foundation, the study sent a team of microbiologists, engineers, architects and interpreters to a jungle village called Checherta on the border of Peru and Ecuador—a place so remote they had to access it by canoe. They visited the small Peruvian town of Puerto Almendra and the modest-sized Peruvian city of Iquitos. They also went to the large urban center of Manaus, Brazil and visited both poor and middle-class neighborhoods there.

At each these locations, they visited eight to ten houses that ranged in architecture from primitive jungle huts to modern city flats. They swept up samples from the walls and floors in each house. They swabbed the mouths, arms, noses, feet, (and other areas) of people living in the houses. And they swabbed the mouths, noses, and skin of their pets. A year later, they went back and did the exact same thing again.

The picture compiled from this data gives a comprehensive view of the diversity of household chemicals and microorganisms to which people are exposed across this urbanization gradient, and it included some expected but some surprising results, said Maria Gloria Dominguez-Bello, a microbiologist at Rutgers University in New Brunswick, New Jersey who was a corresponding author on the paper.

They expected, since more urbanized settings are more likely to have homes with painted walls built from industrial building materials instead of natural ones that are more frequent cleaned, that houses in urbanized areas would have an increased diversity of chemicals from construction materials, paints, and cleaning products. That’s exactly what they found, and not surprisingly there was also evidence of fewer parasitic infections, more antibiotic use and more self-reported cases of allergy, asthma and autoimmune diseases.

What they found that they were not expecting was evidence of an increase in the diversity of fungi in the more urbanized settings and on the skin of people living in those places. Household fungal diversity was correlated with the abundance of cleaning products and overall chemical diversity, the team reported last month. “We were surprised by that,” Dominguez-Bello said.

In cities, the rich and poor alike may have limited access to natural spaces, but both have easy access to antibiotics—the drugs are readily available in the bodegas, right next to the batteries, said.

At the same time, she warned, this work was purely observational. “We have no idea what the health implications are,” Dominguez-Bello said. More research is needed to understand how urbanization impacts bacterial and fungal microbiota and how those changes actually impact human health.

We have no idea what the health implications are

Even if we don’t know the exact health outcomes, the new work is more evidence that the built environments in which we live shape the microbiology we are exposed to every day, said Jack Gilbert, a pediatrics professor at the University of California, San Diego who was not involved in the research. “Comparing different environments, different built environments, and determining how those environments select for microbes and chemicals is essential if we are to understand how our buildings are affecting our health,” Gilbert said.

One thing the study showed for sure, said Dominguez-Bello, is the forensic value of taking wall swabs. They could tell if a given swab from a house surface was taken from a wall or a floor, an urban or a rural area, a bedroom or a kitchen, whether the people who lived there smoked or not, what cleaning products they used, and whether or not they took medication.