Go to homepage
Global Health by the Numbers: December 2019
Governance

Global Health by the Numbers: December 2019 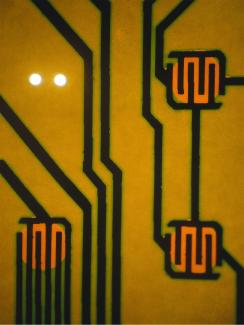 Close-up photo of the surface of a silicon semiconductor chip. WELLCOME COLLECTION/Paul Griggs. CC BY
by Thomas J. Bollyky December 1, 2019

A regular feature at Think Global Health will be sharing the statistics that convey the ways in which health influences and interacts with broader social, economic, and demographic trends. These numbers will help you understand in quantitative terms the global growth of cities, the mass migration of people, the outcomes of a warming climate, the critical trends in agriculture, the global expansion of supply chains, and the empowerment of women and girls. For our inaugural piece, we will focus on the basics.

The cost associated with health damage from ambient air pollution is estimated to be $5.7 trillion, equivalent to 4.8 percent of global GDP in 2016. Source: World Bank Group

Estimated premature deaths (in millions) globally caused by pollution in 2015, accounting for 16 percent of all global deaths worldwide. Source: The Lancet Commission on pollution and health

The number of year in the last decade that were designated the hottest year on record. Source: NASA

Temperature (°F) in New Delhi on June 10, a record for the city reached amid 2019 heat wave. Source: New York Times

Estimated number of people (in billions) who were living in extreme poverty at $1.90 level, in 1990. Source: World Bank

Estimated number of people (in millions) who were living in extreme poverty at $1.90 level, in 2019. Source: World Bank

Exports of goods and services as a share of GDP, 2017. Source: World Bank Group

Share of that low- and middle income countries represent in global trade, 2014. Since 1985, that share has doubled. Source: World Bank Group

Years since WHO officially certified the eradication smallpox on December 9, 1979.  Source:

Millions of people on antiretroviral treatment funded by the President's Emergency Plan for AIDS Relief (PEPFAR), the U.S. government's response to the global HIV/AIDS epidemic.

Percent of international development assistance of health that goes to the cancers, cardiovascular diseases, and other noncommunicable diseases that cause the majority of death and disability in low- and middle-income countries. Source: IHME

Millions of people suffering from undernourishment worldwide, which is roughly one in every nine people. Source: FAO

Percentage decline in the number of people suffering undernutrition since 2005. Source: FAO

Percentage of freshwater use that goes to agriculture globally. Source: World Bank Group.

Billion people are overweight or obese globally, as of 2015.  Source: NEJM

Projected number of people (in billions) who are expected to be living in slums by 2030. Source: Lancet.

Percentage of the population under age 25 in sub-Saharan Africa. Source: UN Population Prospects

Percentage decrease expected in the number of women between the ages 20 and 40 in China by 2050. Source: New York Times.

Millions of girls out of primary and/or secondary school worldwide, in 2016. Source: UNESCO

Women who die from complications in pregnancy or childbirth each year. Source: WHO et al.

Millions of people forcibly displaced worldwide in 2018, the highest levels of displacement on record. Source: UNHCR

Millions of refuges living in “protracted situations,” which UNHCR defines as one in which twenty-five thousand or more refugees from the same nationality have been in exile for five consecutive years or more in a given host country. Source: UNHCR