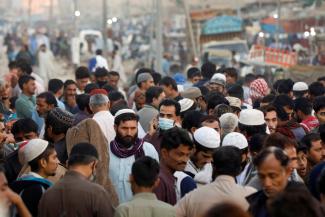 A man wearing a protective mask walks through a crowd of people along a makeshift market as the outbreak of the coronavirus disease continues in Karachi, Pakistan on January 17, 2021. REUTERS/Akhtar Soomro
by Zafar Mirza July 8, 2021

In late February and early March of 2020, every evening I had more than a dozen requests to appear on  prime time television. I was Pakistan's Minister of Health at the time, and reporters wanted to discuss the coronavirus situation and explain why the government was not locking down the country. The media was obsessed and abuzz with this discussion.

Pressure was bulging. Pakistan's top government officials hold regular Tuesday meetings and the country's cabinet ministers were spending more and more time discussing the coronavirus situation. Every meeting began with my presentation followed by heated discussion among cabinet members. A few of us held the view that COVID-19 was a real threat and that we needed to take immediate measures. Others—the majority—thought we were being hyperbolic, scaremongers, and attention seekers and that we were not understanding the effects a lockdown would have on an already rickety economy. The debate between our two camps went on for a few weeks.

That day, I announced far-reaching measures, so called non-pharmaceutical interventions (NPIs), with significant implications for almost every individual in a country that has the fifth largest population in the world—approximately 220 million people. Life would never be the same thereafter. The measures included:

The National Security Council also established the National Coordination Committee (NCC) which I initially chaired and then later, served on as a member. The Prime Minister stepped into the chair role when Pakistan's COVID-19 situation grew increasingly more serious.

Soon, the NCC decided to establish an operational arm, the National Command and Operation Center (NCOC). Looking back, the creation of the NCOC on March 28, 2020, has been the most important decision we made. This civil-military constellation has made a major difference in Pakistan’s response to COVID-19. When people ask me why Pakistan has fared relatively well in dealing with the spread and damage due to the virus—especially compared with our immediate neighbors—my answer is always the establishment of the NCOC. This forum has brought the best of both civil and military personnel together and it functions as a real command and operation center—the COVID-19 "nerve center" for our country. I had the privilege to be part of a very rare occurrence in Pakistan, namely data-driven decision making that ensured real-time implementation. Just as a reflection of professionalism, efficiency and dedication, there has not been a single day since March 28, 2020 that the national epidemiological curves and all critical data from the last 24 hours has not been presented at the regular 10 A.M. meeting of the NCOC. Teams have consistently worked overnight to present the national situation each morning. What's more the NCOC has reached out to everyone in the country who could contribute in any way to improve the understanding and control of the spread of this disease.

All of these actions were taken when Pakistan had only 28 confirmed cases of the novel coronavirus. Our first case was diagnosed on February 26, 2020, but I had already established a National Emergency Core Committee in mid-January which was meeting every other day and then daily after the first case was confirmed. During our meetings, we reviewed the situation over the past twenty-four hours and started taking measures to strengthen screening arrangements at points of entry in the country, especially at our international airports. At that point, when the virus was spreading quickly in China and Iran, our immediate western and eastern neighbors, our strategy was to stop the virus from entering Pakistan via airline passengers coming from these countries.

This early action and stringency paid off well. Despite the lack of a strong national disease surveillance system, our response piggybacked on our existing polio-eradication program and mobilized locally trained field—epidemiologists—trained through the U.S. Centers for Disease Control and Prevention (CDC)—and supported the Field Epidemiology Laboratory Training Program. Utilizing our existing capacities, Pakistan was able to quickly develop a system that has worked.

Another important factor has been our Prime Minister's continued concern about the effect of a generalized lockdown on low daily wage earners. In every COVID-19-related meeting and in all of his public statements, he has stressed this point. There were times when there was an immense pressure by urban elite for a lockdown, but the Prime Minister always thought about those people who would not be able to sustain the financial difficulties that a lockdown could bring about. His insistence on this point implicitly guided us on developing a smart-lockdown strategy, which focused only on those areas where positivity ratio was high and kept the rest of the economy open so people could keep earning a daily living and sustain their families. Prime Minister Khan also provided a 1.5 trillion Pakistani rupee (PKR) [approximately 9.5 billion USD] economic package which included funding for one of the world's largest cash transfer programs to the poor [Ehsaas] and major support programs for small businesses. These programs have been synchronized well with other response measures.

Pakistan quickly built up its polymerase chain reaction (PCR) testing capacity, established a national COVID-19 surveillance and reporting system, expanded local production of personal protection equipment (PPE) in sufficient quantities that it soon started exporting PPE, initiated local production of ventilators, improved oxygen supply production, and added thousands of intensive care unit beds all across the country. Side-by-side with these impressive supply-side developments, the Drug Regulatory Authority of Pakistan also innovated and developed emergency use authorization pathways. All of this occurred on a short timetable and with precise microplanning due to national coordination at the NCOC and efficient and effective implementation of its decisions.

The Pakistani government also heavily invested in risk communication. A large number of technical guidelines and Standard Operating Procedures (SOPs) have been developed with the help of a national technical committee comprised of top experts. Employing appropriate means of communication, the guidelines and SOPs were communicated to different audiences in the country. Through the SOPs and behavior change communication, ways to prevent the spread of disease and personal precautions have been continuously promoted across the country. Apart from traditional communications, a very innovative method was used by partnering with the Pakistan Telecommunication Authority (PTA) using recorded announcements on mobile phones. Every mobile phone user must listen an official announcement about COVID-19 precautions before they make a mobile phone call. In Pakistan 137 million mobile phone users continue to receive these announcements.

In Pakistan, 137 million mobile phone users must listen to an official announcement about COVID-19 precautions before they dial

Pakistan was one of the first countries to register with COVAX, which is ensuring COVID vaccine delivery to low- and middle-income countries. Even though Pakistan is not a vaccine producer, it has managed to receive a steady supply of vaccines from China and Russia but also from COVAX and the United States. We are among the few developing countries where vaccinations are being made available now to the entire adult population. Vaccine registration has now even opened up to individuals who are not Pakistani citizens. The government has set a target to vaccinate 70 million people by the end of 2021.

Pakistan is inundated with interconnected governance and development challenges. Building a timely and effective response to the pandemic as it enveloped Pakistan was fraught with humongous difficulties. But as we say in Pakistan, the best of us comes out during national emergencies, be it earthquakes, floods, terrorism, or wars. COVID-19 is one such national calamity that brought out our best.

Pakistan is a signatory to International Health Regulations (2005), yet it is a long way from developing the required "core capacities" that will prevent, detect, and respond to future health threats. The WHO sponsored a Joint External Evaluation in 2016 for Pakistan, which looked in detail at nineteen technical areas, including pandemic preparation. Comprehensive recommendations were made to improve national health emergency infrastructure, but implementation has been disappointingly slow.

The best time to invest in preparation for emergencies is when there is no emergency.

Dr. Zafar Mirza is the former State Minister of Health of Pakistan, who led Pakistan's response to COVID-19 during the first wave.

A focus on risk mitigation with masks and vaccines

How to Keep Schools Open in the Face of Delta 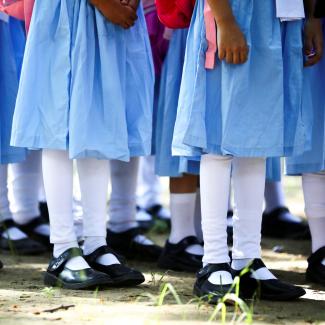 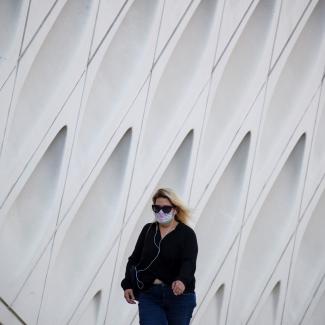 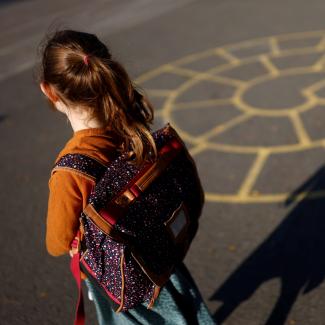 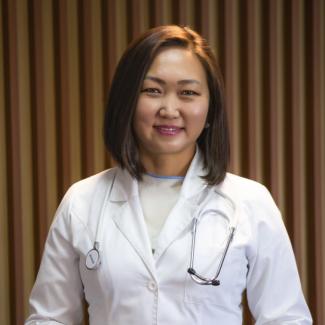