Go to homepage
Fix It or Forget It
Governance

Fix It or Forget It 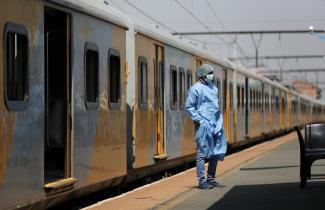 On June 30, the board of directors of the World Bank approved a proposal for a new pandemic preparedness fund. This fund, enthusiastically backed by the United States is, in its current form, built to fail. Numerous groups, from the Africa Centres for Disease Control and Prevention to the World Health Organization's Council on the Economics of Health For All to a range of seasoned activist groups and coalitions, have identified potentially lethal flaws in the blueprint, including a problematic approach to governance, a narrowly scoped list of implementing entities, and an absence of real strategy for ensuring equity, access, and impact. As it stands, this latest global health coffer, officially known as the Financial Intermediary Fund (FIF) for Pandemic Prevention, Preparedness and Response (PPR), seems destined to flounder, if not fail.

So far, the World Bank has merely paid lip service to widespread concerns that what this fund pays for and how it operates will be determined by the World Bank staff and a handful of "founding donors" (European Commission, Germany, Indonesia, Singapore, the United Kingdom, the United States, the Bill & Melinda Gates Foundation and the Wellcome Trust.) According to the World Bank, these founding donors will, in the coming weeks, make the "ultimate decisions" about the composition of the FIF's governing board, decision-making processes, and the composition and responsibility of the technical advisory board. The World Bank has said it intends to "capture the voices" of civil society and that it will explore how best to include low-income country governments, including the possibility that these governments might serve as "non-voting members" in order to avoid "conflicts of interest."

An approach that consolidates decision-making power in the hands of a small group of predominantly wealthy nations and philanthropies is itself an egregious conflict of interest with agendas of health equity and pandemic response. It cannot be allowed to stand. The World Bank has promised "to work closely with donors and other partners" on the details of the FIF, which it plans to launch in the third quarter of 2022. This is the last possible moment to make changes to an outdated, neocolonial plan that has, so far, garnered pledges amounting to just over a tenth of the estimated $10 billion per year needed. If the governance of the FIF is not substantially altered, it is not worthy of more resources. The Joe Biden Administration has fought for the fund and lauded its approval; now it must act, promptly and publicly, to ensure that communities most impacted by pandemics drive decisions over the new fund's strategies, structure and scope. The World Bank and the Biden Administration face a "fix it or forget it" moment: a last chance to redress the FIF's flaws or move on to more promising initiatives before the mechanics of the World Bank's retrogressive approach grind into motion.

A FIF is an account that receives and distributes donations according to specific purposes and goals. It is a funding instrument that seems, at first glance, uniquely suited to the task of paying for the global public good of improved pandemic preparedness. And there is no question that a global effort to marshal funds to support a shared agenda for building robust health and disease surveillance systems is needed.

There's also ample evidence of what such an effort should look like. Decades of experience with pandemics including HIV, tuberculosis, malaria, Ebola, Zika and more offer extensive evidence about what does and does not works in financing, setting strategy for and achieving impact in global health. No single entity is perfect, but both the Global Fund to Fight AIDS, Tuberculosis and Malaria and the U.S. President's Emergency Plan for AIDS Relief (PEPFAR) have shown the utility and feasibility of: robust leadership by those most impacted and at risk: low- and middle-income countries, marginalized communities, immunocompromised people, women, LGBTQ+ and others; flexible funding matched to community priorities, with encouragement and incentive for ambition and innovation based on the latest scientific evidence; and a governance structure that actively dismantles colonial dichotomies of donor and recipient, vulnerable and protected, and ensures that the new fund is additive, not competitive with other, existing initiatives.

The broad outline of the FIF as presented in a World Bank concept note reviewed by the board prior to approval ignores every single one of these lessons. Aside from Indonesia, the founding donors are predominantly governments and philanthropies based in and representing the interests of high-income countries. The FIF preserves the power structures which perpetuate pandemics and grossly inequitable access to the vaccines, treatments and tests that can bring outbreaks and epidemics under control. Instead of departing from business as usual by immediately instituting a decision-making structure that dismantles donor-recipient dichotomies, the World Bank is doubling down on retrogressive practices.

The governance structure must be inclusive, centering power in the hands of those most impacted by pandemics. Instead of capturing voices of civil society, the World Bank and the founding donors should ensure that civil society have equal voice as decision-making members on the governing board and are part of technical review panels. There is robust evidence that when civil society leads and sets strategy, impact and accountability improve. The FIF's mission should, likewise, be expansive and responsive to country- and community-derived priorities for pandemic prevention and response. Right now, the FIF concept suggests financing a narrow array of "pandemic preparedness" activities, with a heavy focus on surveillance activities that may provide information for high-income countries but will not improve health outcomes for communities.

The FIF should be designed explicitly to attract new funds and to ensure it does not rob Peter to pay Paul, by taking existing financial resources from other pandemic fights, such as HIV/AIDS. Instead, the World Bank Concept Note for this fund positions the FIF as a competitor—a means of maintaining resources that might be allocated to what it dubs "peace time" health concerns—a tone-deaf term considering the preventable, ongoing harms caused by raging pandemics of HIV, TB, antimicrobial resistance, malaria and more.

Even as experts in development and health have enumerated these flaws, the United States has invested precious political capital in fundraising for the FIF, making it a centerpiece at both of its Global COVID Summits. According to individuals close to negotiations over the past several months, members of the Biden Administration have recently been pressuring governments to ante up funds and political support for this new, untested fund even as the United States prepares to host the replenishment funding conference for the Global Fund to Fight AIDS, Tuberculosis and Malaria–-a twenty-year old FIF with a proven track record in financing global COVID-19 emergency responses.

Faced with a vast array of unmet needs on domestic and global COVID-19, and a mile-high pile of competing crises from a tragically incompetent response to a global monkeypox outbreak to gun control to the Supreme Court's assault on bodily autonomy, the White House is putting its precious, limited energy and the unique heft of American endorsement behind a fund that will not avert future crises. This must change, now, while there is still time.

Fundamental changes must be made to the FIF or any other mechanism that seeks to have real impact on people's lives and the risk of future pandemics. First, the governance structure must put low- and middle-income country governments and civil society groups on equal footing with governments and donors from high-income countries in all decision making and governance.

Next, funds to prevent future pandemics should flow through mechanisms that are working right now, notably the Global Fund to Fight AIDS Tuberculosis and Malaria. The Global Fund should be at the head of the queue, before the World Bank's own network of development banks. Yet the proposed, FIF will launch its investments through multilateral development banks (MDBs), the International Monetary Fund and UN agencies, and will only "consider" the Global Fund "once the FIF is launched." Putting MDBs first in line to spend these funds, ignores the track record of failed health investments, including the disastrous Pandemic Emergency Financing Facility. Using entities and approaches that have failed in the past further erodes the trust of low- and middle-income countries who have repeatedly pushed for more accountability from the World Bank.

The past two years of unprecedented crisis have yielded occasional examples of exceptional mobilization and action. But far more frequently, those charged with planning for the future dangerous disease threats are using the opportunity to advance agendas and approaches that pre-date COVID-19 and consolidate power in the hands of wealthy country decision-makers. These maneuvers happen in the fine print of institutional governance and behind closed doors in bureaucracies fond of acronyms and arcana. The White House could put the same energy it's currently investing in forcing a flawed instrument across the finish line into fixing it. This would save lives and redeem the administration's integrity.

Emily Bass’s book, To End a Plague: America’s Fight to Defeat AIDS in Africa, is a finalist for the 2022 Lionel Gelber Prize.


Asia Russell is the executive director of Health GAP.