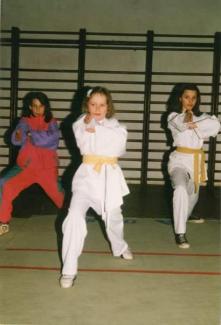 During the war: Early days of my (Maja's) karate training. Wearing a karategi, hand-sewn of bed sheets by my mom, in Sarajevo, Bosnia and Herzegovina, 1994. Elfid Pašović (Maja's father)
by Maja Pašović March 22, 2022

"I would like to state my vision / Life was so unfair / We live in our secure surroundings / And people die out there… / Sure, things would change if we really wanted them to / No fear for children anymore." – The Cranberries

I was five years old when the war in Bosnia broke out. The first Serbian snipers and grenades were launched at Sarajevo, my hometown, in April 1992. My early years, which were supposed to be filled with freedom, joy, laughter, and lightheartedness, turned into four years of constant fear, pain, loss, and devastation. Until the war ended in December 1995, my childhood felt like a never-ending stream of shelling, air-raid sirens, cries, and suffering.

War arrived in my hometown in the blink of an eye. Only months before the conflict started, Yugoslavia had disintegrated politically, following protests and riots between pro- and anti-separatists in the major cities of the six constituent republics (Bosnia and Herzegovina, Croatia, Macedonia, Montenegro, Serbia, and Slovenia). The upheaval paved the way for poisonous political rhetoric, dividing friends, neighbors, and even families by their ethnic or religious affiliation.

My childhood felt like a never-ending stream of shelling, air-raid sirens, cries, and suffering

For four years, the city I knew—the once-celebrated host city of the Winter Olympics—was shelled almost daily, and everyday life was in stasis. Basements and shelters were our new homes, playgrounds, and classrooms. Sarajevo became an abode of war and destruction, a city suffering through a miasma of violence. It was the longest siege of a capital city in modern history. On days when the shelling was lighter, my cousin and I would play with my neighbor's kids on a small patch of grass and concrete in their back yard. The only glimmer of hope that got me through the difficult days was my wish for peace and stability, as naïve as that was at the time. My mother would say, "The hope for peace is never absurd nor naïve. It is the one thing that helps us survive and embrace a better tomorrow and whatever else the future has in store for us."

Now, thirty years later, a child in Ukraine is clinging to that same glimmer of hope—the hope for peace, safety, and tranquility. Another child's laughter is interrupted. A smile is erased from another child's face. Another childhood is torn apart. The fear of loss and devastation now pervades these children's lives.

Only weeks in, the Russian invasion of Ukraine has brought nothing but trauma, violence, and death to children across Ukraine. Reports from the UNHCR and UNICEF show that more than 1.5 million children are among the three million Ukrainian refugees that have fled the conflict to date. As the invasion escalates, the European Union predicts that as many as seven million people could become displaced, causing one of the largest humanitarian crises on the European continent since the 1990s. An increasing number of children have already suffered severe injuries or lost their lives in the war, with safety not being secured even for children with disabilities or chronic illnesses. The speed of migration from Ukraine over the past several weeks alone has already exceeded the 2015 migration and refugee crisis in Europe. Many of the child refugees have been separated from their loved ones, and are fleeing the country unaccompanied and alone.

The hope for peace is never absurd nor naïve. It is the one thing that helps us survive and embrace a better tomorrow

On the morning of February 24, when the news of the Russian invasion of Ukraine flooded the internet and social media, I remember sitting confused in front of the screen, trying to understand what was taking place. I barely slept for the first few days. I remember calling my friends and family in Bosnia and in other parts of Europe to check on them. When the first footage of residential buildings and hospitals in Kyiv being hit by missiles emerged, the memories of my city being shelled three decades ago flooded back to me. I remembered that feeling of being scared that I would never see my parents, schoolmates, neighbors, or extended family again. The possibility of another war in Europe that could take away countless innocent lives and destroy the possibility of a peaceful childhood for so many children seemed like a nightmare vision straight from one of the works of Hieronymus Bosch, a fifteenth and sixteenth century Dutch painter known for his illustrations of hell.

The war in Bosnia was one of the most emblematic tragedies on the European continent following the Second World War, leaving an estimated 2.7 million refugees and internally displaced persons. In addition, the United Nations estimates that close to 105,000 people were killed in the Bosnian war. Tallies of the number of children who died in the war vary, but reports suggest that anywhere between 6,000 and 11,000 children were killed.

The War in Bosnia 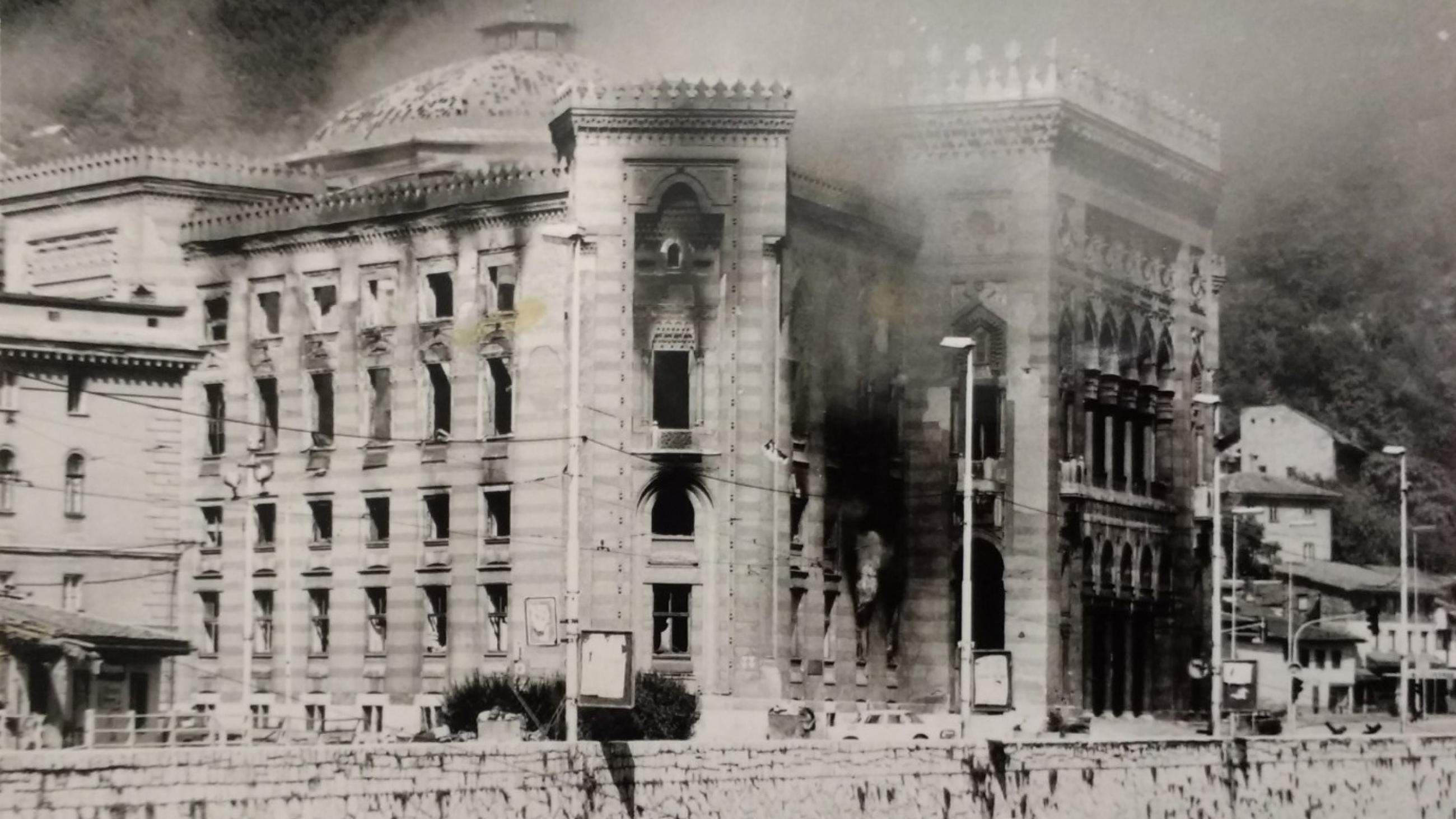 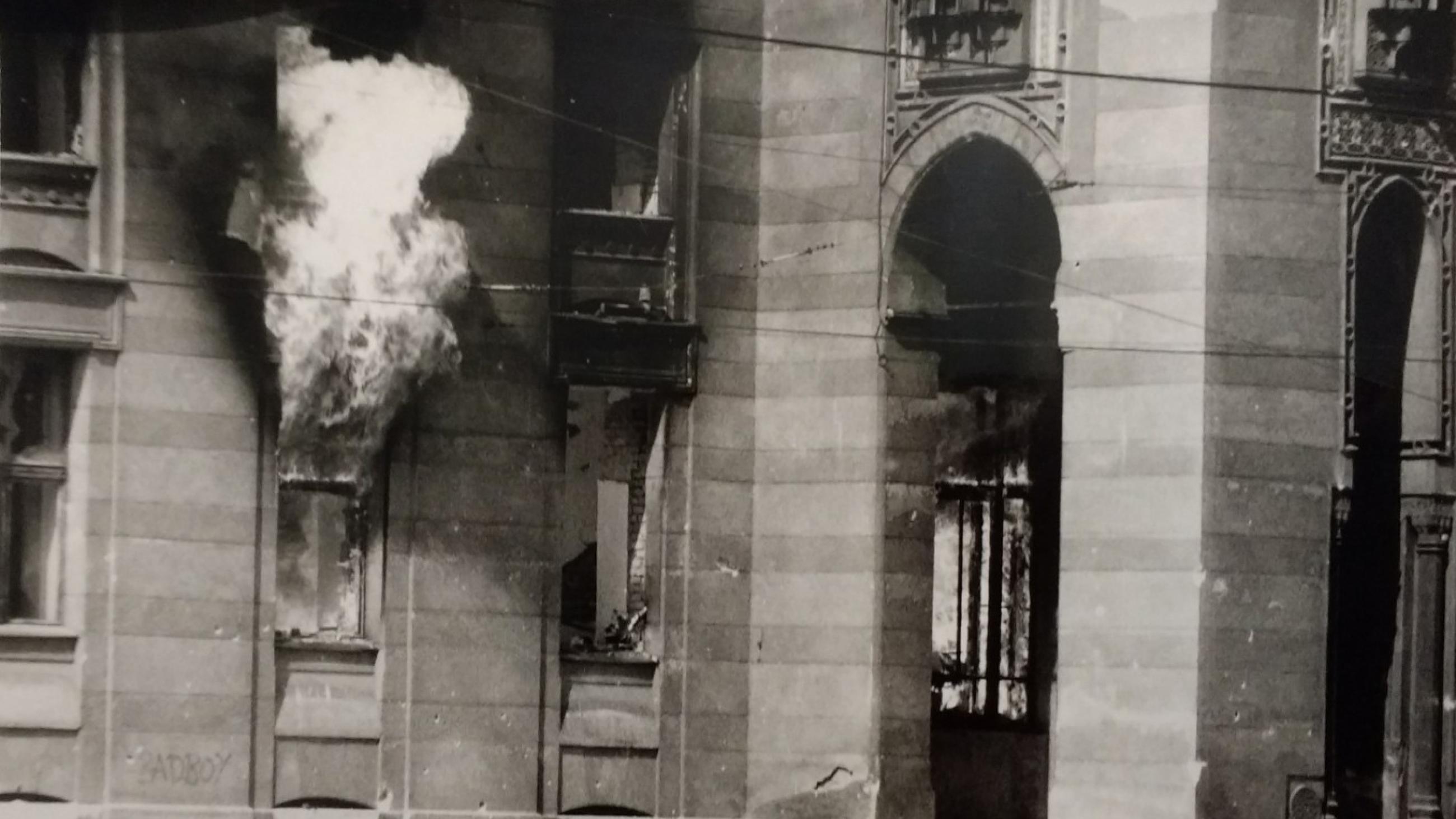 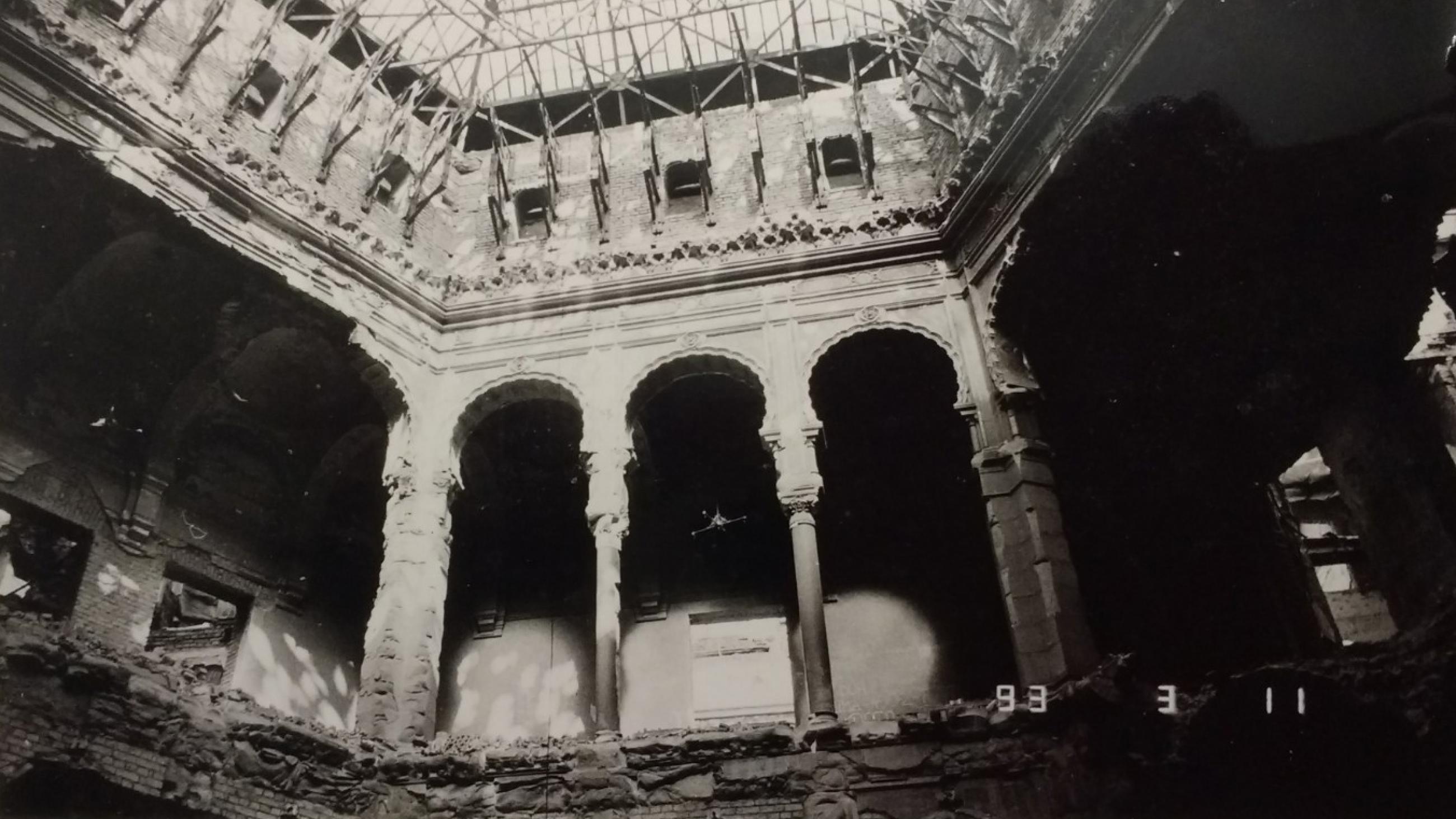 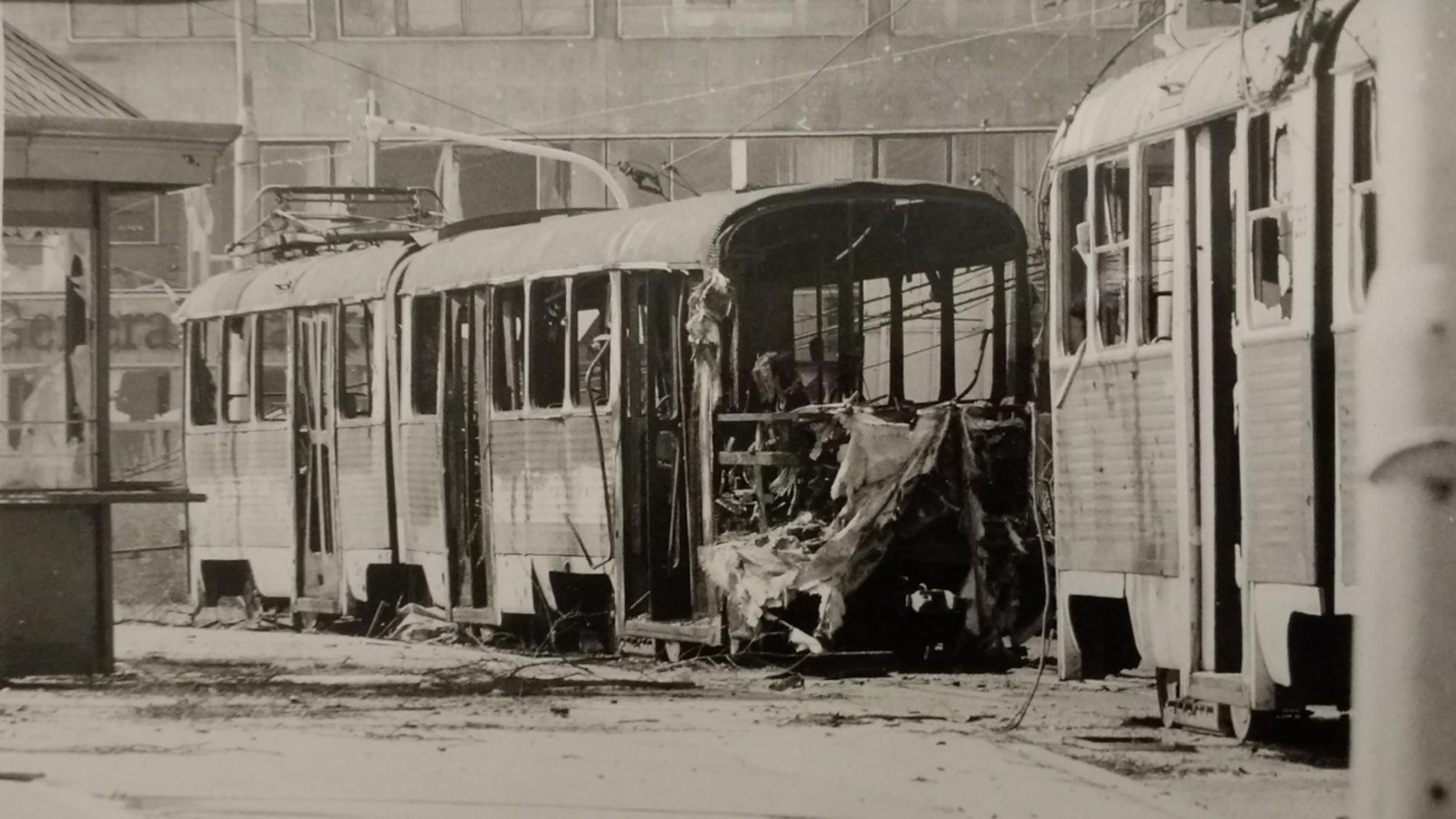 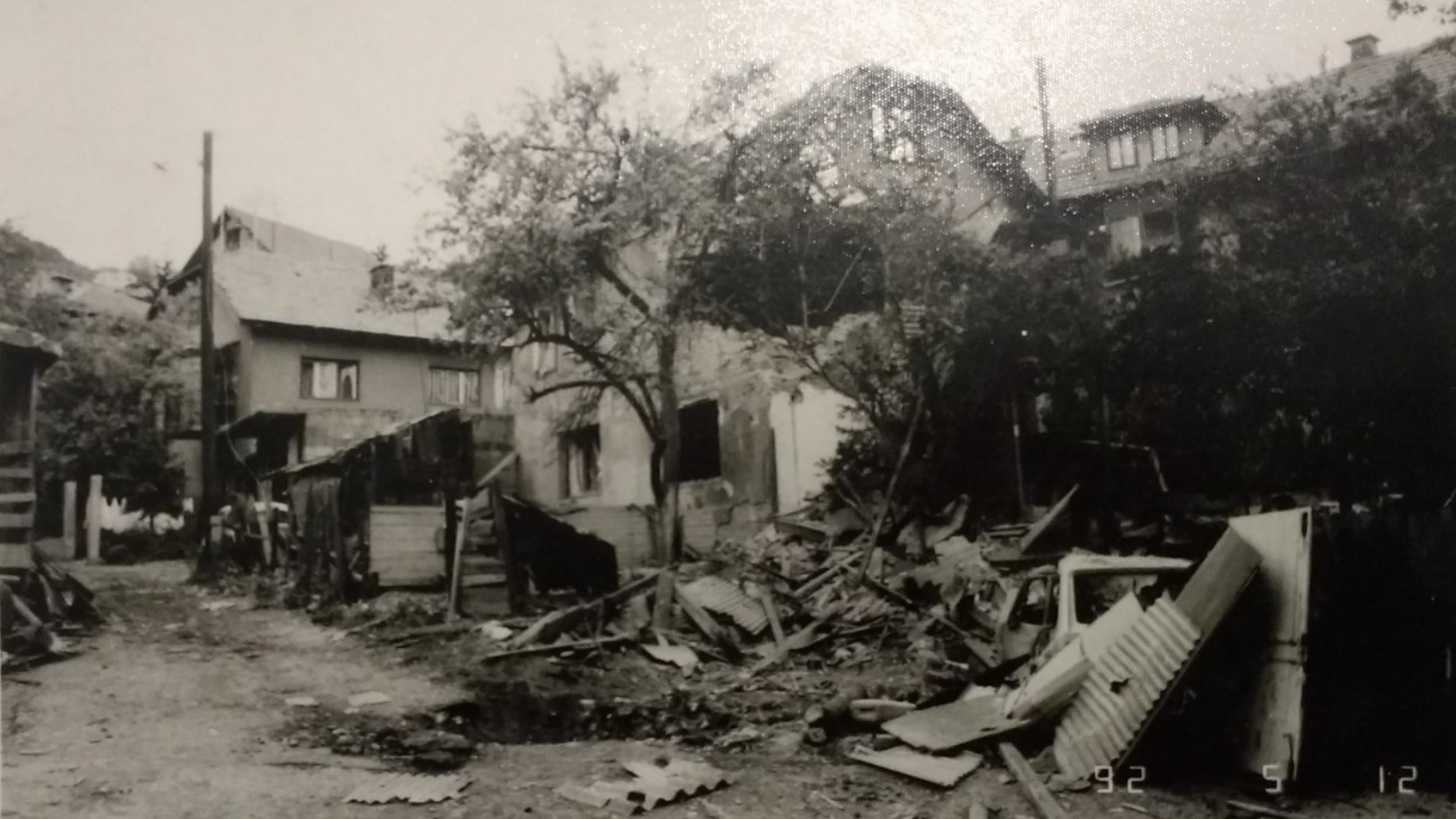 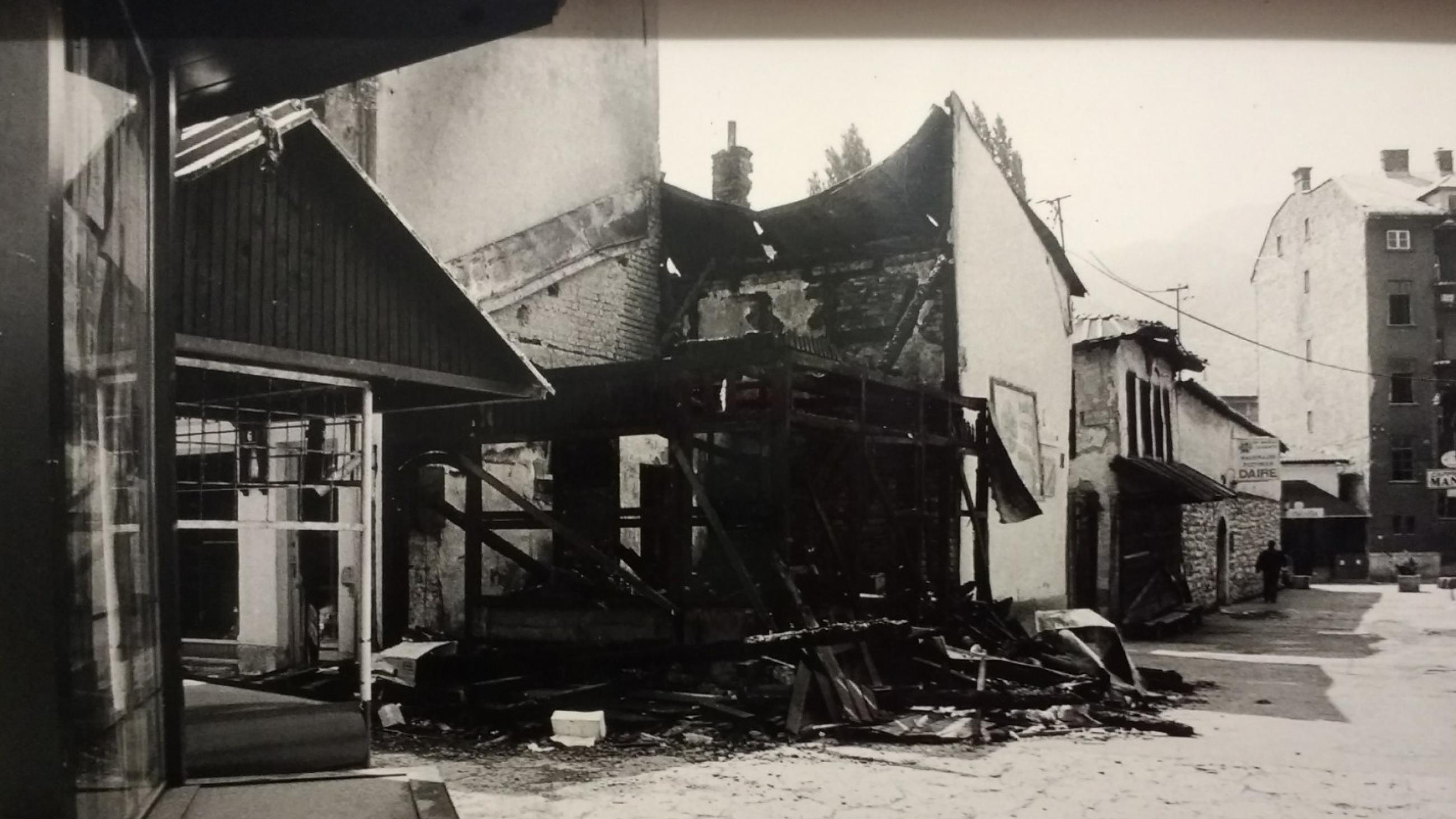 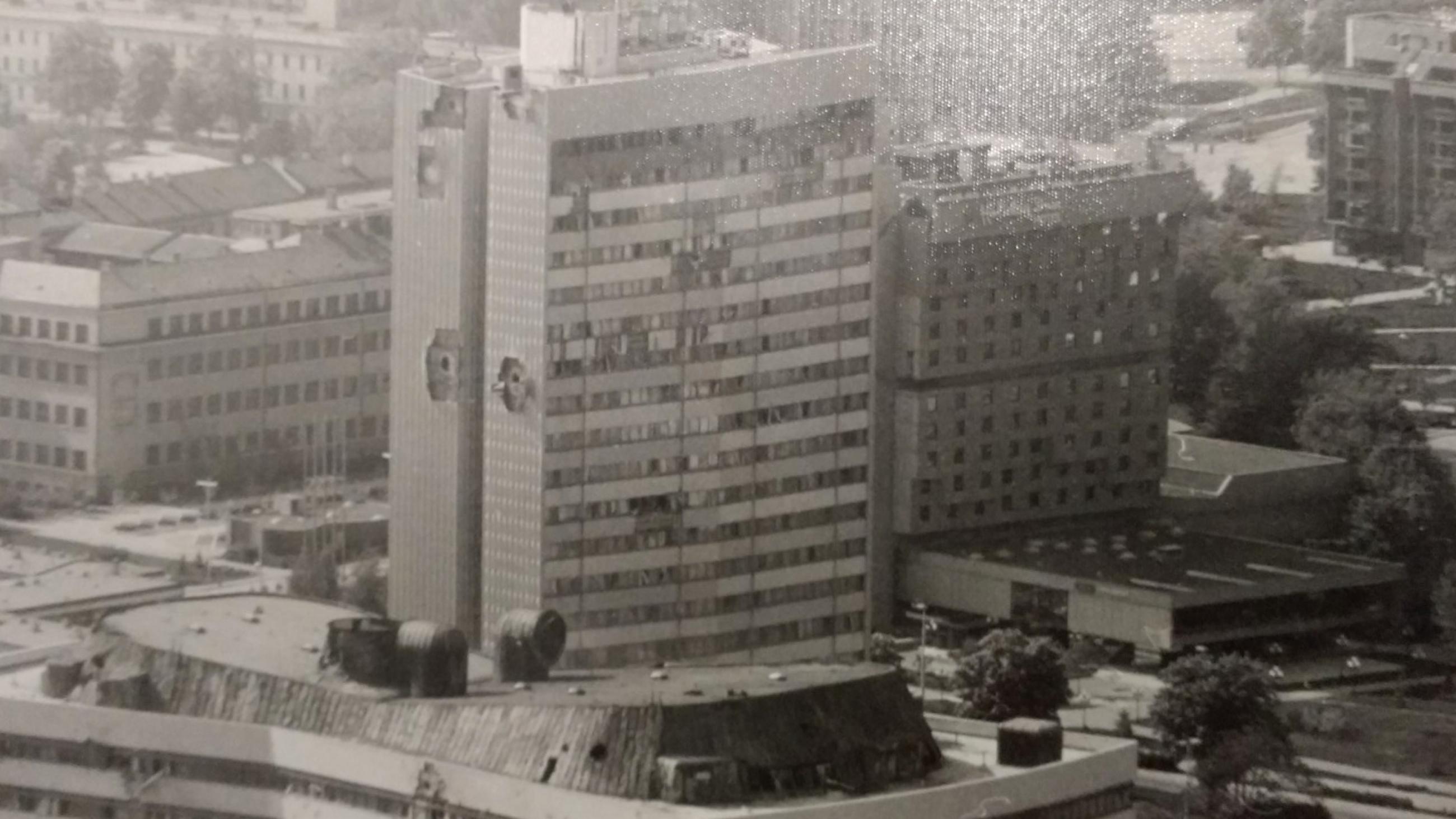 Vijećnica, the City Hall and National Library, is seen set ablaze, in Sarajevo, Bosnia and Herzegovina, on August 26, 1992.

Vijećnica, the City Hall and National Library, is seen set ablaze, in Sarajevo, Bosnia and Herzegovina, on August 26, 1992.

Vijećnica, the city's cultural artefact, is seen destroyed, in Sarajevo, Bosnia and Herzegovina, on March 11, 1993.

Shelled trams are seen on Obala Kulina bana street, in Sarajevo, Bosnia and Herzegovina, in 1992.

Demolished homes are seen in a destroyed neighborhood, in Bistrik, Sarajevo, Bosnia and Herzegovina, in 1992.

Baščaršija, the old bazaar, is seen is ruin, in Sarajevo, Bosnia and Herzegovina, in 1993.

The destroyed Parliament building is seen in Sarajevo, Bosnia and Herzegovina, in 1994. 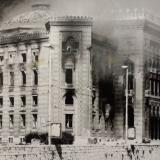 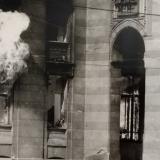 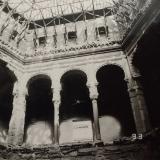 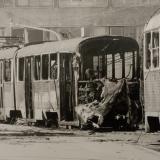 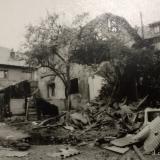 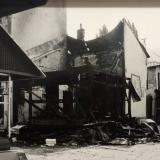 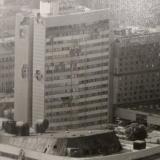 For child survivors, including me, the collective trauma that armed conflicts wreak upon a population can take years to heal. For many, these wounds never heal. Countless people from my hometown and my generation have never escaped the emotional scars of war, not to mention the other damages it inflicted on them by restricting their access to education, social bonding, and health care. When I remember my schoolmates and neighbors from Sarajevo, I often wonder how many of them are reliving this trauma of war, a war that may have detrimental impacts globally, if peace and stability are not realized soon.

Healing the traumas of war is a continuous and difficult process, requiring years of work, patience, and perseverance. Immediately following the war, Bosnia was mired in several years of humanitarian crises. Both veterans and civilians were trying to find some semblance of normalcy and purpose in the post-war period. For children, this period was especially challenging, since war robbed them of the joys and fruits of childhood. For me – and for many other children – the news of peace and stability seemed surreal at first. There was a pervading fear that peace was only temporary. After the war, to overcome the traumas I experienced, my parents enrolled me in a number of activities such as sports and choir. They knew that healthy physical and mental activity would aid in the healing process. Most of all, the things that helped many children from my generation – though everyone has a different coping strategy – were simply time, lots of time, and living a normal life to its fullest. Enjoying life was very strange and surreal at first, but we really learned to savor it. In the war, we learned that life is precious, and that every moment should be lived fully and joyfully.

Enjoying life was very strange and surreal at first, but we really learned to savor it

When the war in Bosnia started, I remember everyone asking, "How could this happen to us? How could this happen here?" A society that prided itself on its mix of cultures, religions, and ethnicities was suddenly attacking itself the way a healthy body destroys itself amid the ravages of an autoimmune disorder. The war turned cities of tight-knit neighborhoods into contending cliques. The people of Bosnia, as well as the international community, were appalled by war in Europe, even more by a war that turned into one of the worst atrocities of the second half of the twentieth century.

Now, with war and destruction raging across Ukraine, world leaders and the international community are once again wondering about what went wrong. The world looks to the future with trepidation and uncertainty. The longer this war lasts, the longer we risk another major humanitarian crisis. The long-lasting impacts of war on the safety, health and well-being of the most vulnerable, especially children, are well known. Ending the war in Ukraine for the sake of new generations will require more than just empty promises; it will require concrete commitment, civil dialogue, and political action. We can only hope that no more lives are lost and childhoods taken away, but that a vision of peace and stability prevails. A world where no child ever loses their sibling(s), parent(s), caregiver(s), or friends to war, and no person experiences the horror of hate.

Maja Pašović is the Engagement Manager at the Institute for Health Metrics and Evaluation (IHME).