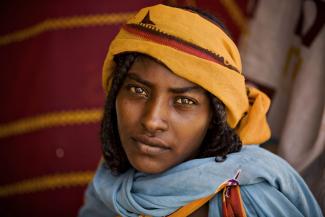 The 9/11 attacks in the United States accelerated interest in the ungoverned and poorest countries around the world—fragile states—due to concern that they presented the greatest security risks. Foreign aid began pouring into struggling countries with the idea that, among other things, health infrastructures could be built in some of the neediest nations. Stewart Patrick, senior fellow in global governance and director of the international institutions and global governance program at the Council on Foreign Relations spoke with Think Global Health about the evolution of health aid to fragile states over the past twenty years.

Think Global Health: Looking back over twenty years, how did 9/11 affect aid for global health, and foreign aid in general.

Stewart Patrick: 9/11 massively accelerated the foreign policy and national security salience of fragile states in U.S. foreign policy. And it renewed attention among U.S. foreign policymakers to the strategic importance of fragile states. George W. Bush said that America was now [after 9/11] more threatened by weak and failing states than we are by conquering ones. Those sorts of statements were repeated chapter and verse across the U.S. government. The U.S. national security establishment became preoccupied with dysfunctional, ineffectual policies and institutions in low and lower middle-income countries—a consensus emerged that these fragile states were the locations we really had to worry about. Global collective security was only as strong as its weakest link.

The rationale behind that—which influenced not just security policy and diplomacy, but also foreign aid and development policy—was that the most grievous attack on the United States in decades, had come not from another great power like Japan in the case of Pearl Harbor, but from a transnational terrorist group operating out of one of the poorest countries in the world. Suddenly it seemed that it was the ungoverned or poorly governed spaces around the world that we had to be careful about. Thomas Barnett wrote a book, The Pentagon's New Map, and his whole theory was that "disconnectedness defines danger." What the United States and its allies had to do was not just cordon off these areas, but transform them and improve the quality of governance and state institutions in some of the most dysfunctional parts of the world.

Think Global Health: How did that affect health development?

Stewart Patrick: We began to see the securitization of development assistance, including health assistance. Before 9/11, I would say global health aid primarily had a humanitarian rationale. The focus was on meeting basic human needs, out of a sense of global equity and social justice. Then 9/11 led us to believe that for our own security we should try to build institutions, including public health institutions, in low-income countries. Other trends contributed to the securitization of global health, of course. One was the growing threat of new and reemerging infectious disease, a risk that the U.S. intelligence community highlighted in a number of reports. The intelligence community even warned that HIV/AIDS, could destabilize major countries. In subsequent years, the SARS pandemic in 2003, and then H5N1 and H1N1, seemed to confirm these fears.

Think Global Health: When we talk about fragile states who's at the top of the list?

Stewart Patirck: Somalia. Afghanistan during the previous realm of the Taliban. A fragile state is basically a country that through lack of capacity or lack of will cannot perform the basic functions that we consider inherent in state sovereignty. And those include providing baseline physical security, some degree of political administration arguably with a measure of legitimacy to it, meeting basic social welfare needs of its inhabitants, and creating at least some sort of a framework conducive to economic prosperity. There are political, economic, social, and security components.

Some of the classic cases of fragile states, even failing states, include the Democratic Republic of Congo, certainly South Sudan, Haiti is a chronic case of state fragility. And then you get to others that do well on certain functions of statehood and not well on others, for instance, Pakistan and Uganda.

During the second term of the George W. Bush administration, the U.S. government began to emphasize "whole of government" approaches to fragile and conflict affected states. The idea was that you should bring together "the three Ds"—development, diplomacy, and defense in engaging these countries, to ensure maximum unity of effort. In practice, what often happened was, because of the budgetary imbalance between the three legs of the U.S. foreign policy apparatus, you ended up having a very wobbly stool. The U.S. Department of Defense has gargantuan resources and what we started to see was Defense getting involved in foreign aid and quasi development activities around the world, often delivering services and supplies to fragile and often conflict-ridden environments. The risk in this imbalance was that it produced an often militarized approach to the world's weakest countries.

Think Global Health: What was the trajectory of that?

Stewart Patrick: It's important to stress that this increased attention to fragile states, which 9/11 propelled, was not restricted to the United States. It was not simply a made-in-Washington-DC phenomenon. Many other wealthy world governments operated on the same assumptions. We also started to see international institutions like the World Bank and the IMF—particularly the World Bank—increase their activity in fragile states. This shift in focus generated a lot of controversy, since many development professionals argued that donor engagement and foreign aid tends to be most effective in good policy and institutional environments. But the reality is that the international community couldn't avoid addressing working in some of these difficult contexts. However, it is not particularly good at helping to build effective institutions where it lacks credible, local partners committed to the country's long-term future and accountable governance.

Think Global Health: Like what happened in Afghanistan? Does that suggest that a strategy of providing health and other aid to fragile states doesn't necessarily work?

Stewart Patrick: In the wake of Iraq, we hoped to build up U.S. civilian capabilities to help nurture effective institutions in fragile states and post-conflict states. And we wanted to work with international partners. What we learned is that state-building is not a technocratic exercise. It is much easier to transfer superficial institutions than to bring about the sort of deep institutional change required for effective, legitimate governance. We found out that we could transfer a a wiring diagram for a Ministry of the Interior, for instance, or train train police and build a bunch of health clinics in Afghanistan—but it was much more difficult to inculcate respect for the rule of law in an environment where there is an absence of social trust. Likewise, your health clinics will fail if they are not actually embedded within a functional health system. It is all too easy to build a bunch of Potemkin Institutions that fall by the wayside. One lesson of Afghanistan is that institution- or state-building is an extraordinarily long-term process and that it is an illusion to believe you can do it from the outside. There are huge trade-offs between doing things fast yourself and nurturing and helping to build global institutions that have local ownership and have local capacity. What so often happened when the U.S. tried to go about things in this way—and this applies to health aid—is the aid it provided was designed to and tied to American contractors. So, a lot of the time the money was just recycled within the United States. Also, the scale of our ambitions was often so hubristic in terms of what we thought we could accomplish. We should have been satisfied with "good enough governance" even if that meant making compromises and accepting much less than perfection.

Think Global Health: What are some of the lessons the United States has learned about working with fragile states over the past twenty years?

Stewart Patrick: I would say there are a number of important insights, but they haven't necessarily been internalized and applied by the United States or other international donors. One is the need for policy coherence within individual donor nations. You need to have all the U.S. agencies involved in a fragile state singing from the same hymnal. Then there is the importance of aligning what you are trying to do with local partners—including not only the national authorities but also local stakeholders and civil society, and what they want. The third element is harmonization—making sure that U.S. health and other forms of development assistance lines up with what other major international donors and international institutions like the World Bank are doing. Multilateral cooperation should not to be an afterthought, but a point of departure for U.S. efforts to advance global health and other goals.